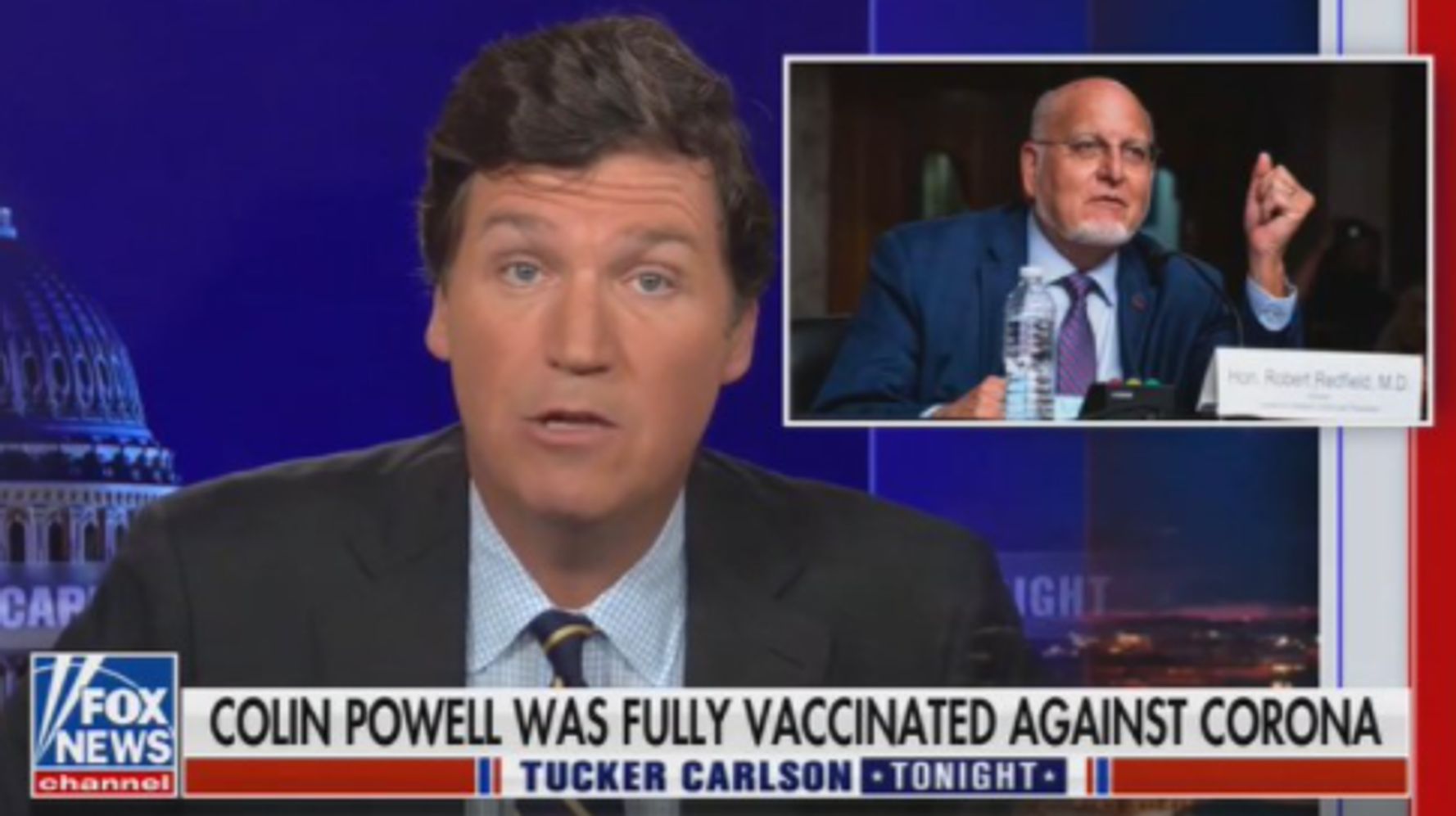 Personalities on Fox News have been slammed for using the death of former U.S. Secretary of State Colin Powell from complications of COVID-19 to question the effectiveness of coronavirus vaccines.

Tucker Carlson, Will Cain and John Roberts each faced backlash for their coverage. Powell, 84, was fully vaccinated but also had multiple myeloma, a blood cancer that attacks the immune system, making him more susceptible to the effects of the virus.

Cain used the news of Powell’s death to rail against President Joe Biden’s vaccine mandates, claim there’d be calls for “more truth from our government” and note that fully vaccinated people are being hospitalized and dying from COVID-19, even though the vast majority of victims now are unvaccinated.

Roberts deleted a widely criticized tweet saying Powell’s death “raises new questions” about the shots, replacing it with a thread saying he was not anti-vaccine.

Carlson, meanwhile, suggested Americans are “being lied to” about the vaccines. He did not appear to reference Powell’s other health issues until the end of his broadcast.

At the very end of his broadcast, Tucker Carlson says he “left out that Colin Powell was suffering from a number of different health problems” when he pointed out that Powell was fully vaccinated when he died from covid complications. pic.twitter.com/CFYcyJXHxU

“The man had just died and this guy couldn’t wait to make it into a fight about vaccine mandates. It is disgraceful,” he said of Cain.

Here we have @TuckerCarlson willfully ignore the fact Colin Powell had a blood cancer that made him immunocompromised. An illness that made him highly susceptible to complications. He’s lying to his viewers about the vaccine. When will he be held accountable? He’s a danger. pic.twitter.com/0XfRACSHAq

Tucker Carlson disrespected the memory of Gen. Colin Powell tonight – using him as a pawn for his disinformation campaign. And I can guarantee that while he was alive, Powell despised Carlson and all he stands for.

Just a reminder, since they aren’t mentioning it: While there have been breakthrough cases and deaths — you are far, far, far more likely to die from Covid if you are unvaccinated pic.twitter.com/Vwzj1bGDE5

Tucker Carlson tonight: “So…do the vaccines really work? Is it still a good thing to get vaccinated? Did Colin Powell die BECAUSE of the vaccines? We’re not suggesting we know the answers. We’re just asking the questions the government won’t allow us to ask.”

Fox News host Will Cain used the death of Colin Powell to rant against vaccines. pic.twitter.com/tOK6axF13S