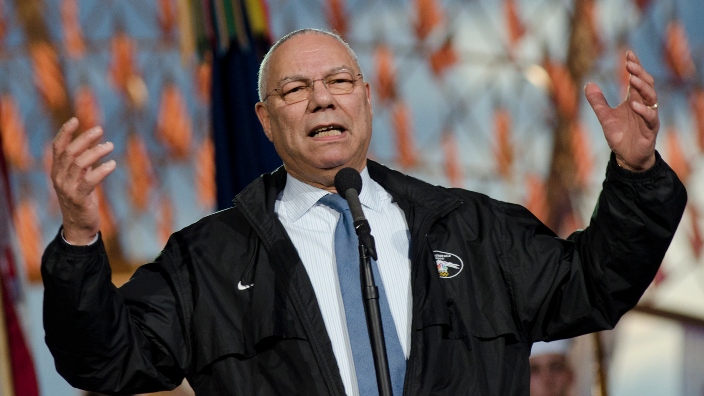 The death of retired Gen. Colin Powell, announced early Monday morning via a post to his verified Facebook page, came as a sad shock to many on these shores and across the world.

In a statement to the media Monday morning, Secretary of Defense Lloyd Austin, the first African American to be confirmed as the head of the Pentagon, said he had lost a close personal friend and mentor.

“It will be impossible to replace Gen. Colin Powell,” Austin shared on Twitter. “He was a tremendous personal friend and mentor to me, and there’s a hole in my heart right now as I think about his loss. My thoughts and prayers today are with his family, and I want them to know I will miss him dearly.”

Reactions to Powell’s death are pouring in across social media, and Powell’s name continues to trend on Twitter. President Joe Biden described him as a “dear friend.”

“Colin embodied the highest ideals of both warrior and diplomat. He was committed to our nation’s strength and security above all. Having fought it wars, he understood better than anyone that military might alone was not enough to maintain our peace and prosperity,” Biden said in a statement.

“Laura and I are deeply saddened by the death of Colin Powell,” former President George W. Bush said in a statement Monday. “He was a great public servant…He was such a favorite of Presidents that he earned the Presidential Medal of Freedom — twice. He was highly respected at home and abroad. And most important, Colin was a family man and a friend.”

Academy Award-winning actress Viola Davis posted a photo of Powell on Instagram and shared a brief tribute: “Oh man! Another great loss! You left a huge legacy and therefore will leave a huge hole! I have an abundance of gratitude for your life. Rest in glorious peace sir! I salute you. Prayers for your loved ones.”

On Twitter, The ReidOut host Joy Reid wrote, “General Colin Powell’s death is so shocking and heartbreaking. He had some tough moments around our wars, but was a fundamentally good and decent man and a great American we could all be proud of. I know my Caribbean-American fam certainly are. Wishing peace to his soul & family.”

“As a Black man just trying to figure out the world, Colin Powell was an inspiration,” New York Congressman Jamaal Bowman tweeted, “He was from NYC, went to City College, and rose to the highest ranks of our nation. Sending love, strength, and prayer to the family and friends of Secretary Powell. Rest in power sir.”

Along with the words of love and respect came contentions that more must be examined in the pioneering military man’s obituaries.

“At the personal level, Colin Powell was a nice man. He was also a trailblazer,” professor, journalist and theGrio contributor Marc Lamont Hill tweeted, “But he was also a military leader and key strategist of an empire that killed countless people and undermined the sovereignty of multiple nations. In our memorials, we must be honest about all of this.” 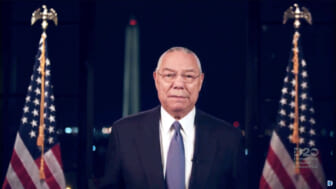 Lt. Col. Alexander Vindman, who was a key witness in the first impeachment trial of former President Donald Trump, tweeted, “Colin Powell was the epitome of a soldier-statesman. Agree with him or not, he was a patriot committed to public service and doing his very best to advance U.S. interests. He left an indelible mark on the U.S. Military and this nation. May his memory be a blessing.”

Others are taking the time to note that Powell’s death from complications of the coronavirus — despite being vaccinated against it — should be clarified by the fact that he was immunocompromised due to previous battles with prostate cancer, Parkinson’s disease and multiple myeloma.

“Although Colin Powell was fully vaccinated, he had been diagnosed with multiple myeloma, a blood cancer that weakens the body’s ability to fight infections,” commentator-author Keith Boykin wrote on Twitter. “The unvaccinated are still 11 times more likely to die from COVID-19 than the fully vaccinated.”