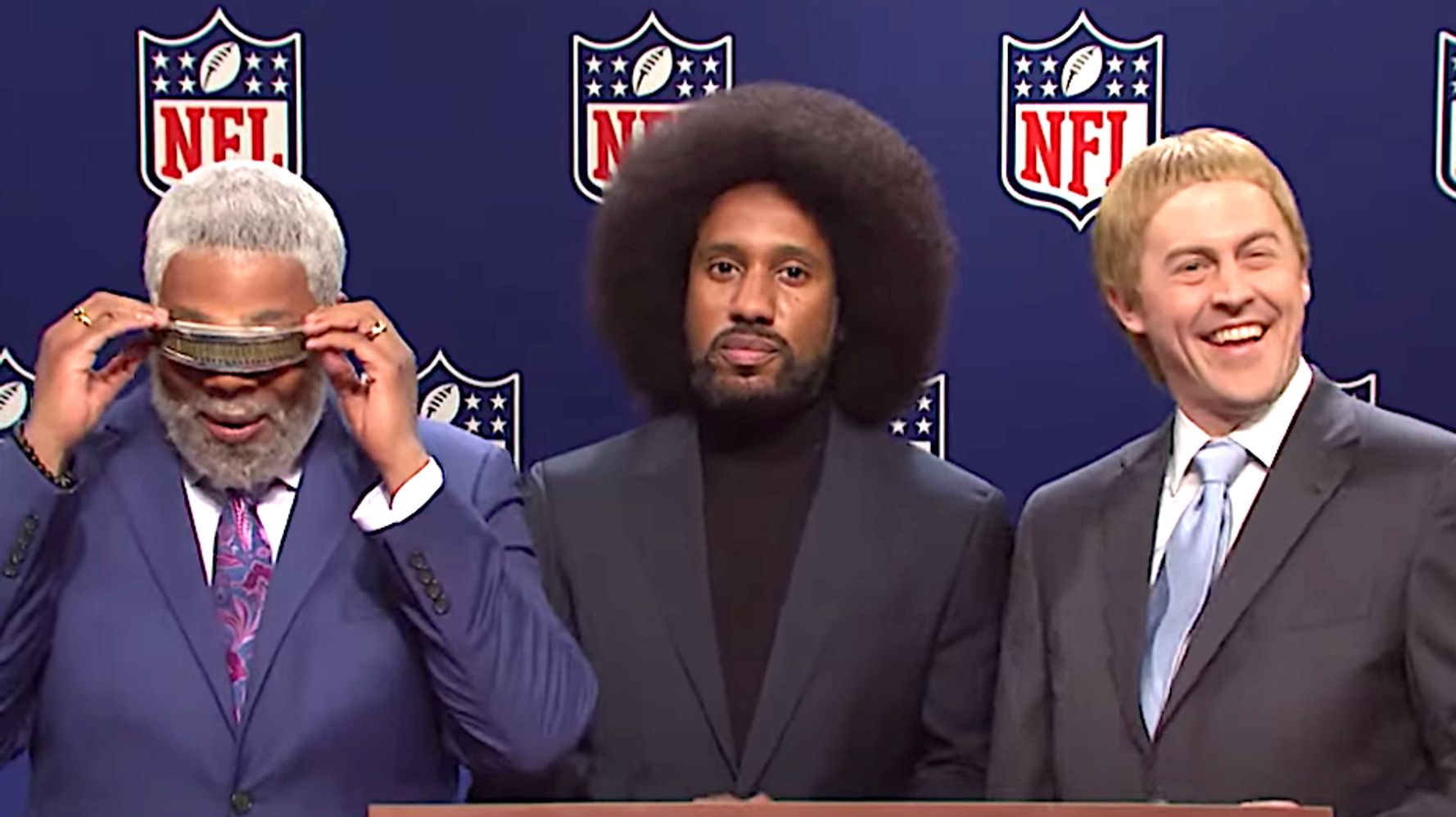 “Wow, so much stuff coming out about the NFL is maybe racist, kind of?” said “Kaepernick,” who was shouldered out of the league after taking a knee to protest racism and police brutality.

“Huh. I wonder if anyone tried to warn people about this before. I’m scratching my head trying to remember who said that,” said Redd. “Scratch. Scratch. It’s almost like that’s the reason they banned me from the league.”

The sketch revolved around the ouster of Gruden after the revelation of outrageous emails he sent when he was an ESPN commentator. “I hope you won’t judge me on one email I sent ten years ago — or the 20 emails I sent last Tuesday.” Gruden (played by James Austin Johnson) said at a press conference.

He was followed by a long line-up of replacement coaches who had to resign immediately because of similar issues.

The bit began with Colin Jost as NFL Commissioner Roger Goodell defending the league. “All 32 teams in our lerague understand that diversity is our strength,” said Jost. “I know that our Black coaches would agree — both of them.”

The last man standing as the new head coach was Kenan Thompson’s LeVar Burton, muddling his roles as “Star Trek: The Next Generation’s” Jordy Laforge and the host of the PBS program “Reading Rainbow.” The bigger problem: He knew absolutely nothing about football.

Check it out in the video clip up top.