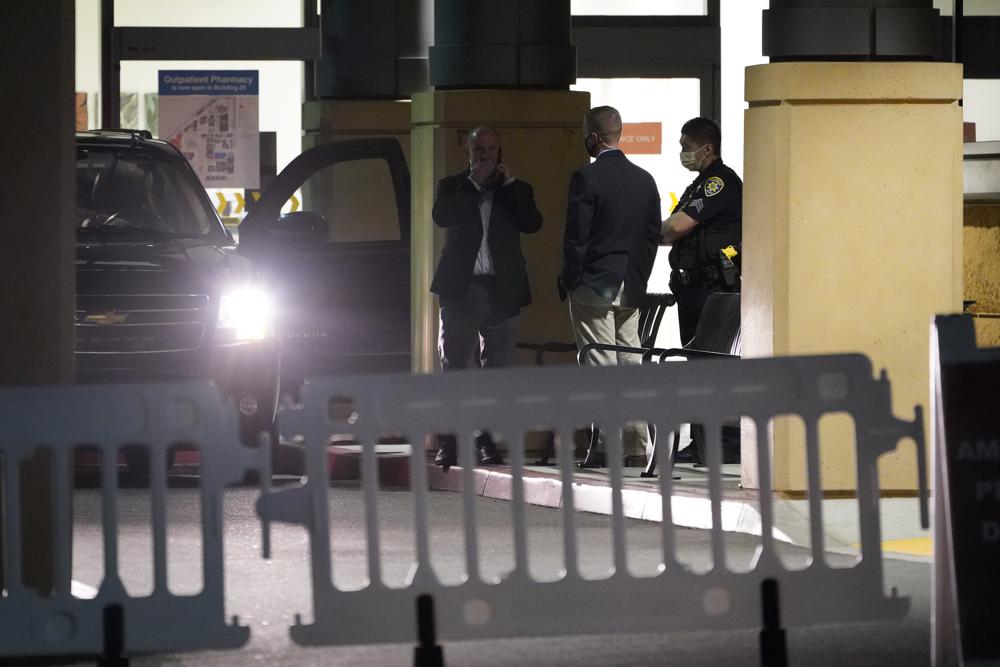 Bill Clinton will spend one more night at a Southern California hospital where he is recovering from an infection, a spokesman said Saturday.

“President Clinton has continued to make excellent progress over the past 24 hours,” spokesman Angel Ureña said in a statement.

Clinton will remain overnight at University of California Irvine Medical Center “to receive IV antibiotics before an expected discharge tomorrow,” the statement said.

Hillary Clinton has been with her husband at the hospital southeast of Los Angeles. She returned Saturday with her daughter Chelsea Clinton around 8 a.m. Saturday in an SUV accompanied by secret service agents.

President Joe Biden said Friday night that he had spoken to Bill Clinton and the former president “sends his best.”

“He’s doing fine; he really is,” Biden said during remarks at the University of Connecticut.

Clinton, 75, was admitted on Tuesday with an infection unrelated to COVID-19, Ureña said.

“He is in great spirits and has been spending time with family, catching up with friends, and watching college football,” said Ureña’s Saturday statement.

An aide to the former president said Clinton had a urological infection that spread to his bloodstream, but he is on the mend and never went into septic shock, a potentially life-threatening condition.

The aide, who spoke to reporters at the hospital on the condition his name wasn’t used, said Clinton was in an intensive care section of the hospital but wasn’t receiving ICU care.

In the years since Clinton left the White House in 2001, the former president has faced health scares. In 2004, he underwent quadruple bypass surgery after experiencing prolonged chest pains and shortness of breath. He returned to the hospital for surgery for a partially collapsed lung in 2005, and in 2010 he had a pair of stents implanted in a coronary artery.

He responded by embracing a largely vegan diet that saw him lose weight and report improved health.

Why Does the Media Choose to Demonize Black Men?
Sha’Carri Richardson Calls Out Hypocrisy Over Russian Skater
10 Rap Lyrics That Are Odd, Misleading Or Flat-Out Untrue
University President Accused Of Defaming Missouri HBCU By Calling It A ‘Regional Institution’
140 Million Poor People Are Not A Disease. They Are The Result Of Policy Murder.