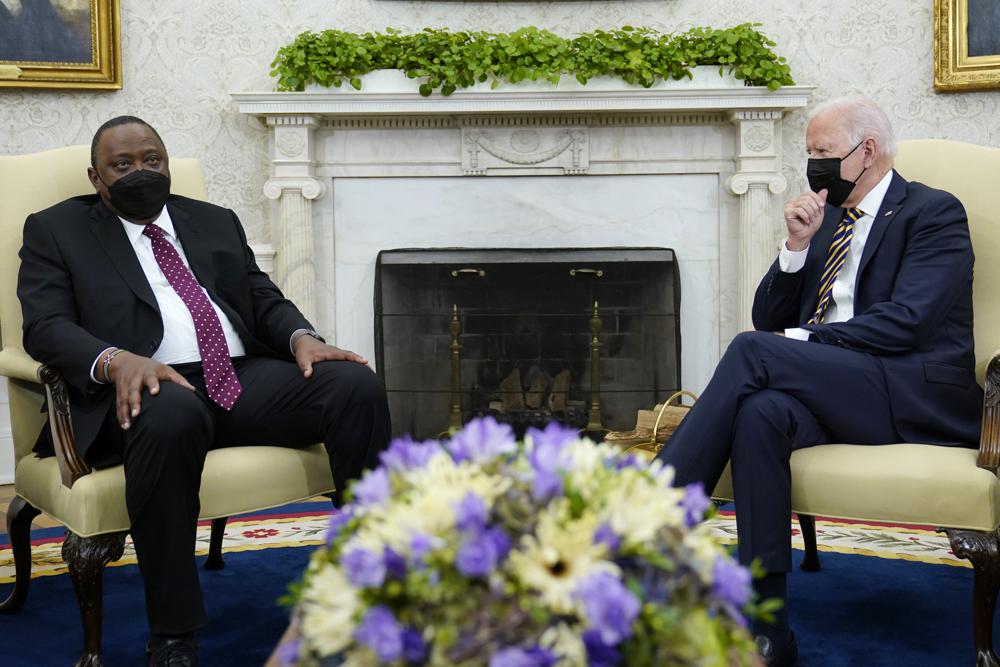 President Joe Biden and Kenyan President Uhuru Kenyatta discussed financial transparency during their White House meeting Thursday, as the East African leader faces scrutiny over revelations that he and his family stashed millions of dollars in hidden offshore accounts.

Kenyatta is one of more than 330 current and former politicians identified as beneficiaries of secret accounts revealed in recent reports known as the Pandora Papers. He and his relatives have some $30 million in offshore holdings, according to reporting by The International Consortium of Investigative Journalists. The consortium obtained millions of leaked documents that detail the hidden wealth of prominent world leaders, politicians, corporate executives and celebrities. Kenyatta has denied wrongdoing.

Biden did not directly address the Pandora Papers revelations in a brief appearance with Kenyatta at the start of the Oval Office meeting. The White House said in a statement following the meeting that the leaders “underscored the need to bring additional transparency and accountability to domestic and international financial systems.”

“Our nations share a deep commitment to fairness and to respect and equity,” Biden said. “And I’m committed to further elevating our ties with Kenya and nations across Africa as a whole. But Kenya is key to this.” 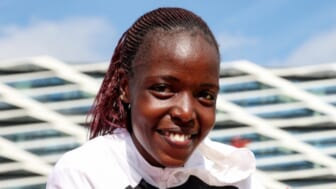 White House press secretary Jen Psaki noted that Biden has been vocal about what he sees as “inequalities” in the international financial system.

“That doesn’t mean we don’t meet with people you have disagreements on,” Psaki said. “We have a range of interests in working with Kenya and working with them on issues in Africa, in the region, and that will be the primary focus.”

Biden announced at the start of his meeting with Kenyatta that the U.S. will donate 17 million doses of Johnson & Johnson’s COVID-19 vaccine to the African Union. Africa lags behind much of the world in vaccinations: Only nine African countries met the World Health Organization’s goal of vaccinating at least 10% of the population by the end of September.

The new donations, expected to be delivered in the coming weeks, are in addition to the 50 million doses already donated to the African Union by the U.S. A vaccine acquisition group backed by the African Union has already procured 400 million J&J doses.

Kenyatta thanked Biden for helping Kenya and other African countries access the vaccine, and said further assistance from the international community would be “greatly welcomed.”

Kenyatta’s visit also comes as a nearly yearlong war in the Tigray region of northern Ethiopia continues to roil the region.

The United States is looking to Kenya, long an ally on counterterrorism efforts in East Africa, to help wind down the conflict in neighboring Ethiopia that has left the area gripped by human-made famine. Biden has threatened to impose sanctions against Ethiopian officials and others involved in the conflict if the fighting doesn’t wind down soon.

Idaho Sen. Jim Risch of Idaho, the top Republican on the Senate Foreign Relations Committee, said the meeting with a strategic partner was “long overdue.” He called on Biden to address internal tensions in several parts of Kenya and the impact they could have on next year’s election.

Risch also said he’s concerned about Kenya racking up debt with China, which accounts for about one-third of Kenya’s 2021-22 external debt service costs and is its biggest foreign creditor after the World Bank.

The meeting was Biden’s first one-on-one, in-person engagement as president with an African leader.

Have you subscribed to the Grio podcasts, Dear Culture or Acting Up? Download our newest episodes now!