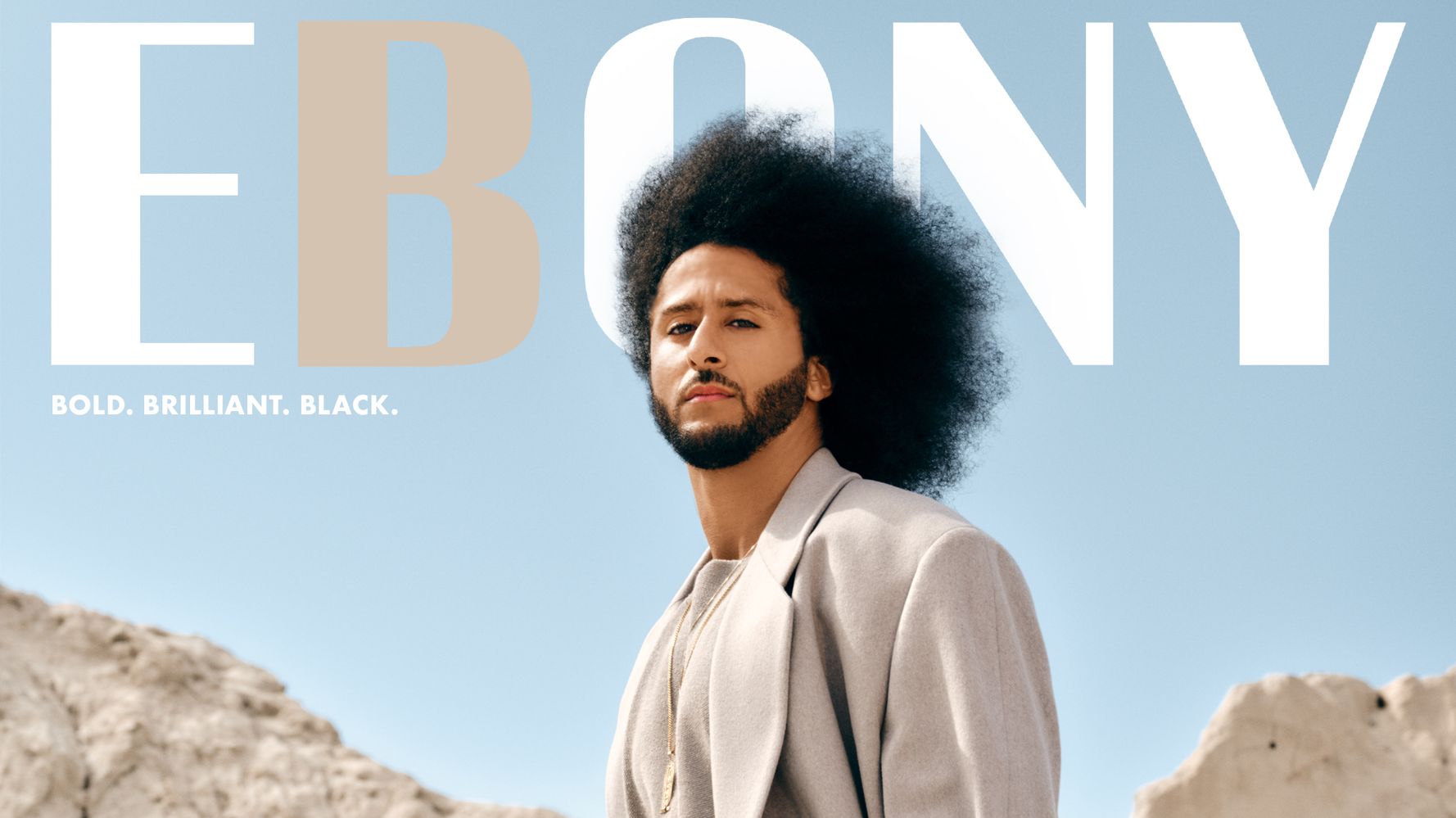 There was no doubt that Colin Kaepernick would become a professional athlete. In high school, he earned all-state nominations for football, basketball and baseball — his prowess in the latter even prompting the Chicago Cubs to select him in the 2009 MLB draft.

But in an interview for a candid cover story in Ebony, when Kaepernick was asked to describe himself in high school, the former NFL quarterback answered: “Shy, determined, extremely competitive, studious, and a little bit of an outcast.”

Sunny Hostin, writing for Ebony, was stunned by his response. Kaepernick — who was adopted by what Hostin describes in her piece as “well-intentioned white parents not particularly well versed in Black culture” — elaborated.

He explained that his feelings as an adolescent speak to “our perspective of ourselves and where we fit within society, and how we show up in those spaces.”

He admitted that by being a successful athlete, he “kind of fit in the popular group.”

“But … by way of my identity, my experience growing up, and how I moved and handled myself, I also didn’t quite fit in with what the norm was, and that was a reality for me of, ‘I’m not quite like everybody and I don’t quite fit in the same way,’” Kaepernick said.

Kaepernick also spoke about how having white parents contributed to his feelings of not being fully understood.

“[One] of the pieces of being Black and being adopted into a white family [is that there] are conversations that I just couldn’t have or didn’t feel comfortable having,” he said.

Kaepernick will have the opportunity to share the complexities of his childhood related to race and class in the upcoming Netflix docuseries “Colin in Black & White.” The series, which was co-created by Ava DuVernay and comes out Oct. 29, will add context as to how this shy and competitive outcast became a human rights activist who stood up to racism by refusing to stand.

Kaepernick famously knelt during the national anthem at an NFL game in 2016, when he was still quarterback for the San Francisco 49ers.

“I am not going to stand up to show pride in a flag for a country that oppresses black people and people of color,” he told NFL.com’s Steve Wyche at the time.

Since then, Kaepernick’s athletic career has suffered — and he’s been treated like an outcast by most NFL teams. But he told Hostin that he hasn’t given up on his dream of playing professional football once more.

“I am still up at 5 a.m. training five, six days a week making sure I’m prepared to take a team to a Super Bowl again,” he said. “That’s not something I will ever let go of, regardless of the actions of 32 teams and their partners to deny me employment.”

He emphasized that despite feeling like an outcast ― or even actually being one, at least from the league ― he’s always had drive.

To read the full profile, head over to Ebony.