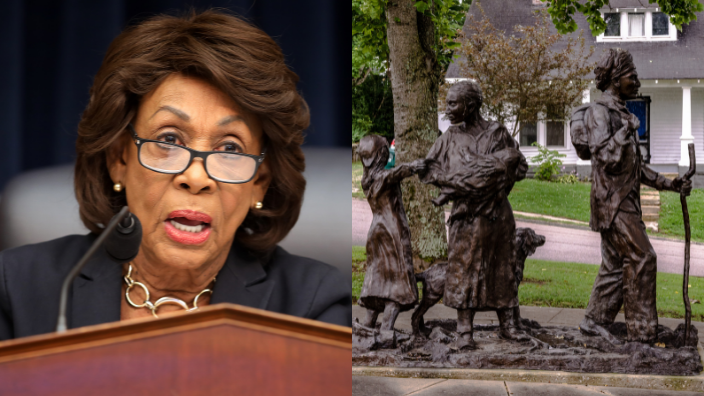 Descendants of the Tulsa Race Massacre of 1921 are in line to get reparations from the United States government, but not for the massacre itself.

Many of the Black people of Tulsa were descendants of the enslaved by the hands of Native American tribes, and for that they may be granted reparations in the form of Native American federal subsidies that had previously been denied to them by tribes who discriminated against their Black tribe members.

Much of the dispute between Black members of the Indigenous tribes and the federal government is part of a history that is now being exposed on Capitol Hill. Tulsa rose to national notoriety this year as the nation commemorated the century-old massacre that destroyed 40 blocks of Black wealth commonly known as Black Wall Street.

But now, Democratic Congresswoman Maxine Waters of California is leading efforts to get the descendants of Black enslaved people on Native American reservations their due, and she’s starting with those who have been impacted in Tulsa.

Many of these tribes forced their enslaved along the famous “Trail of Tears” that carried the Native Americans west and helped establish the roots of the Black population of Greenwood. Much of Black Wall Street in Tulsa, Oklahoma was also built from the 40 acres General William T. Sherman promised the enslaved after the Civil War.

Freedmen in Oklahoma received 40 acres of land as mandated by General Sherman’s Special Field Order No. 15. Waters notes that the order provided 40 acres for each formerly enslaved family after the Civil War, including the five Native tribes. “[It] created money and resources that kept them alive at first and then allowed them to open up their own businesses in Tulsa,” Waters told TheGrio.

Rep. Maxine Waters, who serves as the chairwoman of the U.S. House Financial Services Committee, has the authority to intervene on any funding aspects of the tribe’s treaties with the United States government. A proposed committee provision in President Joe Biden‘s Build Back Better plan, currently being worked out legislatively by Democrats in Congress, would prohibit funding for tribes that discriminate against Freedmen descendants.

Waters’s committee intervention could mean a focus on cutting housing subsidies to those tribes that continue to resist compliance with the treaties for the reparations for the descendants of their former slaves.

For years on the House Financial Services Committee, Waters said she tried “to get these federally recognized tribes to live up to the [Treaty of 1866] that was signed that really gave the reparations to the Indians and to the slaves.” 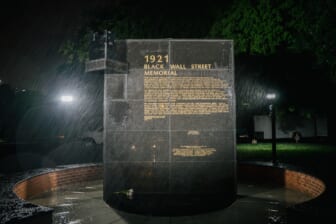 Five tribes in Oklahoma — the Cherokee, Choctaw, Chickasaw, Muscogee Creek, and Seminole Nations — sided with the Confederacy in the Civil War, but after the war concluded, each of them signed treaties in 1866 with the United States that granted tribal citizenship to those who were enslaved, as well as their descendants.

Damario Solomon-Simmons, an attorney for the last remaining survivors of the Tulsa Massacre is also a Black Creek and represents Black Creeks who are petitioning to access the full rights and citizenship of the Muscogee Creeks. Solomon-Simmons told TheGrio, “there would not have been a Black Wall Street or successful Greenwood without Black Indian, Black Creek, Black Cherokee, etc.”

Many of the Tulsans who established Greenwood’s business district in the early 1900s were of mixed Native American heritage due to their tribally enslaved ancestors. However, there were also freedmen who also belonged to the tribes.

Solomon-Simmons said his great grandfather was a Black Creek and became a chief. “He saved the lives of countless,” he said. “He was one of five individuals who negotiated the Treaty of 1860 … and signed it. And in that treaty, it stated that Black people who were formerly enslaved would have the same citizenship rights.”

The same tribes today are resisting giving the descendants of their enslaved federal subsidies they agreed to in those treaties.

As noted by Congresswoman Waters, the Cherokee went to court “to defend the right not to have to share the resources of the federal government with the descendants of the slaves,” — something Solomon-Simmons said was “a breach of the contract.”

“It substantially impacts tens of thousands of Black people who should have their citizenship,” he added.

With all of the lost history, comes a loss of identity that Rep. Waters also wants to address.

“Many of the Blacks who went to Tulsa to commemorate the massacre that took place don’t even know the connection between those who were, you know, the victims of the massacre and their relationship to the Indians, and that they were descendants of slaves,” Waters explained. “They were descendants, direct descendants of slaves, and they were guaranteed their rights through the treaty and the five tribes who were all federally recognized.”

Restoring the economics of that area a century later is on the minds of those on both ends of Pennsylvania Avenue. There are more actions taken by the Biden administration to correct some of the wrongs of the past when it comes to Tulsa, Oklahoma.

Natalie Madeira Cofield, assistant administrator of the U.S. Small Business Administration’s Office of Women’s Business Ownership — and first Black woman to hold the position — said the focus is on restorative economics for that area with “the Greenwood Chamber in partnership with the U.S. Black Chamber being the award recipient for what is our new women’s business center.”

The Greenwood Chamber of Commerce, which is the oldest Black chamber in the country, will receive $150,000 in grant funds to support nonprofit organizations through SBA’s establishment of a new center that will join a network of women’s business centers, as well as feature a five year renewable commitment and three additional option years. A higher share of Black-owned businesses are owned by Black women. 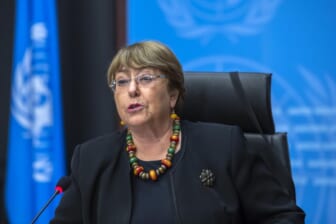 “This is a real investment that totals more than a million dollars in investing in the ecosystem of women entrepreneurs in Tulsa,” Madeira Cofield emphasized. “And this is again what the Office of Women’s Business Ownership does, with nearly $70 million in grant funding across the country. For all of our one hundred and thirty nine centers that we fund and support.”

The launch is scheduled to take place during the coming weeks and will include programs that focus on women’s entrepreneurial growth, counseling services, and access to capital and contracts.