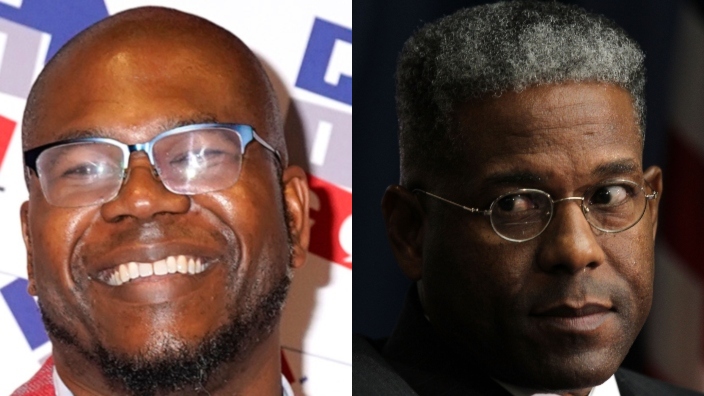 Johnson and host Joy Reid addressed some of the issues emerging from Texas — where West currently lives and is vying for the governor’s seat — such as banning books and opposing vaccine mandates against coronavirus.

“He is the zeitgeist of the Republican Party right now,” said Johnson, a Morgan State University associate professor of communication and journalism.

“They want that all-natural flavor racism, but they want it in blackface with a 1990s flattop haircut. That’s what they want, and that’s what they can get out of Allen West if he can actually get out of bed and hopefully realize that he could catch COVID again because the magical antibodies that he thinks he has now will not keep him any safer if he continues to run around and grab hand the way that he is.”

As previously reported, West, 60, was diagnosed with COVID-19, as was his wife, Angela Graham-West, 61, after they attended a crowded fundraising event last week. His wife is vaccinated against the virus, and she received monoclonal antibody therapy. West was also given the treatment, but was not vaccinated, and he was ultimately admitted to a Texas hospital due to a lowered level of oxygen saturation in his blood. 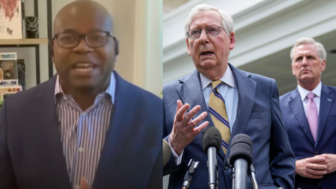 “He is the kind of person that many Republicans in that state want,” Johnson of West, said per Mediaite. “But here’s the problem: The state of Texas is not nearly as Republican as the idiots they want to have running. Ninety-five percent of the growth in that state has been coming from minorities and people from other, more liberal progressive places moving into the state.”

“At some point,” Johnson asserted, “the dam is gonna break, and you’ll start to see politicians who reflect the people who live there and not just the moneyed interests who are paying their way.”

West, who is an anti-vaxxer, wrote on Twitter, “As Governor of Texas, I will vehemently crush anyone forcing vaccine mandates in the Lone Star State. There are far better protocols that individual citizens can utilize and decide for themselves.”

“Our bodies are our last sanctuary of liberty and freedom,” he tweeted. “I will defend that for everyone, even the progressive socialist jackasses who must be saved from themselves. God’s blessings and thanks so very much for all your prayers.”