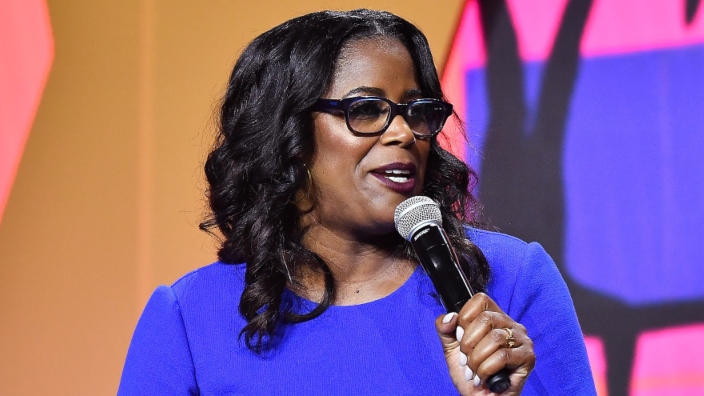 Speaking at Fortune’s annual Most Powerful Women’s Summit Tuesday in Washington D.C., the president and chief executive officer of TIAA proclaimed that “work-life balance is a lie.”

Thasunda Brown Duckett added that when she tried to achieve a more balanced lifestyle, “it never reconciled.”

As reported by CNN business writer Jeanne Sahadi, Brown Duckett explained that she lives her life similar to the work that her company does: Like a well-diversified portfolio.

Duckett is ranked 10th on Fortune magazine’s list of Most Powerful Women.

At TIAA, Brown Duckett oversees more than $1 trillion in assets under its management.

Sahadi wrote that Brown Duckett’s remarks suggested to “Take account of all the roles you play that matter most (e.g., employee, spouse, parent, sister, daughter, friend, etc.) and then divvy up your time across each.”

Brown Duckett told the audience of powerful women that no person has more than 100% to give to others, so that time should be allocated according to need. 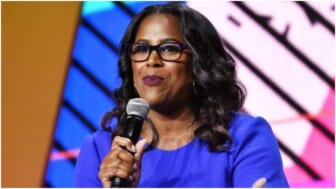 “Just like the stock market, it will have its volatility,” she said, “so you give yourself permission to recalibrate. … As a mom, my children don’t get 100%; they get maybe 30%. When her family needs more of her, she added, she gives it.

TIAA — which is short for the Teachers Insurance and Annuity Association of America-College Retirement Equities Fund — was established over 100 years ago as a “sustainable retirement system for teachers,” its website states. After expanding its business, officials call it “the leader in serving the financial needs of people in academic, government, medical, cultural and other nonprofit fields.”

Brown Duckett took the role of TIAA CEO this spring. She is currently only one of two Black women running a Fortune 500 company, and only the fourth Black woman to ever helm one.

On Tuesday, the 48-year-old Brown Duckett also stressed the importance of diversity and better representation in C-suites and on the board of directors of major corporations.

Born in Rochester, New York, Brown Duckett later moved to Texas and graduated from the University of Houston. She earned an MBA at Baylor University. She has previously served as CEO of Chase Consumer Banking, a division of JP Morgan, and sits on the board of directors of sportswear giant Nike.