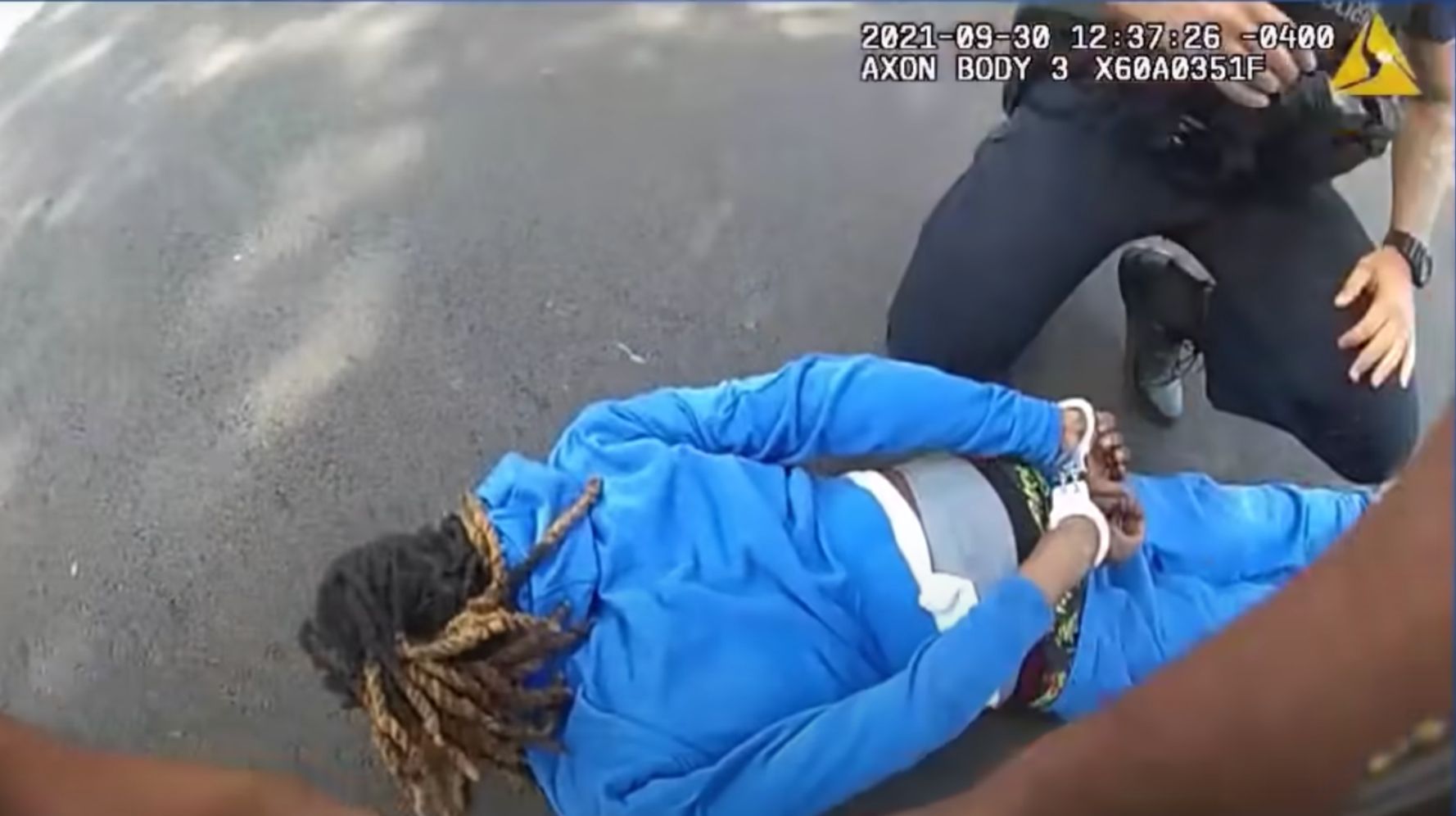 Ohio police officers were filmed forcibly pulling a Black man with paraplegia out of his vehicle by his hair and then dragging him to a patrol car during a traffic stop after the man informed them of his inability to exit his vehicle at their command.

Clifford Owensby had been stopped by officers in a Dayton neighborhood on Sept. 30 after his vehicle was seen leaving a suspected illegal drug house, police said Friday, while releasing body camera footage of the afternoon traffic stop.

Owensby’s identification was taken and a drug K-9 was called to inspect his vehicle after it was determined that he had a felony drug and weapon history. This inspection required Owensby to exit his vehicle, police said.

“I cannot step out,” Owensby told the officers when instructed, as heard in the body camera footage. “I’m a paraplegic.”

Officers offered to help Owensby out of his vehicle, to which Owensby said, “I don’t think that’s going to happen, sir.”

Owensby asked for the officers’ supervisor and appeared to call someone on his phone to come assist him at the scene. When an officer reached in to remove him, Owensby repeatedly warned that because of his paralysis the officers could physically hurt him.

Video shows at least two officers shortly after physically pulling Owensby out of the vehicle and to the ground, with one officer gripping Owensby by his hair. Owensby is then seen being hauled off to a nearby patrol vehicle, with his shoeless feet seen dragging along the pavement behind him.

A 3-year-old child who had been seated unrestrained in the backseat of Owensby’s vehicle was also removed. A later search of the vehicle recovered a large bag of cash, totaling $22,450, inside the floorboard. A narcotics K-9 indicated that the money had been in close proximity to illegal drugs, police said.

A police report from the incident obtained by the Dayton Daily News accused Owensby of obstructing official business and resisting arrest, both of which are misdemeanors. He was ultimately cited in a municipal court for traffic citations, failure to restrain a child in the backseat, and for tinted glass. A Dayton police representative did not immediately respond to HuffPost’s request for a copy of the incident report and comment on Monday.

Owensby has meanwhile filed a complaint against the police department with Dayton’s NAACP for profiling him, unlawful arrest, illegal search and seizure of his vehicle, and for officers’ failure to read him his Miranda Rights before he was taken into custody and transported to a jail, the local chapter’s president said Sunday.

“I don’t see where I did anything wrong with this matter and I am at a loss for words for what they did to me. It was total humiliation, it was hatred,” Owensby said at a press conference Sunday.

The head of the Dayton police union defended the officers’ handling of the situation.

“The officers followed the law, their training and departmental policies and procedures,” Jerome Dix, president of Dayton Fraternal Order of Police Lodge #44, told the Dayton Daily News. “Sometimes the arrest of noncompliant individuals is not pretty, but is a necessary part of law enforcement to maintain public safety, which is one of the fundamental ideologies of our society.”

“No matter where you live or what you look like, everyone deserves to be treated with dignity and respect when dealing with Dayton Police,” she said.