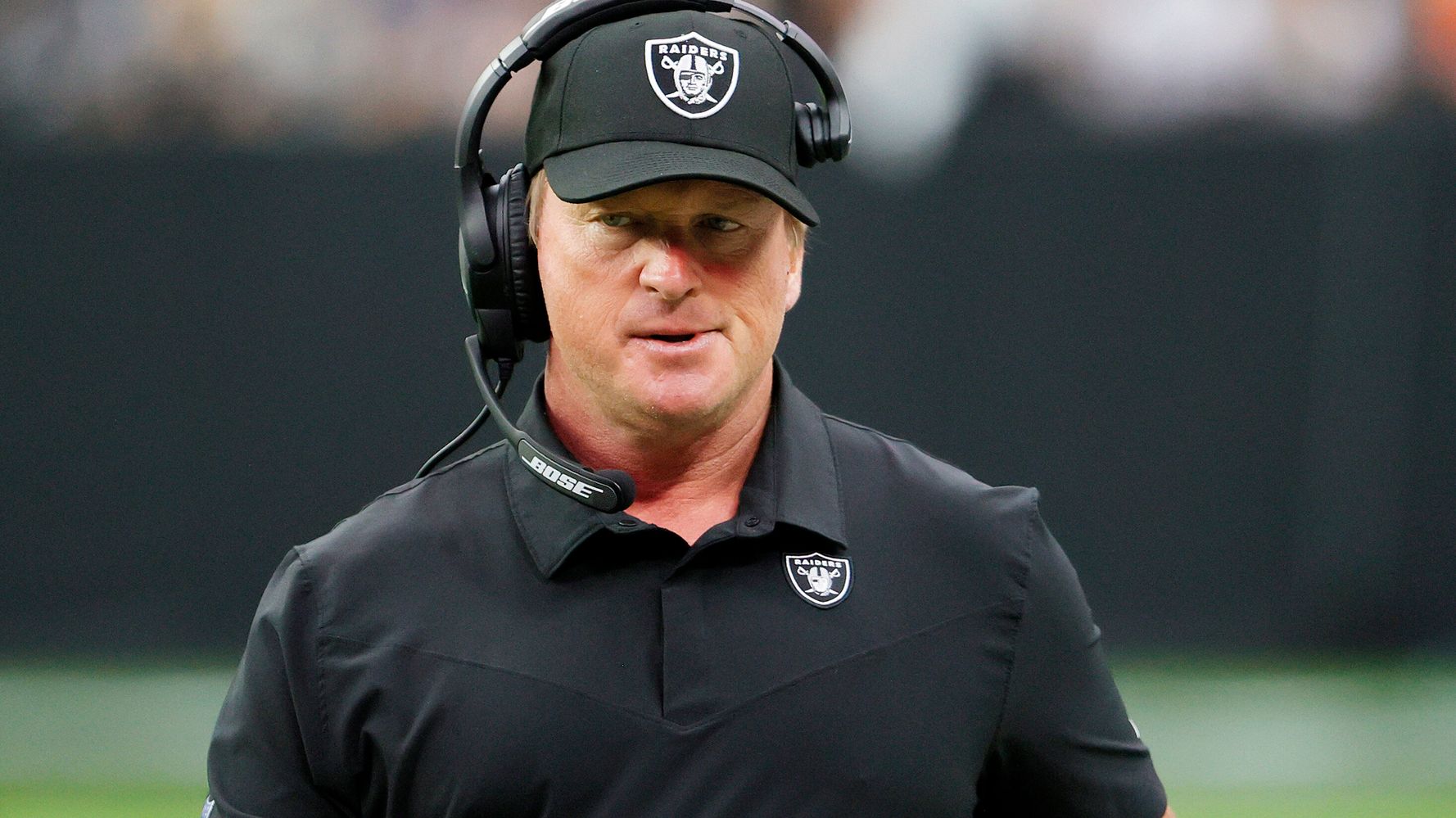 Jon Gruden again said he is not a racist after his Las Vegas Raiders lost their first game since the revelation of the head coach’s 2011 racial remark about players’ union leader DeMaurice Smith.

Gruden apologized for his “insensitive remarks” when asked about the decade-old emails following the Raiders’ 20-9 loss to the Chicago Bears. A Wall Street Journal story last week noted that Gruden, then working for ESPN, referred in a racist way to Smith’s facial features in an email.

“I’m not a racist,” Gruden said. “I can’t tell you how sick I am. I apologize again to D Smith, but I feel good about who I am and what I’ve done my entire life. … I had no racial intention with those remarks at all. I’m not like that at all. I apologize. I don’t want to keep addressing it.”

Gruden ended his news conference after a series of questions about the emails and his behavior. He said he has not been contacted by the NFL about the remark, but “we’ll see what happens here in the next few days.”

“I’m not going to answer all these questions today,” Gruden said. “I think I’ve addressed it already. I can’t remember a lot of the things that transpired 10 or 12 years ago, but I stand here in front of everybody apologizing. I know I don’t have an ounce of racism in me. I’m a guy that takes pride in leading people together, and I’ll continue to do that for the rest of my life.”

Raiders quarterback Derek Carr said he was among many players who were “shocked” to hear about Gruden’s comment a decade ago. Carr said Gruden addressed the issue and gave his side of the story in a team meeting the morning before the story broke.

Carr and his teammates rejected the idea Gruden’s controversy affected their play against the Bears. Las Vegas committed 10 penalties for 82 yards and couldn’t score a touchdown until the fourth quarter.

“I don’t think it had anything to do with (Gruden),” running back Josh Jacobs said of the performance. “I’ve been around this guy for three years now. I’ve never felt the certain type of way about him, you know what I’m saying? He’s never rubbed me a certain way, like that type of way. What he said was what he said … but I definitely trust him. And I mean, that was 10 years ago. People grow.”

The leader of the Fritz Pollard Alliance, a watchdog group that champions diversity in the NFL, says Gruden’s remark about Smith is indicative of racism throughout professional sports. Rod Graves, the Alliance’s executive director, also hinted at seeking discipline for Gruden.

“The insensitive remarks made by Jon Gruden about DeMaurice Smith are indicative of the racism that exist on many levels of professional sports,” Graves, the Alliance’s executive director, said in a statement. “Furthermore, it reveals that the journey for African Americans and other minorities in sports, is riddled with irrepressible mindsets at the highest level.

“It is our hope that the league and team ownership will address this matter with a remedy commensurate with these painful words. This is yet another inflection point in a society fraught with cynical social blinders, absent of respect for the intellectual capacity and leadership of minorities. When will it end?”

The league is looking into the matter, and two people familiar with that probe told The Associated Press that disciplinary action is possible for Gruden, though one person said a suspension is doubtful. Both people spoke on condition of anonymity because details of any league probe are not made public.

Gruden received little discernible reaction from the Raiders’ home crowd when he took the field Sunday at Allegiant Stadium, but the crowd was grumbling after the offense masterminded by Gruden managed just 259 yards against Chicago’s defense. The Raiders have lost two straight after getting off to a 3-0 start, their best since Gruden returned to the franchise in 2018.

The Alliance promotes inclusion and advancement for minorities in pro football, from coaches to front office and league executive positions.

Gruden’s comment in an email to then-Washington Football Team President Bruce Allen came during the 2011 lockout of the players by the NFL. Gruden told the newspaper he was angry about the lockout during labor negotiations and he didn’t trust the direction the union was taking. He also apologized for the remark, the Journal reported.

“Dum­b­oriss Smith has lips the size of michellin tires,” Gruden wrote in the email re­viewed by the newspaper.

Raiders owner Mark Davis said Friday in a statement that Gruden’s email does not reflect the team’s standards.

“The content of an email regarding DeMaurice Smith from Jon Gruden when he worked for ESPN 10 years ago is disturbing and not what the Raiders stand for,” Davis said. “We were first made aware of the email late yesterday by a reporter and are reviewing it along with other materials provided to us today by the NFL. We are addressing the matter with Coach Gruden and will have no further comment at this time.”

During a review of emails regarding workplace misconduct at the Washington Football Team that was completed during the summer, “the league was informed of the existence of emails that raised issues beyond the scope of that investigation,” NFL spokesman Brian McCarthy said Friday.

He added that “the email from Jon Gruden denigrating DeMaurice Smith is appalling, abhorrent and wholly contrary to the NFL’s values. We condemn the statement and regret any harm that its publication may inflict on Mr. Smith or anyone else.”