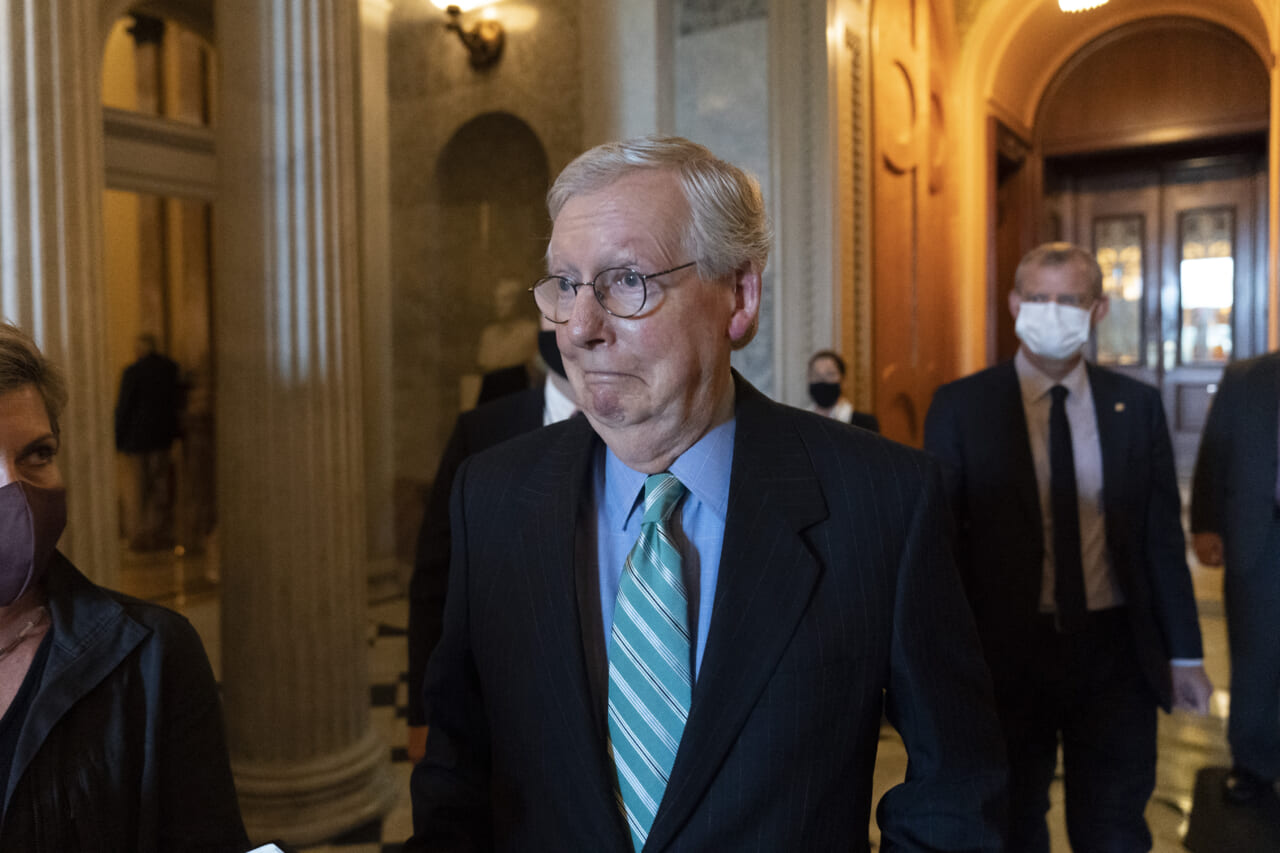 In the frantic bid to avert a default on the nation’s debt, Senate Republican leader Mitch McConnell held a position of unusual power — as the one who orchestrated both the problem and the solution.

McConnell is no longer the majority leader, but he is exerting his minority status in convoluted and uncharted ways, all in an effort to stop President Joe Biden‘s domestic agenda and even if doing so pushes the country toward grave economic uncertainty.

All said, the outcome of this debt crisis leaves zero confidence there won’t be a next one. In fact, McConnell engineered an end to the standoff that ensures Congress will be in the same spot in December when funding to pay America’s bills next runs out. That means another potentially devastating debt showdown, all as the COVID-19 crisis lingers and the economy struggles to recover.

“Mitch McConnell loves chaos,” said Sen. Sherrod Brown, D-Ohio, chairman of the Senate Banking, Housing and Urban Affairs Committee. “He’s a very smart tactician and strategist, but the country pays the price so often for what he does.”

The crisis has cemented McConnell’s legacy as a master of misdirection. He’s the architect of the impasse and the one who resolved it, if only for the short term. More battles are to come as Democrats narrow Biden’s big agenda, a now-$2 trillion expansion of health, child care and climate change programs, all paid for with taxes on corporations and the wealthy that Republicans oppose.

To some Republicans, McConnell is a shrewd leader, using every tool at his disposal to leverage power and undermine Biden’s priorities. To others, including Donald Trump, he is weak, having “caved” too soon. To Democrats, McConnell remains an infuriating rival who has shown again he is willing to break one institutional norm after another to pursue Republican power.

“McConnell’s role is to be the leader of the opposition and it’s his job to push back on what the majority wants to do,” said Alex Conant, a Republican strategist.

“Nobody should be surprised to see the leader of the Republicans making the Democrats’ job harder,” he said.

The risks are clear, not just for Biden and the Democrats who control Washington.

The debt showdown left Democrats portrayed as big spenders, willing to boost the nation’s now-$28.4 trillion debt to pay the bills. But both parties have contributed to that load because of past decisions that leave the government rarely operating in the black.

Republicans, too, risk recriminations from all sides of their deeply divided party. In easing off the crisis, McConnell insulated his Republicans from further blame, but infuriated Trump and his allies, who are eager to skewer the Kentucky senator for giving in.

Sen. Ted Cruz, R-Texas, said he told his colleagues during a private meeting before the debt vote that it was “a mistake for Republican leadership to agree to this deal.”

Once a routine vote to ensure the nation’s bills are paid, raising the debt limit has become a political weapon, particularly for Republicans, to rail against government spending. The tea party class of Republicans a decade ago brought the nation to the brink of default over the issue and set a new GOP strategy.

In this case, McConnell made it clear he had no demands other than to disrupt Biden’s domestic agenda, the now-$2 trillion package that is the president’s signature legislation but is derided by Republicans as a “socialist tax-and-spending spree.”

In muscling Biden’s agenda to passage, Democrats are relying on a complicated procedure, the budget reconciliation process, which allows 51 votes for approval, rather than the 60 typically needed to overcome Senate objections. In the 50-50 split Senate, Vice President Kamala Harris gives Democrats the majority with her ability to cast a tie-breaking vote.

McConnell seized on the Democratic budget strategy as a way to conflate the issues, announcing months ago he wanted Democrats to increase the debt limit on their own using the same procedure. It was his way of linking Biden’s big federal government overhaul with the nation’s rising debt load, even though they are separate and most of Biden’s agenda hasn’t been enacted.

The debt raising vote has rarely been popular, and both parties have had to do it on their own, at times. But McConnell struck new legislative ground trying to dictate the terms to Democrats.

As the Oct. 18 deadline approached, when Treasury Secretary Janet Yellen warned the government would run out of funds to pay the nation’s bills, Schumer’s strategy hit the Republican blockade, or filibuster. Only after business pressure mounted and Biden implored Republicans to “get out of the way” did McConnell call a time-out.

McConnell orchestrated the way around the problem by allowing the traditional vote on Thursday night and even joining 10 other Republican senators in helping Democrats reach the 60-vote threshold needed to ease off the crisis.

White House Press Secretary Jen Psaki lauded the Republicans who “did their part tonight, ending the filibuster and allowing Democrats to do the work of raising the debt limit.” But she urged the parties to come together to find a more permanent solution.

“We can’t allow the routine process of paying our bills to turn into a confidence-shaking political showdown every two years or every two months,” she said.

“Republicans played a dangerous and risky partisan game, and I am glad that their brinkmanship did not work,” he said.

That, too, brought trouble: McConnell said in letter to Biden late Friday that such antics assure “I will not provide such assistance again.”

That night before voting, McConnell told Republican colleagues that he devised the solution in part because he was worried that Democrats would change the filibuster rules, as they had been discussing as an option of last resort. He had reached out to two key Democrats, Sens. Joe Manchin of West Virginia and Sen. Kyrsten of Arizona, to ensure they weren’t thinking of doing that. 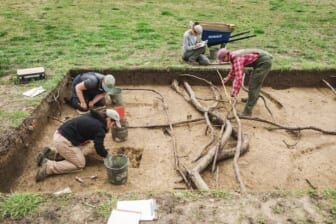 And besides, the Republican leader had accomplished his goal: jamming up Biden’s agenda, sowing the seeds of fiscal distress and portraying Democrats as a party struggling to govern.

It’s the first big fight that McConnell has picked with Biden, and it appears to be the one that could define the final phase of their decades-long association.