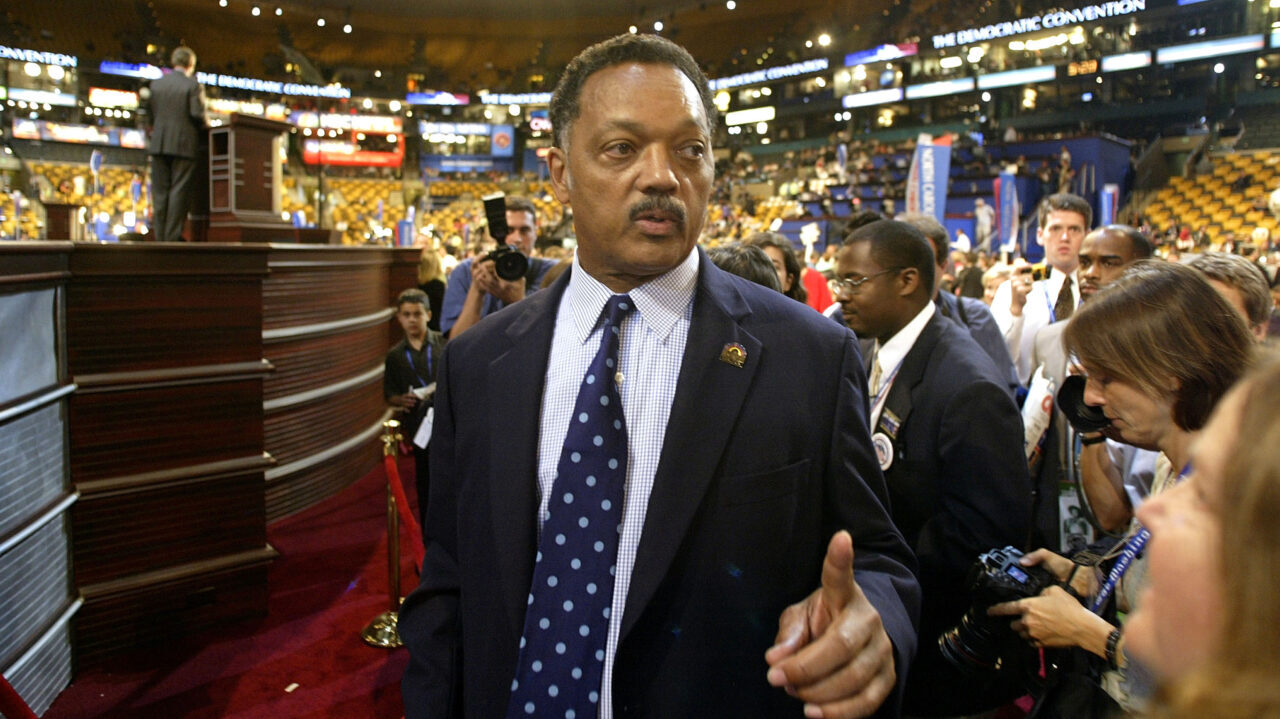 Reverend Jesse Jackson is now 80 years old, but in addition to his celebration of life, the community champions the many years behind him that chronicle a legacy of the civil rights movement that spans six decades.

Jackson’s oldest daughter, Santita Jackson, told TheGrio that the “daddy” she knows and the “institution” of Jesse Jackson who the world recognized was never conflated. Santita never saw those two pivotal roles ever meet.

The reverend’s public life started as a civil rights worker — as Sanitia notes, “Dr. King was the architect and [Jesse Jackson] was the builder.”

Born in South Carolina, Jesse Jackson traveled the South and then settled in the midwestern city of Chicago. He did not know that his decision to adopt Chicago as his home and eventually run for U.S. president would intertwine his legacy with that of the first Black president of the United States, Barack Obama, decades after his own run for the highest office.

But Jackson, no matter where he laid his head, amassed influence and inspired Black political leaders across the country.

According to Santita, Jackson was the first person ever to get a secret service detail the day he announced his candidacy because of the unique nature of his political run.

“His presidential runs and his work [have] not been about just getting a Black person into the presidency, getting a Black face in a high place,” Santita Jackson explained to TheGrio. “It really has been about the establishing of a more peaceful society and a just war.”

During the earliest years of his career, Jesse Jackson played an instrumental role in bringing Americans held hostage in other countries back to United States soil.

By the 1990s, Reverend Jackson had also been credited by then-President Bill Clinton as the architect of bridging the digital divide. With Jackson by his side, Clinton worked on advancing the nation by providing access to internet services in rural and disadvantaged communities.

Not only did Jesse Jackson advise President Clinton, he developed a personal friendship with his daughter Chelsea Clinton and became her confidant. It’s said, she would call him to the White House during the Monica Lewinsky scandal.

Author and Democratic strategist Donna Brazile told TheGrio she spoke with Reverend Jackson on his 80th birthday Friday. She is one of a long line of people who consider him their political father.

“Rev. Jesse Jackson inspired a new generation to continue the fight for civil rights, voting rights and equal justice under the law. Without his bold leadership and courage in knocking down barriers, we could not have witnessed such profound historic moments like the election of Doug Wilder as governor [of Virginia], Dave Dinkins as mayor [of New York City] and so many others including Barack Obama as President,” Brazile emphasized.

“When those barriers came down, Black voters had an opportunity, along with others to register and vote. Jackson’s influence continues to this day in  electoral politics and grassroots advocacy around police reform and income inequality.”

Santita Jackson recalls a Gallup poll in the 1980s in which her dad was considered one of the top three most admired people in the world. Of those on the list, she highlighted that her father lived longer than those he once stood beside — Malcolm, Martin and Medgar.

“I feel very, very blessed,” Jackson acknowledged, “God has given him this much time.”

After A Year, Miami Man Is Arrested For Murder Of Woman Who Attempted To Catch Him With Stripper
Netflix And Tim Burton Called Out For Racist Portrayals Of Black Characters In ‘Wednesday’
Lizzo Speaks About Facing Stigma As A Black Pop Music Artist: ‘You Just Gotta Get Used To Me’
DJ Khaled Receives Luxurious Toilets From Drake On His Birthday
Woman Found Dismembered With Missing Organs After Flying To Peru To Meet Online Love