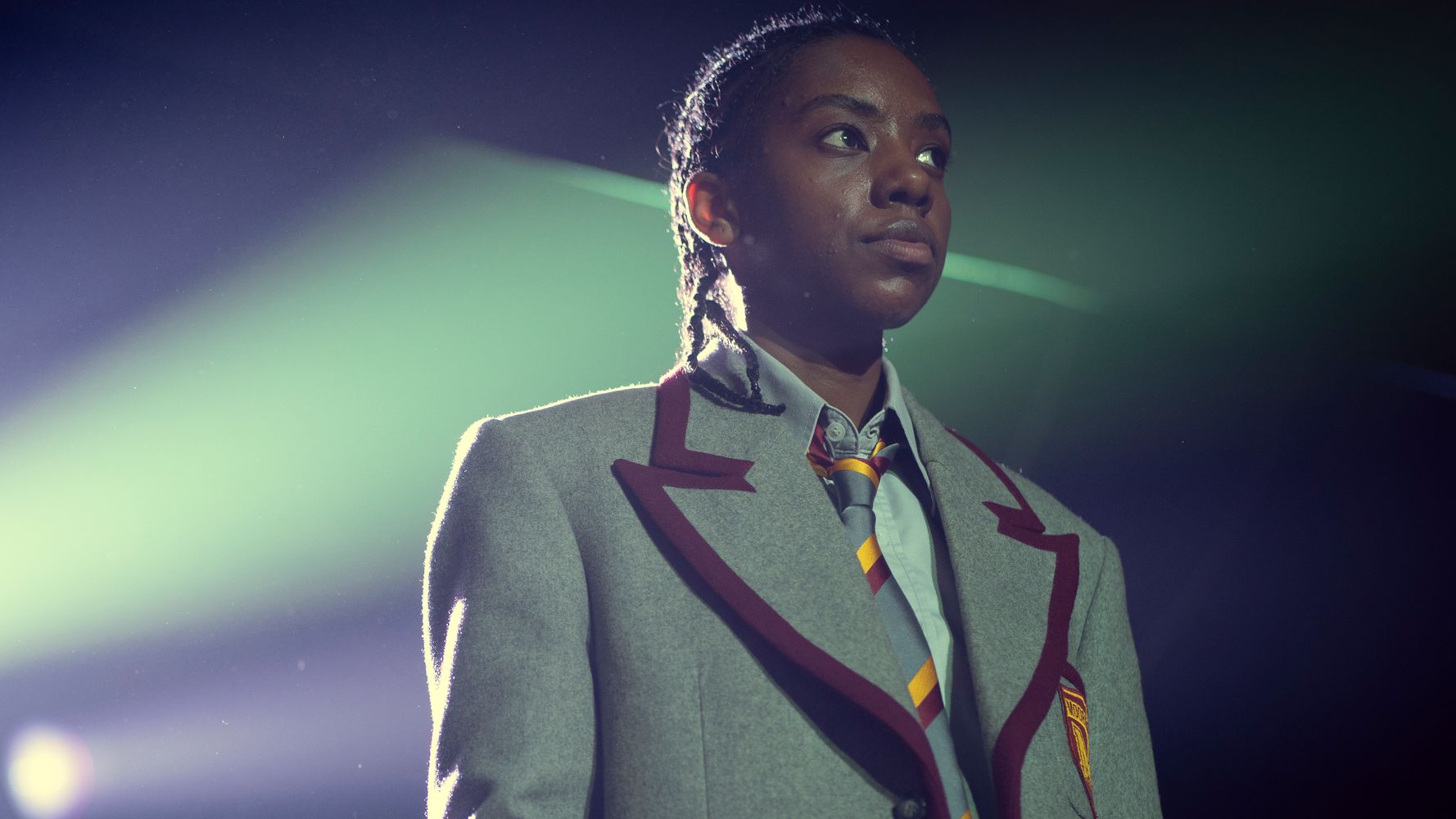 When Lauren Evans, the casting director of Netflix’s widely acclaimed dramedy “Sex Education,” reached out to Dua Saleh, the young actor had yet to watch the show’s first two seasons.

“I thought the show was for teenagers,” said Saleh, 26. “But obviously, I binged it right when she reached out. It literally was the best show I’ve ever watched.”

Set in the British countryside, “Sex Education” follows 16-year-old Otis Milburn (Asa Butterfield), the socially awkward son of sex and relationship therapist Jean Milburn (Gillian Anderson), as he navigates the treacherous halls of Moordale Secondary School. While grappling with his own journey through adolescence, Otis begins an underground sex therapy clinic with an unlikely ally, assuaging his classmates’ deepest insecurities, climbing the social ladder and inciting chaos along the way.

The authenticity of the show’s storylines struck Saleh.

“It’s really careful about the ways that it brings in different communities to its audience,” said Saleh. “It’s something that I would have definitely benefited from when I was a child.”

Saleh, a non-binary, Sudanese American Muslim also raised in Minnesota, says the response to the show and their character has been remarkable.

The first two seasons of “Sex Education” were lauded for their hilarity and heartfelt depictions of high school relationships, but the depth, richness and resilience of the show’s Black queer stories truly shine in Season 3, from the introduction of Cal to the trip another character, Eric Effiong (Ncuti Gatwa), takes to his family’s home country of Nigeria.

British Nigerian writer Temi Wilkey is one of the show’s many behind-the-scenes architects. Upon joining the “Sex Education” writers’ room in September 2019, Wilkey knew she wanted to take Eric on a personal journey bridging Blackness, heritage and queerness.

“I started the writers’ room just after I wrote a play called ‘The High Table,’” Wilkey said. “The play has so much to do with celebrating Nigerian culture while critiquing its homophobia, but also exploring the ways in which homophobia is rooted in imperialism and Western colonization.”

In Episode 6 of Season 3, Eric travels with his mother and siblings for a family wedding in Nigeria. His boyfriend, Adam, discourages the trip because “it’s dangerous to be gay there.”

Eric’s time in Nigeria is a homecoming, from the overbearing love and interrogation from his grandma to the sight of his mother cutting plantains alongside Auntie Beryl to a newfound belonging in an underground queer club. For Wilkey, writing Eric’s journey served as a healing process after her own recent trip to Nigeria.

“It speaks to how I’ve always felt whenever I’m going to Nigeria: a feeling of deep home in a way that I am not able to feel in the U.K., even though that’s where I grew up, which I think is a sort of diasporan experience,” said Wilkey. “But then also a kind of alienation for the ways in which it can be really traditional or can be really conservative.”

In one scene, Eric’s mother demands he change out of his colorful tracksuit, warning him it is dangerous to draw attention to himself in Nigeria. In another scene, his grandmother inquires about an assumed girlfriend; his mother interrupts, claiming he’s too busy “focusing on his schoolwork” to date.

“It was important to me to both show the fear and the love that is a part of wanting people to dull their queer brightness down,” said Wilkey. “That comes through in Eric’s family because it’s like, ‘I love you, I love all of the ways that you manifest … but I’m just afraid of what being this way means.’”

While depicting the honest and complex realities of being Black, African and queer, Wilkey’s careful, deliberate construction refrains from othering and infantilizing Nigeria. Queer Black people have always existed on the African continent, living full lives while navigating vibrant traditions and customs that can, at times, be stifling or oppressive.

Wilkey recalled that when visiting Nigeria, she went to a queer house party where escape routes were part of the conversation, which Wilkey incorporated into Eric’s pilgrimage.

Wilkey wanted to ensure that same authenticity came through in Cal’s story. With no non-binary writers on staff, the show brought in her friend, Jodie Mitchell, as consultant.

Wilkey praised the writers and showrunner Laurie Nunn for their willingness to listen and collaborate with Mitchell. And Saleh said producers also checked in with them occasionally about scenes or storylines.

“It felt nice that they had non-binary consultants active in most of the production process,” said Saleh. “It felt good to be taken care of.”

Saleh, who already has a large LGBTQIA+ fan base as a singer-songwriter, poet and organizer, wanted to push Cal’s character to be even more open about their queerness. They said it was remarkable that Cal was forthright about their identity; the actor wanted to ensure their character wasn’t usurped into compulsory heterosexuality.

“That happens a lot with queer characters. They may have an interest in queerness, but they end up queerbaiting the audience,” said Saleh. “They don’t necessarily express their queerness, or their queerness is diluted for marketability.”

On television, cisgender, straight white leads are often cast as LGBTQIA+ characters. As a non-binary actor, Saleh’s presence defies the notion that Black queer representation must wait its turn.

“When we were coming up with Cal’s character, we didn’t know that they were going to be Black,” said Wilkey. “I loved watching it because the people who are leading the revolution are Black.”

For Saleh, the show was already a beautiful portrayal of the dynamic nature of Black friendship, love and identity. They hope Cal’s character demonstrates the importance of knowing what you want and going after it.

“What the younger version of myself would take away from Cal is the fact that they are blunt and honest about the things that they want. In doing so, they serve themselves the best,” said Saleh. “And they also serve the other people around them by bringing authenticity into how they engage with who they are, their boundaries, and what they’re comfortable with.”

“I think that’s a beautiful practice for anybody, and it’s something that I have benefited from just growing older.”