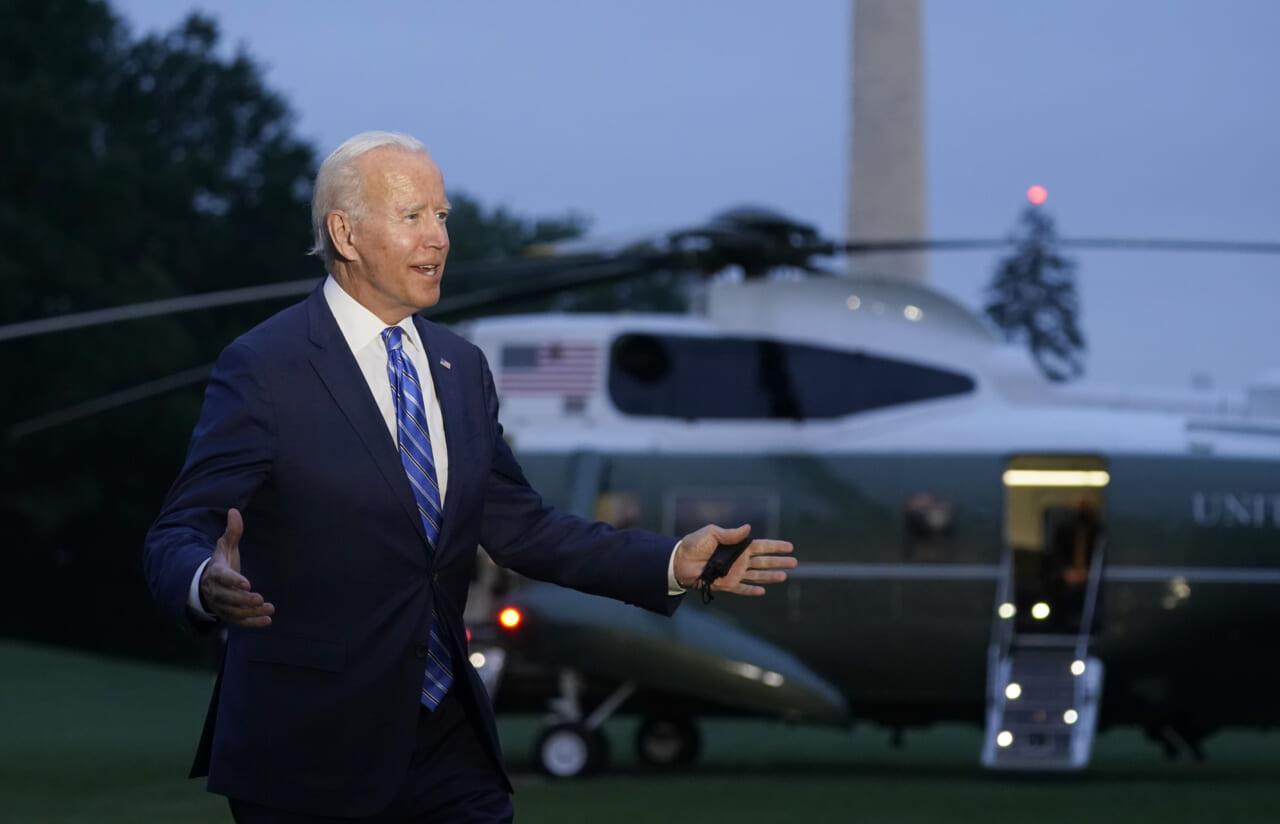 To get around Republican obstruction, President Joe Biden said Tuesday that Democrats are considering a change to the Senate’s filibuster rules in order to quickly approve lifting the nation’s debt limit and avoid what would be a devastating credit default.

The president’s surprise remarks come as the Senate is tangled in a fiscally dangerous standoff over a vote that’s needed to suspend the nation’s debt limit and allow the federal government to continue borrowing to pay down its balances. Congress has just days to act before the Oct. 18 deadline when the Treasury Department has warned it will run short of funds to handle the nation’s already accrued debt load.

Biden has resisted any filibuster rule changes over other issues, but his off-the-cuff comments Tuesday night interjected a new urgency to an increasingly uncertain situation.

Getting rid of the filibuster rule would lower the typical 60-vote threshold for passage to 50. In the split 50-50 Senate, Vice President Kamala Harris can break a tie, allowing Democrats to push past Republicans.

The topic was broached during a private Democratic Senate lunch session Tuesday as senators were growing exasperated with Republican Leader Mitch McConnell‘s refusal to allow a simple vote on the debt limit. Instead, McConnell is forcing Democrats to undertake what they view as a cumbersome process taking days, if not weeks, that will eat into their agenda.

With Republicans putting up hurdles to the vote, Democratic senators have been discussing a range of options — including a carve-out to the chamber’s filibuster rules.

But invoking a filibuster rules change seems highly unlikely, in part because all Democratic senators would need to be on board.

At his weekly press conference, Senate Majority Leader Chuck Schumer, D-N.Y., did not embrace — or reject — the idea of changing the filibuster for this one specific issue.

Instead, Schumer simply repeated what he, Biden and others have said — that Republicans should “ get out of the way” and allow Democrats to pass the measure that’s already been approved and sent over from the House.

“The best way to get this done is for Republicans to just get out of the way,” Schumer said.

He said the burden to stand aside is on McConnell’s shoulders.

McConnell, though, wants to force Democrats to use the process he favors, which gives Republicans ample time to remind voters about the unpopular vote.

“They’ve had plenty of time to execute the debt ceiling increase,” McConnell said about the Democrats. “They need to do this — and the sooner they get about it, the better.”

Once a routine matter, raising the debt limit has become politically treacherous over the past decade or more, used by Republicans, in particular, to rail against government spending and the rising debt load, now at $28 trillion.

The fact is, both parties have contributed to the debt and the nation has run a deficit most years for decades.

The filibuster has been up for debate all year, as Biden and his allies consider ways to work around Republican opposition to much of their agenda.

Biden has not backed earlier calls to end the filibuster for other topics — namely voting law changes. But Tuesday’s comments could signal a new phase.

At least one Democrat, Sen. Joe Manchin, D-W.Va., sounded resistant Tuesday. He and Sen. Kyrsten Sinema, D-Ariz., have raised objections to ending the filibuster on other topics this year.

The standoff over the debt ceiling that started weeks ago as a routine political skirmish is now entering more serious territory, as the senators risk a rare federal default if no agreement is reached.

That could set off a cascading fiscal crisis, rippling through not just the government and financial markets, but the ordinary economy and the lives of Americans.