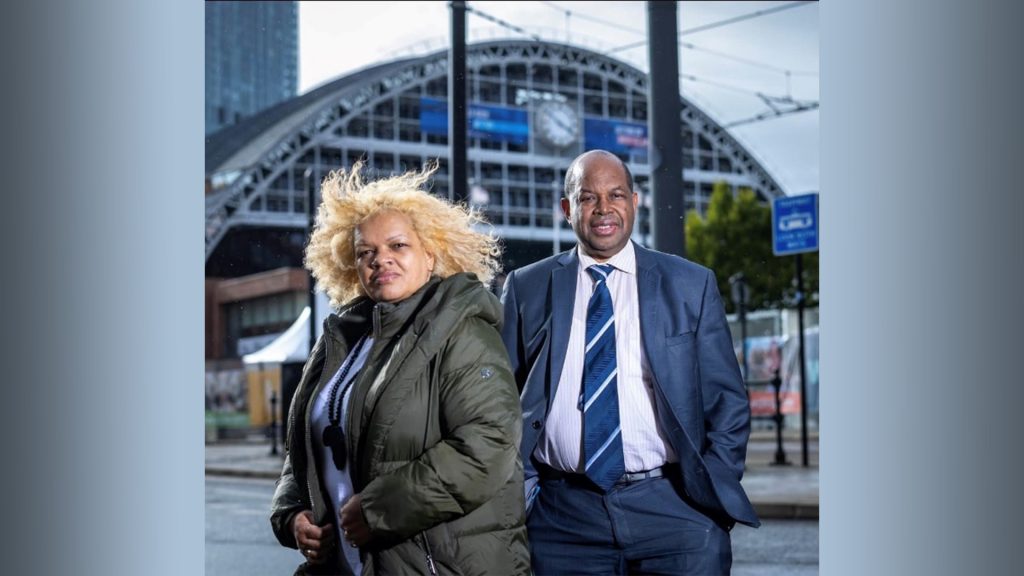 Two Windrush campaigners have said they felt humiliated and baffled after being refused access to the Conservative party conference in Manchester despite having been granted full accreditation at a cost of £225 each.

Julia Davidson, who works with Windrush families in Peterborough, told the Guardian she was allowed into the event on Sunday but turned away on Monday, after one of Boris Johnson’s advisers said there were concerns she might protest in the venue.

Anthony Brown, co-founder of the Windrush Defenders group, also said that when he went to collect his pass he was instead met by the same adviser, Myles Stacey, who only allowed him to attend chaperoned, to be introduced to people selected by No 10.

Davidson and Brown say they had only planned to meet contacts including a Conservative councillor, and to be introduced to other people who might be able to assist their campaign – the sort of activity ubiquitous in party conferences.

Brown, who did a law degree after being wrongly targeted for deportation from the UK, where he had moved as a six-year-old in 1967, said he felt “disgusted” at his treatment and was never told why he was not allowed in without an escort.

“I can guess why,” he said. “I just think they don’t want Windrush to be an issue, that we might detract from what the conference is meant to be about.”

Davidson, founder of Peterborough Windrush Generation and Descendants UK and a former Liberal Democrat councillor in the city, said she felt humiliated to be turned away from the conference.

She said Stacey, a special adviser to Johnson who joined No 10 in April, told her: “You’ve got to know about the Ts and Cs [terms and conditions] about banners, whistles, those kind of things.”

“We never came with any of that,” said Davidson. “It was about engagement – being able to go to the conference and just talk to people, like lots of groups do. But that opportunity was denied.”

Elijah McClain Was A Sensitive Black Man And That Still Didn’t Save His Life
Remember Central Park Karen? Woman Who Called Cops On Black Bird-Watcher Sues Former Employer For Firing Her
Teddy Riley Demands Soulja Boy Apologize To His Daughter Nia Riley For Alleged Abuse
Cardi B Reveals Past ‘Stupid Decisions’ Made Her Miss Out On A Multi-Million Dollar ‘Call Of Duty’ Deal
From Letitia James To Stacey Abrams, Black Women Keep Saving America From Itself