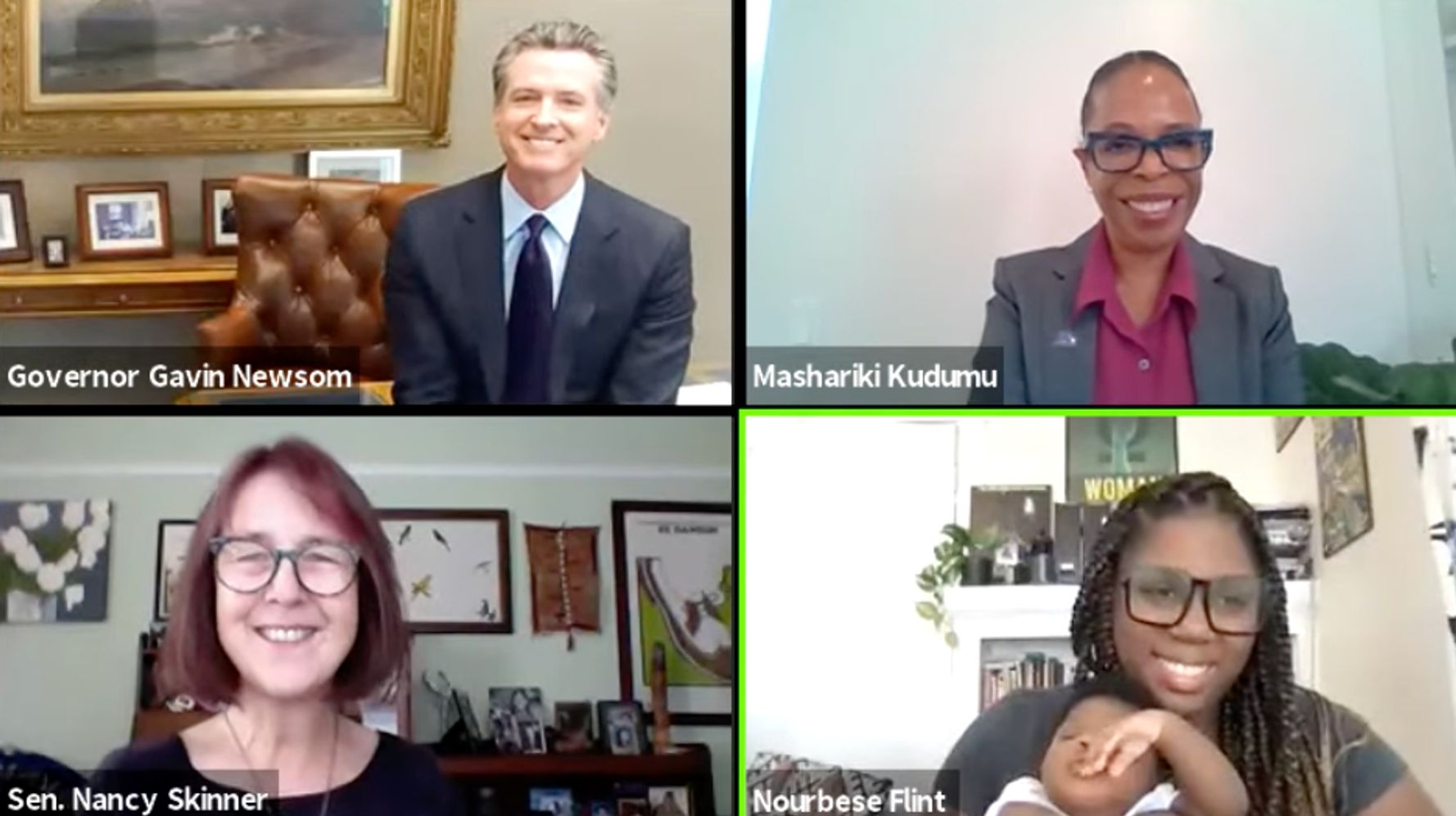 California Gov. Gavin Newsom signed new legislation meant to improve outcomes for birthing people and babies — and particularly for Black people, who face disproportionately high rates of complications and deaths in pregnancy and during and after childbirth.

The Democratic governor signed the bill, called the California “Momnibus” Act, in a virtual event, saying he was “really proud” of the bill seeking to bring “more data, more transparency, more accountability” to the issue of perinatal and infant mortality, particularly for families of color.

“It is unacceptable that the maternal and infant mortality rate among Black and Indigenous communities remains significantly higher than the state average,” the governor said, adding that this legislation was “doubling down on our commitment to both reproductive and racial justice.”

The new law will increase training for midwives, improve local counties’ data collection on infant deaths, expand a committee to investigate pregnancy-related deaths, and provide a monthly stipend to low-income people from six months of pregnancy to two years after a child is born.

Newsom noted that no other state in the nation has such a guaranteed income program for low-income pregnant people, nor do other states provide doula services regardless of recipients’ immigration status.

Across the U.S., Black women are three times more likely to die from pregnancy-related complications than white women.

In California, the racial disparities are even starker, with Black women six times more likely to die within a year of pregnancy than white women.

“The status quo cannot and will not continue,” said Dr. Akilah Weber, a state assembly member and co-author of the bill, who identified as a Black woman who has given birth two times.