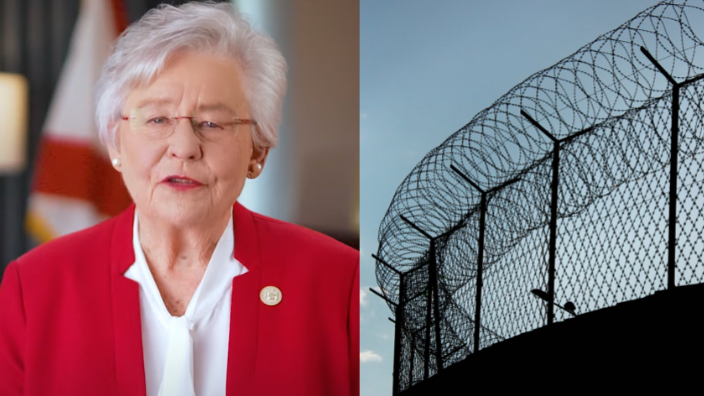 Alabama is exhibit A in the case against southern white people who have not managed to move beyond their ignorance, hatred, greed and racism. Still fighting to win the Civil War one day and preserve Jim Crow segregation the next, they keep electing politicians such as Alabama Gov. Kay Ivey. Ivey has announced she will use $400 million in federal COVID relief money and other funds to build more prisons — not build infrastructure, provide economic assistance to people in need or relieve the state’s health crisis.

According to the governor, this plan “will yield untold benefits to all Alabamians in the days ahead,” adding the prisons need to be built. “The Democrat-controlled federal government has never had an issue with throwing trillions of dollars toward their ideological pet projects,” Ivey said. 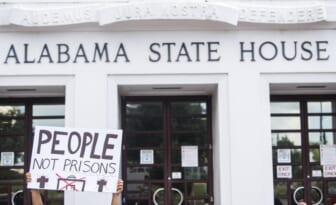 The evidence suggests only some Alabamians will benefit from more prisons, and they are not Black folks. According to the Prison Policy Initiative, Alabama has an incarceration rate that is higher than any democratic country in the world. Its prisons are the most violent in the country and have the highest rates of death sentences and executions.

Further, it is no surprise that Black people in Alabama are 28% of state residents, but 43% of the people in jail and 54% of those in prison. After all, this is a former slave state that never really rid itself of its slave plantations. With the convict lease system that first began in Alabama, the state’s white elite maintained slavery within the prison context, and used the plantation as a model for prisons. Black codes allowed Black men to be thrown into prison for the most minor offenses, once again providing free labor for the plantation owners. Faced with the harsh prison slavery conditions, many Black men were wiped out and died.

The conditions in Alabama prisons are so bad the U.S. Justice Department sued the state, filing a civil rights action against the entire Alabama prison system for unconstitutional living conditions such as overcrowding, homicides, sexual and physical violence from other inmates, unsanitary conditions and excessive force by prison guards. In recent years, the prison homicide rate in Alabama has been 10 times the national average. And over 2,000 inmates have contracted COVID in the red state.

Speaking of COVID, it is incomprehensible, or very much on brand, for a state such as Alabama to invest in incarcerating more (Black) people in the middle of a most devastating pandemic. The needs are great, yet the priorities are all wrong.

Before the pandemic, 45% of people in Alabama (2.1 million people) were poor or low wage, according to the Poor People’s Campaign, including 52% of children, 46% of women, 59% of Black people, 64% of Latinx people and 37% of White people. The coronavirus has only exacerbated these socioeconomic conditions.

Near the bottom in the country in health, education and criminal justice and the fifth-poorest state with 800,000 people in poverty, Alabama has been hit particularly hard by the virus. The state was once dead last in vaccination rates and now has a mere 43% of people fully vaccinated. Last year, for the first time, more people died in Alabama than were born. A state with a long history of a low regard for human life — an unhealthy obsession with embryos and fetuses but absolute contempt for living poor and Black people and their welfare — time has caught up with the Cotton State. A leader in lynching and domestic terrorist violence, Alabama’s solution to COVID is more violence behind prison bars.

Alabama has a record of shooting itself in the foot for the sake of white supremacy. For example, the state’s 2011 anti-immigrant law — which denied equal protection and fundamental rights to undocumented immigrants — drove migrant workers from Alabama, causing crops to rot, and leaving a worker shortage in poultry plants, landscaping  and other industries.

This latest story of Alabama building more prisons in the midst of a pandemic is a reminder that some people cannot do better, and refuse to be better than the backwoods swamps from which they came. With their faith in the gun and White Jesus, they will keep Black people down, out of the game and on the plantation at any price. But they can’t do it forever.

This is why voting rights matter, and the efforts of Black racial justice activists in the South are important to turn this all around. There will be no more Black folks picking cotton on the prison plantation.