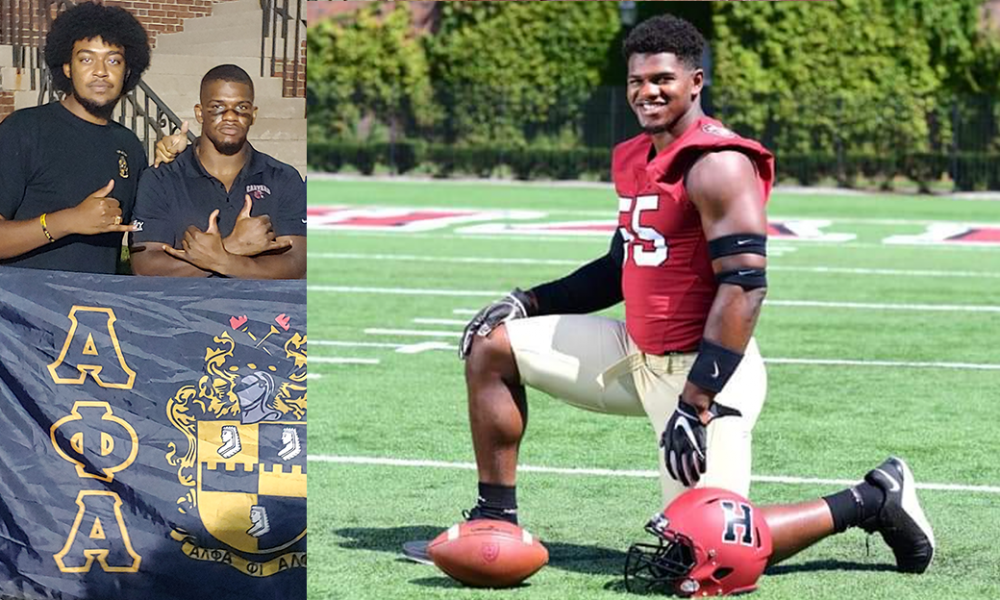 Did you know that the captain of Harvard University’s football team for the 2021 season, Jordan Hill, is a member of Alpha Phi Alpha Fraternity, Inc.?

Hill is a Fall 2019 initiate of the Rho Nu Chapter of Alpha Phi Alpha which encompasses the campuses of the Massachusetts Institute of Technology, Harvard University, and Tufts University. He was elected as the 147th captain of the Harvard Crimson football team. Harvard is one of the only schools that only has one captain for football.

He is a three time all All Ivy Selection, Major ‘H’ Award-winner and holds the record for most tackles in a game as a freshman.

He has also been active with community service and internships including working with the NFL as a Player Personnel Intern and also as a mentor and teaching assistant with Harvard’s Crimson Academy which serves high-achieving high school scholars from low-income families in inner city Boston and Cambridge.