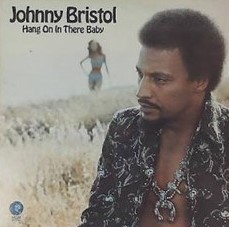 Composer, singer, and producer John William “Johnny” Bristol, Sr. was born on February 3, 1939, in Morganton, North Carolina. He attended Olive Hill High School in the city and performed with a singing group called The Jackets that appeared at school functions. He graduated in 1957 and joined the United States Air Force in 1958. While in the service he was a member of the soul duo “Johnny & Jackey” with Robert Lewis “Jackey” Beavers. Bristol married Maude Dickerson from Memphis, Tennessee, in 1959. They had one son, John William Bristol, Jr., and a daughter, Shanna Bristol. He fulfilled his military obligations in 1962.

By 1963 Bristol had divorced his first wife and married Iris Gordy, the sister of Motown Records founder Berry Gordy.  They had one daughter, Karla Gordy Bristol. Bristol by that point worked at Motown as a producer and lyricist. He was instrumental in the success of numerous artists and their single hits, including Marvin Gaye and Tammi Terrell’s “Ain’t No Mountain High Enough” (1967) and was a co-composer of the 1968 hit “What Does It Take (To Win Your Love)” by Jr. Walker & The All-Stars as well as David Ruffin’s 1969 hit “My Whole World Ended (The Moment You Left Me).” He was also the male voice singing response to Diana Ross on “Someday We’ll Be Together” (1970), the last no. 1 hit by The Supremes. Bristol left Motown in 1973 to join CBS as a producer and focus on a music career as a soloist.

In 1974, Bristol signed a contract with MGM. His first single, “Hang on In There, Baby” peaked at no. 8 on the Billboard Hot 100 and remained on the charts for 17 weeks. It also reached no. 2 on the chart and no. 3 in the United Kingdom. Bristol received two nominations at the 17th Annual Grammy Awards in 1974, one for best R&B vocal performance, male, and another for best new artist of the year.

In 1974 his “You And I” reached no. 49 and remained constant on the charts for seven weeks. His second single released that year, “Memories Don’t Leave Like People Do” failed to chart in the United States but peaked at no. 52 in the United Kingdom. Bristol’s often covered ballad, “Reaching Out for Your Love,” was released in 1975 but had only modest success.  In 1977 his “Do It To My Mind” reached no. 43 on the Billboard Hot 100 and stayed charted for 11 weeks while his other hits that year, “You Turned Me On to Love” reached 38, and “I Sho Like Groovin’ with Ya” peaked at no. 47. “Waiting on Love” peaked at no. 27 in 1978 on the U.S. R&B chart.

In 1980, Bristol collaborated with Amii Stewart for “My Guy/My Girl,” released by Atlantic Hansa Records. The composition peaked at no. 63 and stayed on the charts for eight weeks. It was his last single to chart. Bristol’s last album, Life and Love, was released in Japan in 1996. His last public performance was in 2002 when he sang “Someday We’ll Be Together” on a Public Broadcasting Service television special with Mary Wilson of The Supremes.

John William “Johnny” Bristol, Sr. died on March 21, 2004, at 65 at St. Joseph Mercy Livingston Hospital in Howell, Michigan. He was posthumously inducted into the North Carolina Music Hall of Fame in 2009.