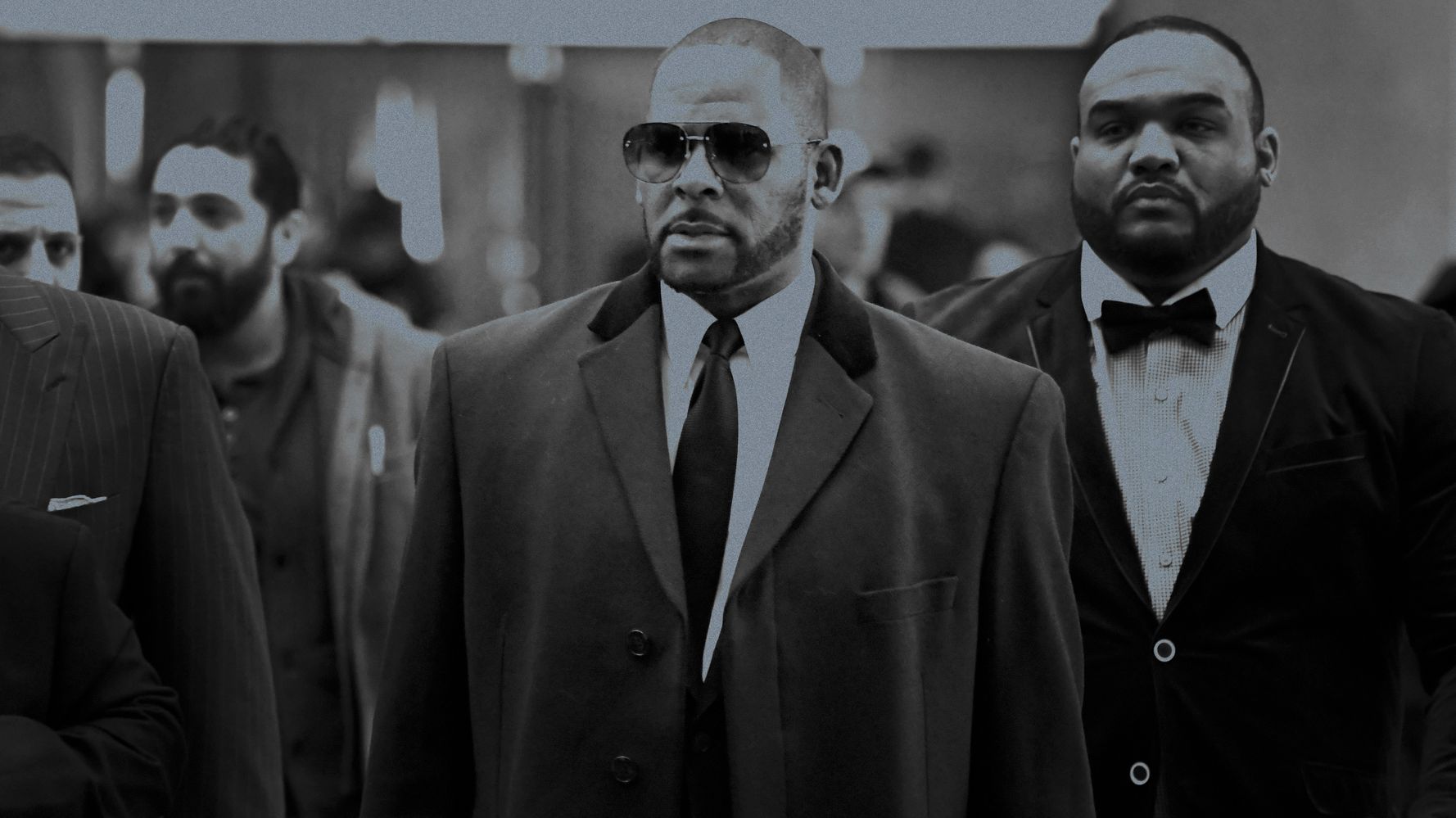 For six long weeks, my co-worker and I sat in a frigid overflow courtroom with other reporters listening to survivors share graphic details of being abused, groomed, controlled and held captive by R&B singer and producer R. Kelly.

We watched Jerhonda Pace, nine months pregnant and due “any day now,” keep an even tone as she recounted being abused at 16, pausing to fight tears only once. We listened to “Jane” walk the courtroom through how Kelly coerced her to have sex in exchange for a shot at making it big in the music industry. She shared that he knowingly gave her a sexually transmitted disease. We listened to “Stephanie,” who told the courtroom that Kelly “could put the fear of God in me very quickly.” We listened to several key witnesses reveal disturbing details of Kelly’s relationship to the late singer Aaliyah Haughton, whom he infamously married when she was just 15.

These women followed his rules: They never looked at or interacted with other men. They asked for permission to leave their rooms or to use the bathroom. They called him “daddy.” When they disobeyed, Kelly punished them with beatings he called “chastisements.” A few described their experiences as “humiliating.”

Last week, Kelly was found guilty on all charges in his sexual abuse trial, where he was convicted of racketeering and violating the Mann Act, which prohibits sex trafficking minors across state lines. It’s the first time the singer has been convicted of sex-related crimes since the allegations against him first surfaced nearly 30 years ago.

Within that time, Kelly used his power, fame and influence to harm Black girls, boys and young women. He went unchecked, never having to truly hide. His employees and industry colleagues aided and enabled him. They booked flights for girls and women to travel to Kelly for sex; they ignored obvious signs of his girlfriends’ abuse. One committed bribery to obtain a fake ID for 15-year-old Aaliyah to marry then 27-year-old Kelly. Kelly gave himself the nickname “Pied Piper of R&B,” a reference to the folklore character who played his instrument to lure children away from their homes.

Many on social media asked what took so long for Kelly to be held responsible. Kenyette Tisha Barnes, co-founder of #MuteRKelly, put it plainly: “They were Black girls. I mean, let’s be real.”

It’s been proven time and time again that people don’t listen to Black girls — not just anecdotally, but statistically. Society couples that adultification with oversexualization and strips Black girls of their agency early: By age five, Black girls are seen as more adult than their white counterparts. This leads Black girls to being among the most susceptible to sexual violence, second only to Indigenous girls. As many as six in 10 Black women report being subjected to coercive sexual contact before age 18, according to a report from TIME’S UP. The National Center for Violence Against Women in the Black Community also reports that 40% of sex trafficking survivors are Black.

When people treat Black girls as adults, they’re less likely to listen to Black girls’ accusations or look for them when they go missing. The cases of missing Black girls often go ignored and underreported in the media. (In 2020 alone, more than 70,000 Black girls under 18 went missing.)

How does R. Kelly then, in serial ways, harm women of color, young brown and Black girls? Because the foundation was laid for him.”
Angela Douglas, co-executive director at Vera House

“The numbers of Black girls that are experiencing sexual violence are skyrocketing and continuing to,” Dani Ayers, CEO of Me Too International, told HuffPost. “However, so few of those Black girls actually report and disclose and share that this has happened to them. Even fewer go to the police to try to address the violation that has happened to them.”

“And that’s because of the internalization that happens when you are constantly telling a Black girl that she is responsible when someone violates her body,” she continued. “That over sexualization and the adultification impacts us as Black girls. We take on the responsibility and it is not ours to take on. And so therefore, we don’t talk about it, we hide it, we feel ashamed, we feel powerless.”

Angela Douglas, co-executive director at Vera House, an organization fighting to end domestic and sexual abuse, said the blatant disregard for Black girls’ safety and autonomy over their own bodies stems from enslavement. Black women didn’t control their own bodies. They were raped, brutalized and sold for purposes of procreation, inhumane labor, abuse and control. This treatment was legal and the status quo. No laws protected them as humans, especially since they were constitutionally seen as three-fifths of a person. They were considered property and treated as such.

“It was always made clear that your body was to be used, owned and determined how to be used by someone else in your life other than you,” Douglas said.

That perspective has been widely adopted, even in Black communities. Despite last week’s guilty verdict and three pending sexual abuse trials against him in Illinois and Michigan, the rhetoric that allowed Kelly’s pattern of abuse continued immediately after news broke. Outside the courtroom, Kelly’s supporters blasted his music and cursed those “lying bitches.” Twitter users called Aaliyah “fast” in the same breath they condemned Kelly. Bill Cosby, who was found guilty of aggravated indecent assault but was recently released from prison after his conviction was bizarrely overturned, said that Kelly was “railroaded” and didn’t have a fair trial.

Though none of this rhetoric started with Kelly, predators like him take advantage of the language and culture that gives them power over girls and women.

The defense leaned heavily on these tropes throughout Kelly’s federal trial in Brooklyn, New York. Defense attorneys Devereux Cannick and Nicole Blank Becker questioned the accusers about twerking and their clothes.

“These were individuals who knew what they were getting into,” Becker said during opening statements. “What we have described is a number of women who are out for revenge.”

Throughout the trial, the defense argued that the survivors were women “scorned” and that they were “lying” to profit off of the singer. In closing arguments, Cannick called Pace “a super-stalker,” “a super-hustler” and “a groupie extraordinaire.”

When HuffPost asked about why the defense felt those statements were important to their argument, Cannick doubled down on the idea that the accusers were trying to profit off of the singer. “R. Kelly didn’t need to target women,” he said during an impromptu press conference after the verdict. “R. Kelly had women, girlfriends who bought into his lifestyle and were there and you heard nothing.”

After the verdict was announced, DeAngelo Brewster, 36, who identified himself as Kelly’s godson, told HuffPost that the trial was unjust because it was based on “he-say, she-say.”

Oronike Odeleye, who co-founded #MuteRKelly with Barnes, said that a lot of this response has to do with the emphasis placed on protecting Black men, even at the expense of Black women.

“It has been really bred into us to protect Black men at all costs, and we don’t extend that same grace and support to our sisters in the same way,” Odeleye told HuffPost. “So we have a narrative going on that Black men are unduly persecuted in society, which is based in a lot of truth, but we ignore what is also happening to Black women in society.”

When Odeleye and Barnes formed #MuteRKelly in 2017, few people were listening to the accusers who had stepped forward to tell their stories. They went on a mission to literally stop people from playing R. Kelly’s music, trying to get it removed from radio airwaves and streaming services. The two also worked to get Kelly’s label, RCA, to end his contract and gave a platform to local grassroots organizations working with survivors. Their push led to the industry acknowledging Kelly’s wrongdoings more seriously than ever before. It also created a runway for “Surviving R. Kelly,” the 2020 docuseries that brought national attention to the singer’s abuse.

I think about the Black girls in general who have dealt with sexual violence in one way or another and had to watch that person sit in prominent positions and be forced to deal with them.
Tarana Burke, Me Too co-founder

It took Black women activists to ignite the fight to protect Black girls. It took survivors summoning up the courage to tell the story of the trauma they faced at the hands of a powerful man and his enterprise to the world. And it took too damn long for justice to be served.

Barnes said she hopes the legacy of Kelly’s conviction will be to show Black girls and women are “credible victims and witnesses of sexual violence.”

“We have language that suggests that Black women are deemed unrapeable and that Black women’s bodies have always been commodified in some way, either to breed for labor or to use for sexual pleasure,” she said. “And I think we need to get real about that. That yes, we can be raped. We can be harmed and our harm is real.”

In 2018, Me Too founder Tarana Burke told HuffPost that Kelly is a “proxy for the scores of men in our community and our families, in our lives who are serial abusers in ways that we ignore, that we think are foreign to our community and they’re not.”

“I think about the Black girls in general who have dealt with sexual violence in one way or another and had to watch that person sit in prominent positions and be forced to deal with them and have them in their lives in some sort of way and have no recourse,“ she added.

A real shift in culture that ensures Black girls are protected will take the dismantling of the same systems of injustice that strip them of their power. Though this conviction is one step forward for the survivors, Douglas cautioned against “choos[ing] amnesia” and returning to the same patterns that harm Black children.

“I’m hoping that we will choose healing, transformation and the deconstruction of the social norms that are keeping us not only in prison, but also keeping our daughters, our nieces, our friends, our cousins harmed,” Douglas continued. “And we have the opportunity to do that, but I have to be honest with you, I do not have faith that we will always choose that.”

A Lot Of Far-Right Candidates Got Walloped In This Week’s GOP Primaries
Details Revealed On How Chadwick Boseman’s Estate Will Be Distributed
1955 Warrant In Emmett Till Case Found, Family Seeks Arrest Of Woman
The Battle of Mogadishu (1993)
Soul Singer P.P. Arnold Said Ike Turner Raped Her In The ’60s