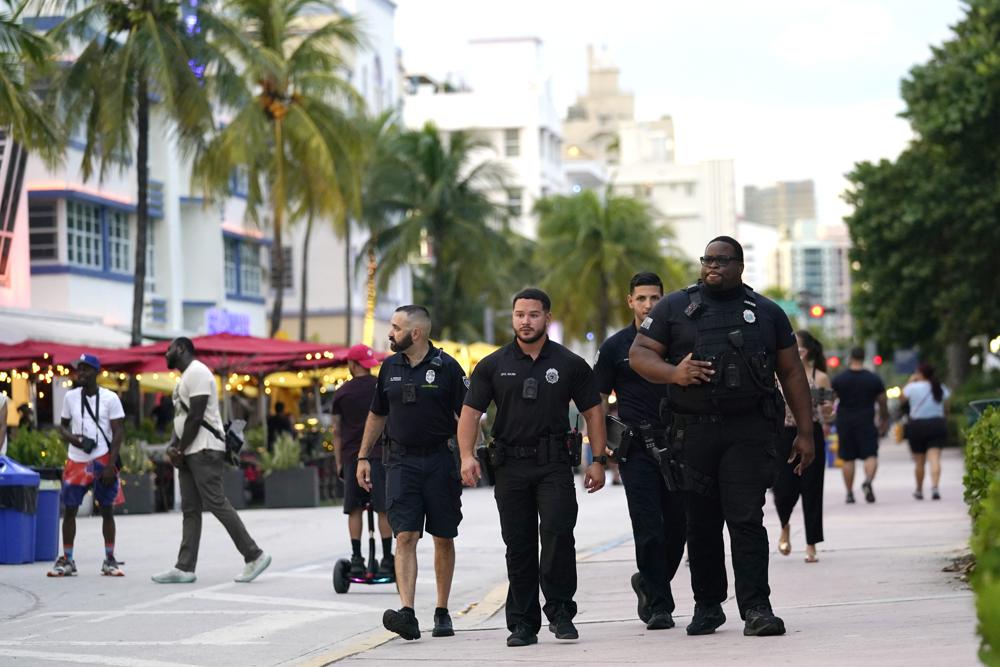 Miami Beach wants to turn down the volume in the city’s South Beach party neighborhood, citing increasingly raucous crowds, public drinking and growing violence, but efforts to curb the carousing have raised complaints about racism, classism and business practices along one of the nation’s most glamorous waterfronts.

The 10-block stretch of Ocean Drive known for art deco hotels, restaurants and bars is sandwiched between two areas that cater to more affluent tourists. The tension has been bubbling for years as party crowds grew from a few weekends a year into a year-round presence. The situation worsened during the pandemic when city officials closed the main drag to vehicles and allowed restaurants to offer more outdoor seating, which invited a carnival atmosphere on the street.

“We cannot accept this as our normal,” Mayor Dan Gelber said. “What we have called an entertainment district has become an incredible magnet for crime and disorder, and whatever it provides in revenue is just not worth the heartache.” 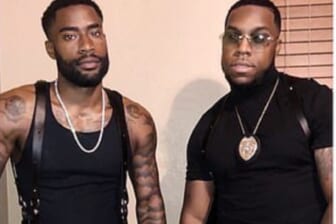 His long-term proposal would rebrand the blocks known as the entertainment district by hosting higher-end concerts and fairs, focusing on family-friendly events and marketing the city’s often-overlooked but impressive museums and symphony. He also wants to limit loud music and halt alcohol sales at 2 a.m.

The area has waxed and waned over many decades. It fell into decline after a midcentury heyday, but TV shows like Miami Vice made it cool again in the 1980s, and supermodels gathered at fashion designer Gianni Versace’s oceanfront estate in the 1990s. More recently, rap lyrics have immortalized South Beach.

The Ocean Drive closure, which remains in effect as the city maps out its future, has wrought financial havoc on hotels and restaurants.

Tom Glassie, longtime owner of the Avalon Hotel, has been meeting with city officials and residents for the past two years, wrestling with “what do we want to be when we grow up.”

“The nightlife took over. We were the best nightlife,” he said. “There was nothing wrong with that, but it just got overbranded” and eclipsed arts and culture.

The mayor’s proposal also seeks to increase office and residential space and cut the number of bars and clubs.

Zoning regulations allow both residential and commercial spaces, but no buildings can be taller than five levels, which deters investors who would rather build luxury high-rises. In addition, the art deco facades that provide glamorous backdrops have historic building protections, making the cost of renovations prohibitive for some developers.

Other businesses like the legendary Clevelander hotel and bar and the Mango’s nightclub complain that they have been caught in the crosshairs and unfairly lumped in with bars and nightclubs that cause trouble.

“We’re tired of being made into the bad guy, to continue to blame a 30-year-old business that is one of the largest taxpayers in the city and one of the largest employers,” said Joshua Wallack, chief operating officer of Mango’s Tropical Cafe.

“People come off these cruise ships dreaming of dancing salsa at Mango’s.”

Alexander Tachmes, attorney for the Clevelander, accused the mayor of “really turning up the heat on the Ocean Drive anti-business rhetoric” last summer and essentially trying to siphon off established businesses while the city attempts to rebrand and court more cultural businesses.

The Clevelander sued the city over the 2 a.m. alcohol ban in May and won a temporary injunction until a trial starts this fall. The owners also sought in court to have Ocean Drive reopened, arguing that pandemic restrictions were no longer necessary, but they were unsuccessful.

The bar said the chaos in the street has made it difficult to maintain a nightlife business. The Clevelander checks IDs and pays for security, yet it has been a victim of vandalism and fights that spill over from nearby crowds. The bar voluntarily shut down early in March as the city struggled to gain control during spring break.

The majority of “problem tourists” are not college students, but come from out of state looking for trouble, city officials have said.

Some Black activists have accused the city of using overly harsh police tactics to disperse crowds and, on a larger scale, trying to attract only certain types of visitors, while discouraging others.

Part of South Beach also caters to middle-income customers, on the opposite side of the higher-end playground that includes the Fontainebleau, Delano and Faena hotels.

“If you can’t afford $200 for two people for dinner, you have the right to eat and have a nice drink and watch a football game,” said Tachmes, who also represents two upscale restaurants. “You don’t have to have a Michelin restaurant in order to eliminate crime.”

During notoriously crowded weekends, some websites dish on the best party spots and exclusive poolside parties, while other sites offer tips to residents and vacationers looking to avoid the melee.

In an attempt to discourage large crowds, the city canceled all programs amid the pandemic, leaving a void where tens of thousands of people gathered with nothing to do. An initial lack of police created an anything-goes atmosphere, and businesses complained that crowds were using marijuana, drinking and treating the area like a house party.

Ken Koppel, chairman of SoBe Safe, a group of 400 concerned residents, said some tourists are merely “gun-toting drug sellers who disrespect cops and misdemeanor statutes” and gather in crowds that are too large for police to control.

And even with the increased police presence, which Koppel said many residents support, “who wants to live in or pay for an armed camp forever?”

3 Black Women With Links To The Chicago Area Were Victims Of LA Mass Shooting
4 Arrested In Alleged Rape Of LSU Student Who Was Later Fatally Struck By Car
‘The Real Friends Of WeHo’ Follows A Tired Formula
3 Memphis Fire Dept. Workers Terminated After Failing To Render Proper Aid To Tyre Nichols
Bengals Players Rally Around Teammate Devastated Over Costly Penalty