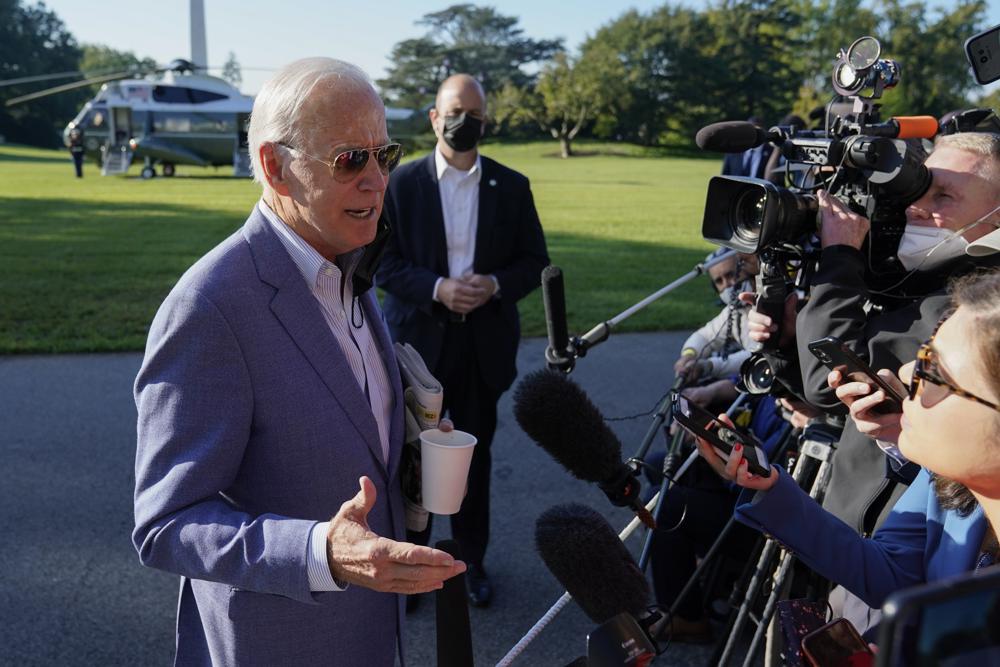 President Joe Biden on Saturday acknowledged frustrations as Democrats strain to rescue a scaled-back version of his $3.5 trillion government-overhaul plan and salvage a related public works bill after frantic negotiations failed to produce a deal.

“Everybody’s frustrated, it’s part of being in government, being frustrated,” Biden told reporters before leaving the White House for a weekend stay at his home in Wilmington, Delaware. He pledged to ”work like hell” to get the two pillars of his domestic agenda passed into law, but refrained from laying out a new deadline.

The president had gone to Capitol Hill on Friday for a private meeting with House Democrats that was partly a morale booster for the disjointed caucus of lawmakers. According to lawmakers in the room, he discussed a $1.9 trillion to $2 trillion-plus price tag for the larger package that would expand the country’s social safety net.

The White House and its allies in Congress are prepared for protracted negotiations. Biden said he would soon travel around the country to promote the legislation and he acknowledged concerns that the talk in Washington had become too focused on the trillions in new spending and taxes in the bill. 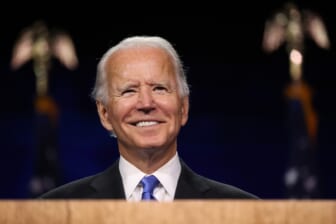 He pledged to do more to educate the public about the plan’s new and expanded programs, which he contended have the support of the vast majority of the electorate.

The president said he believed the legislation will be signed into law with “plenty of time to change the tax code for people next year.”

It’s a pivotal time for Biden and the party. His approval ratings have dropped and Democrats are restless, eager to deliver on his signature campaign promise of rebuilding the country. His ideas go beyond roads-and-bridges infrastructure to delivering dental, vision and hearing care for seniors, free prekindergarten, major efforts to tackle climate change and other investments that would touch countless American lives.

Holdout Democratic Sen. Joe Manchin of West Virginia had dashed hopes for a swift compromise on a framework when he refused to budge late Thursday on his demands for a smaller overall package, about $1.5 trillion.

Without a broader deal, prospects for a vote on the companion public works bill stalled out as progressives refused to commit until senators reached an agreement. House Speaker Nancy Pelosi, D-Calif., told colleagues that “more time is needed” as they shape the broader package.

The House on Friday night passed a 30-day measure to keep transportation programs running during the stalemate, essentially setting a new deadline for talks, Oct. 31. The Senate approved it without debate during a brief Saturday session, to halt the furloughs of more than 3,500 federal transportation workers, a byproduct of the political impasse. Biden signed it by evening.

Pelosi, keeping her promise to centrists, had insisted earlier Friday that there would be a “vote today” on the $1 trillion infrastructure bill that is popular but is snared in the debate over Biden’s broader measure. But with Democratic progressives refusing to give their support for that slimmer roads-and-bridges bill unless advances were made on the president’s big bill, Pelosi was unwilling to call for a vote.

“Out of respect for our colleagues who support the bills and out of recognition for the need for both,” Pelosi said in a letter Saturday to House Democrats that she would not bring the smaller measure “to the floor to fail.”

Sen. Kyrsten Sinema of Arizona, a key centrist Democrat who helped steer the public works bill to Senate passage but has concerns that Biden’s overall bill is too big, was dismayed by the delay on the bipartisan package negotiated with the president.

In a statement Saturday, she said the canceled vote was “inexcusable, and deeply disappointing” and “erodes” the trust needed for “good-faith negotiations.”

With Republicans solidly opposed to Biden’s sweeping vision, the president and Democrats are reaching for a giant legislative accomplishment on their own — all to be paid for by rewriting federal balance sheets with tax increases on corporations and the wealthy, those earning more than $400,000 a year.

The larger of Biden’s proposals is a years-in-the-making collection of Democratic priorities with an ultimate price tag he says is zero, because the tax revenue would cover the spending costs.

“We will and must pass both bills soon,” Pelosi said in her letter. “We have the responsibility and the opportunity to do so. People are waiting and want results.”

The White House and Democrats also are focusing on raising the nation’s borrowing limit before the United States risks defaulting on its obligations — a deadline the Treasury Department estimates will be reached no later than Oct. 18. The House has already acted, but Republican senators have indicated they will not provide votes for bipartisan passage and want Democrats to go it alone.

“I hope that the Republicans won’t be so irresponsible as to refuse to raise the debt limit and to filibuster the debt limit,” Biden said Saturday. “That would be totally unconscionable. Never been done before. And so I hope that won’t happen.”

Ashton Sanders Says Playing Bobby Brown In Whitney Houston Biopic Was ‘Euphoric’
Fantasia Is Now An Honorary Member of Sigma Gamma Rho
Lizzo Speaks About Facing Stigma As A Black Pop Music Artist: ‘You Just Gotta Get Used To Me’
There’s A Mental Health Crisis Among Black Students. What Are HBCUs Doing To Help?
Birdman Claims Cash Money Rapper B.G. Will Be Home In A ‘Few Weeks,’ Cutting His 14-Year Sentence Short