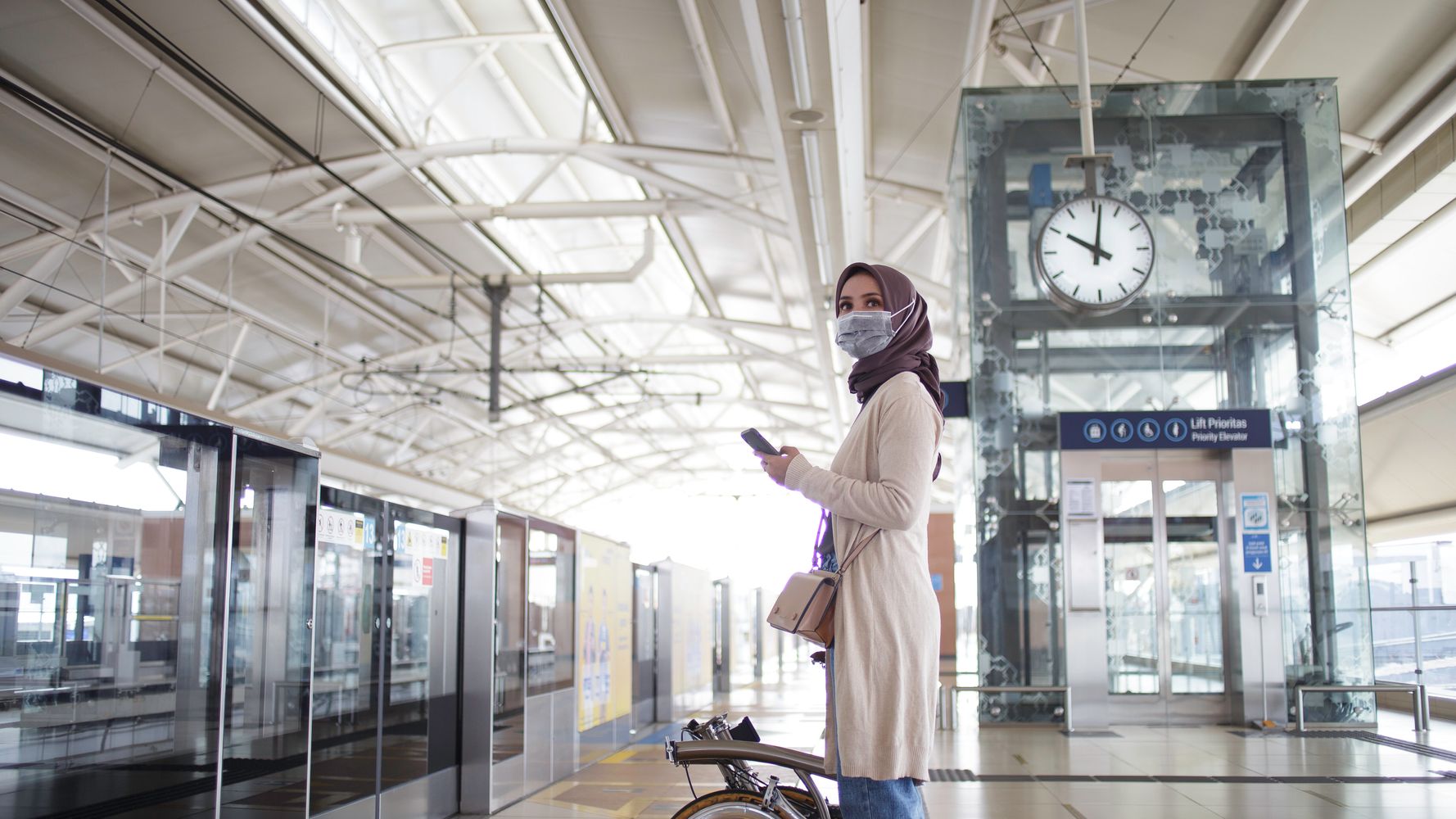 More than two-thirds of Muslim Americans have personally encountered Islamophobia at least once in their life, according to a new survey.

The study — which surveyed 1,123 American Muslims across the country last fall — aimed to assess the impact of Islamophobia on behaviors and attitudes, as well as to provide insight into how state and federal policies that disproportionately target Muslims have impacted their social, psychological and emotional well-being. The Othering & Belonging Institute at the University of California, Berkeley, released the report, “Islamophobia through the Eyes of Muslims,” on Wednesday.

“One thing that is particularly interesting about the survey, or the findings, is that we’re actually able to quantify the prevalence of Islamophobia, and that is just heartbreaking,” said Basima Sisemore, a researcher at the institute’s Global Justice Program and one of the authors of the report.

However, 88% of those who had experienced an Islamophobic incident say they did not report it to the authorities. More than half said a law enforcement officer had treated them unfairly because of their religious identity. And 63% said they had either personally experienced or know someone who has been affected by federal and/or state policies targeting Muslims.

The government of the United States purposely and intentionally created this sense of suspicion among Muslims themselves, [which led to] the idea of self-censorship.
Elsadig Elsheikh, director of the Othering & Belonging Institute’s Global Justice Program

In the 20 years since 9/11, there has been an uptick of controversial programs that have surveilled, spied on and targeted Muslim Americans under the guise of national security.

In 2002, President George W. Bush implemented the National Security Entry-Exit Registration System, or NSEERS, which created a registry for all male foreign nationals 16 years or older from 25 predominantly Arab and Muslim-majority countries.

The New York City Police Department also had a surveillance program, which was exposed by The Associated Press in 2011. It placed undercover law enforcement officers and informants in predominantly Muslim communities, where they surveilled mosques, took pictures of worshippers and hung out in Muslim-owned businesses. In 2015, the Department of Homeland Security developed the Counter Violent Extremism program, which also disproportionately targeted the Muslim community.

For years, civil rights organizations have found that such programs are both ineffective and discriminatory. They create a culture of fear and mistrust among Muslims, who don’t know who they can trust and who may be undercover trying to entrap them.

“The government of the United States purposely and intentionally created this sense of suspicion among Muslims themselves, [which led to] the idea of self-censorship,” said Elsadig Elsheikh, the director of the Othering & Belonging Institute’s Global Justice Program and one of the authors of the report.

This self-censorship may manifest in different ways. For example, Elsheikh said, an individual may choose not to engage in casual conversations with local Muslims out of mistrust or may not donate to Islamic charities out of fear that the government would deem the organizations suspicious or problematic. The new report found that 88% of Muslims surveyed said they had engaged in some form of self-censorship.

The survey also found that 33% of participants admitted to hiding their religious identity at some point in their lives. Younger Muslims, between the ages of 18 and 29, were more likely than any other age group to have done so.

Sisemore said she hopes the study will further expose how policy “very much sets the tone for how Muslims are treated in the United States.”

Still, the authors found hopeful notes. For one, over 99% said they socialize with non-Muslim groups, despite these challenges. And 79% said Islamic values are consistent with U.S. values.

“In doing this research and this study, this is one of the ways we can assert our positions as Muslim Americans,” Elsheikh said. “We can speak for ourselves. We have the tools. We have the knowledge and we have the capacity to do that.”