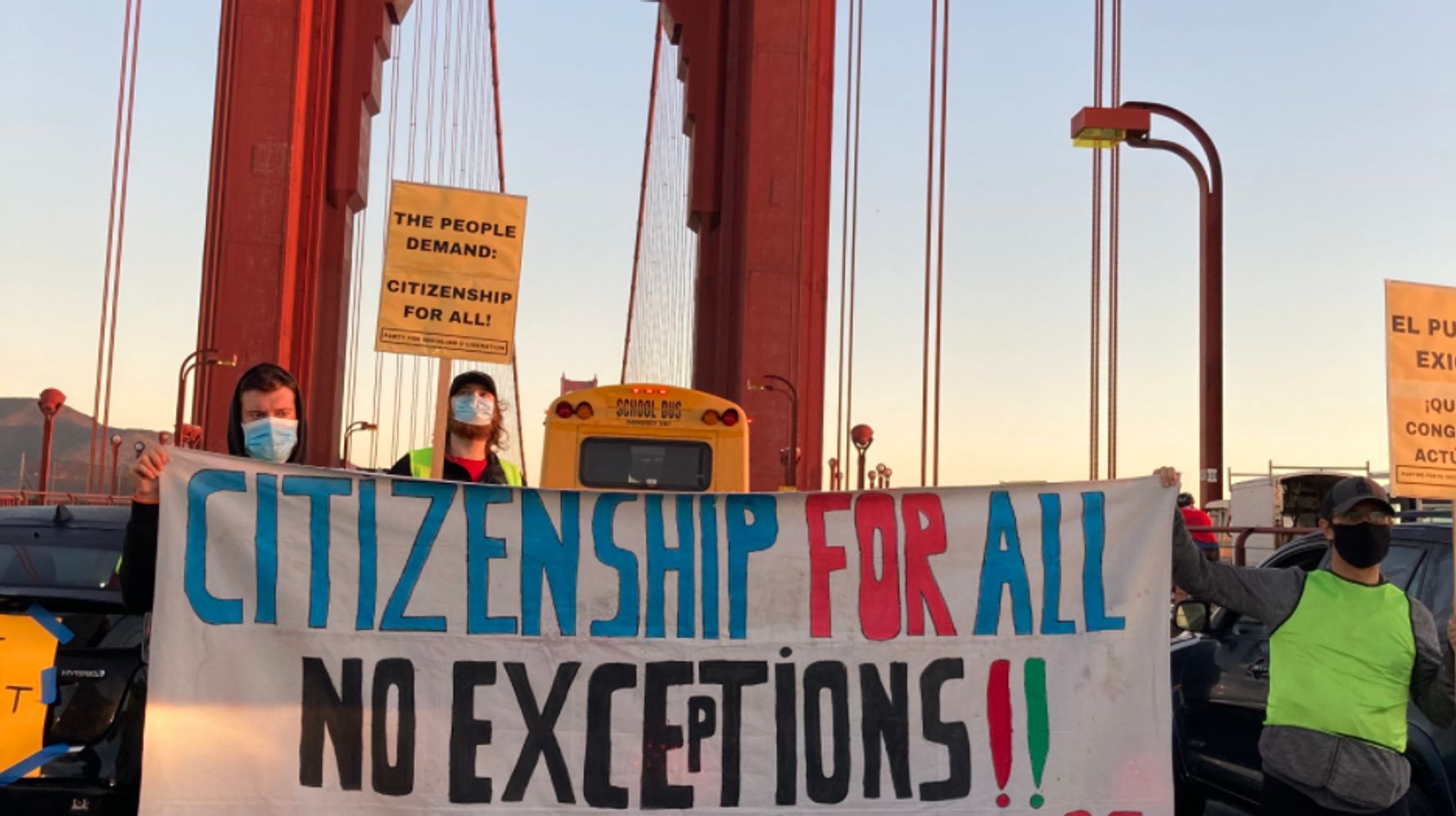 Activists with the Bay Area Coalition for Economic Justice and Citizenship for All halted traffic for 45 minutes by stopping over two dozen cars on the bridge, organizers said in a release.

Protesters held banners that read “citizenship for all, no exceptions” and “override the parliamentarian,” and chanted “Aquí estamos y no nos vamos” — “We are here and we’re not leaving.”

Officers with California Highway Patrol arrested five of the activists, according to organizers.

Earlier this month, the Senate parliamentarian ruled against including a path to citizenship for certain immigrants in Democrats’ major spending bill, which is being advanced through the budget reconciliation process.

Activists on Thursday were calling for Democrats to overrule the parliamentarian — as some progressive lawmakers have also suggested. But this is unlikely to happen, given Democrats’ narrow majority in the Senate. Senate Judiciary Committee Chairman Dick Durbin (D-Ill.) has said it is not “realistic” to do so, since “the votes needed on the floor are not there.”

“Immigrant communities cannot wait another 20 years of failed promises,” organizers said in a release, noting that undocumented immigrants have been repeatedly excluded from stimulus aid during the COVID-19 pandemic, even as they disproportionately work on the front lines in agriculture, health care and more.