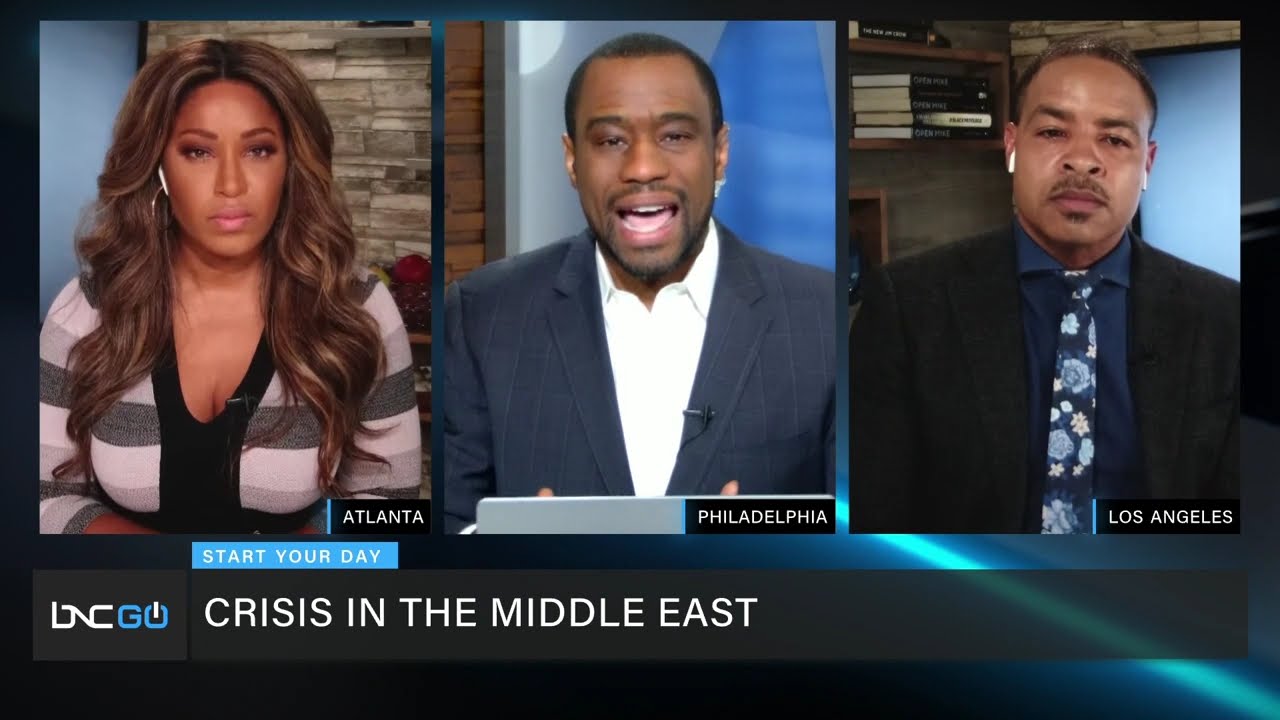 Videos
Share on Facebook
Share on Twitter
Share on Pinterest
Share on LinkedIn
As tensions escalate between Israel and Palestine, “Start Your Day” hosts Sharon Reed and Mike Hill admit that they are still doing their part to learn more. Marc Lamont Hill, host of “Black News Tonight,” joins the show to explain the conflict between the two regions and how U.S. officials are responding to it. He says the Biden Administration has a “do-nothing approach.” Citing former President Donald Trump’s actions in Israel, Hill says it is now difficult for the two to negotiate because of an imbalance of power. He also notes that President Biden did not undo any efforts put in place by Trump’s administration. Hill also says the United States needs to stop protecting Israel from international condemnation. Citing that antisemitism is a real threat worldwide, Hill says critique on the state of Israel has to be disconnected from antisemitism.

Lil Cam 5th Arrested, Could Houston Police Be One Step Closer To Finding Out Who Killed Takeoff?
Bling Bling: 5 Songs From Cash Money’s B.G. That Every Gen-Zer Should Get Familiar With
Audie Cornish On Leaving ‘All Things Considered,’ Her New Podcast And The Art Of Interviewing
Ashanti Recalls Pervy Producer Asking Her To Shower With Him Or Pay $80,000 For Songs They Recorded Together
Cardi B Fires Back At Critics Who Say She’s Taking Too Long To Release An Album