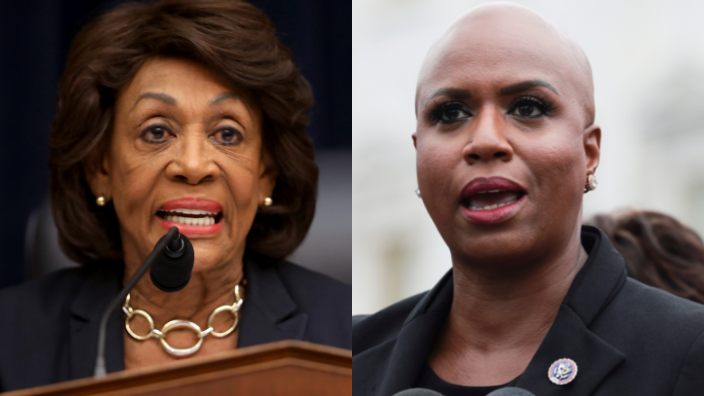 Arizona Democratic Senator Kyrsten Sinema has met with President Joe Biden at least four times over the past 24 hours, placing a microscope on the power she wields in holding up or pushing the federal budget process forward. President Biden has also been in communication with Democratic House and Senate leadership as the clock ticks to find the government salvo.

Frustration on the part of Democrats on both ends of Pennsylvania Avenue, is palpable as the Sept. 30 deadline for the fiscal year is hours away, and the very real possibility of the government shutdown nears.

TheGrio spoke with people who are involved in and around the process and those impacted by the process. The unscientific general consensus of those questioned is frustration.

U.S. Congresswoman Maxine Waters of California said on the eve of the end of the federal government’s fiscal year, “That anyone would contribute to closing down the government in the middle of a pandemic is absolutely unthinkable. The fact of the matter is that Republicans have made a political calculation that it is more beneficial for them to try and obstruct President Biden’s agenda, even if it means undermining the full faith and credit of the United States.

“They are willing to shut our government down and are refusing to suspend the debt limit — something they have done in the past,” Waters added.

The long-serving congresswoman said the actions of lawmakers playing politics with the nation’s purse strings “are to the detriment of Americans across the country.”

Treasury Secretary Janet Yellen has clearly laid out the consequences of a Republican default: 50 million seniors could stop receiving social security, payments to our troops would be delayed, 30 million families would not receive their child tax credit payments on time, and unemployment will rise.”

Another Democrat who is expressing very serious concern is Congresswoman Ayanna Pressley.

“There’s been an erosion and a deficit of trust between the American people and government. And I know that people talk about being frustrated about polarization. But at the end of the day, what the people want and deserve and need and what they’re looking for is for the Democrats to deliver,” Pressley told TheGrio.

“People will say be practical, you know, negotiations are about compromise. Well, I’m tired of Black and brown folks and the most marginalized always being the first thing that is sacrificed, and that is compromised. And we are told eventually we will get to you. Justice delayed is justice denied.

“I’m focused on substance and impact. People talk about the midterm elections. The ultimate persuasion tool is impact. Let us deliver something to the people,” Pressley added. “Let’s hear their cries. We have the majority, we have a mandate, let’s act like it.”

April Verrett, president of SEIU Local 2015, international vice president for SEIU and chair of the SEIU National Health Care Council, has talked with congressional leaders and White House officials about the matter as she says the stakes are high for her membership that is mostly Black women who are underpaid and for the most part in or bordering poverty as they are not making $20 an hour. Asked if she would make an appeal to the president, she turned her attention to Vice President Kamala Harris.

“She talked a lot during the campaign about her mother at that kitchen table, right. This is a kitchen table in the middle of the night moment … where we have to figure it out,” Verrett recalled. “Black women, we know how to figure it out. And I think that they can use them as an example.”

Verrett added, “We don’t walk away from problems. We don’t throw our hands up. We stay at the table until we figure out how to keep a roof over our heads, how to keep food on our table, how to make a better life for our children than the ones that many of us have left.”

Grand Jury Indicts White Men Accused Of Firing At Black FedEx Driver In Mississippi
Teodoro Obiang, World’s Longest-Serving President, Extends His 43-Year Rule And Sets Up Son To Succeed Him
Black Fireman finds a noose left in his locker
Black Mayors Will Soon Lead 5 Of America’s 10 Largest Cities
Overt Racism at the Palace