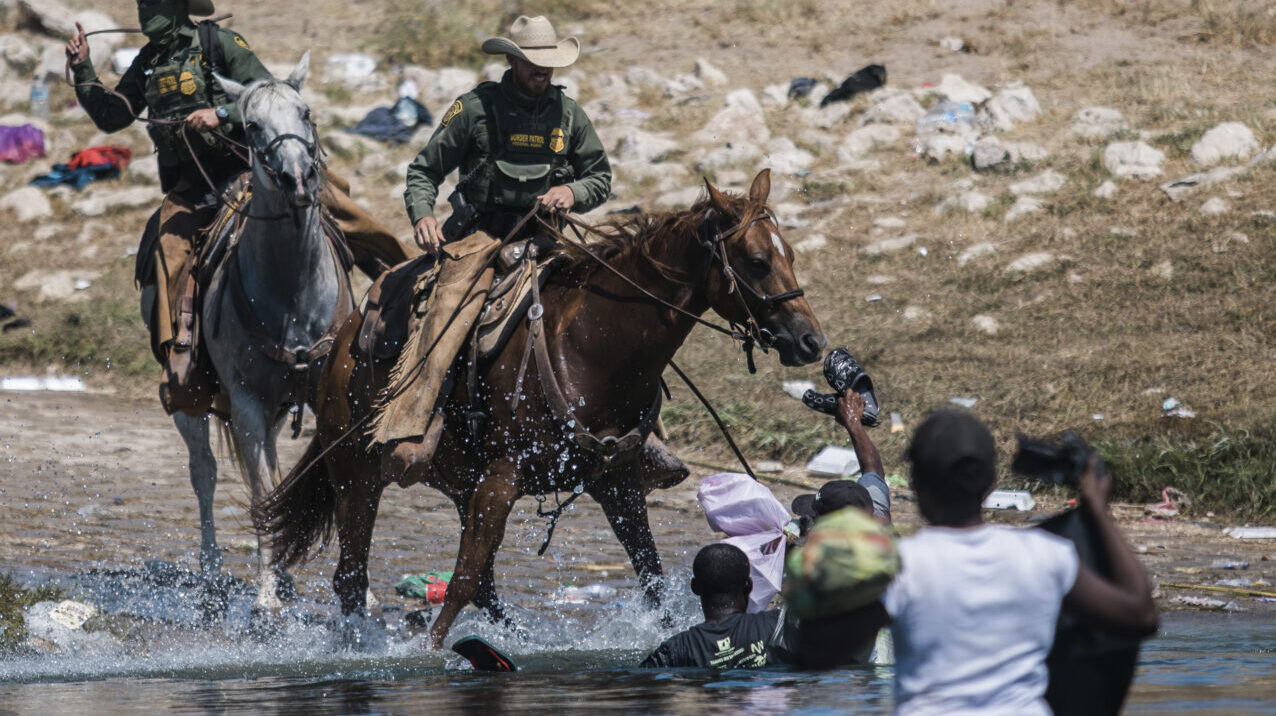 The Biden administration remains the target of intense criticism by Black and Haitian communities amid fallout from the mistreatment of Haitian migrants at the Del Rio, Texas southern border — even as President Joe Biden, Vice President Kamala Harris, and other administration officials, expressed their abhorrence at what transpired and touted the ongoing internal investigation at the U.S. Department of Homeland Security.

Now, Black immigration advocacy groups are applying greater pressure on the administration, demanding accountability and the halting of deportations of Haitian and African migrants.

Haitian Bridge Alliance, The UndocuBlack Network, Black Alliance for Just Immigration (BAJI) and African Communities Together on Friday sent a letter of complaint, obtained by TheGrio, addressed to the department’s head of Office for Civil Rights and Civil Liberties, Katherine Culliton-González.

Highlighting the graphic images and video of U.S. Customs and Border Patrol officers on horseback hitting migrants with horse reins used as whips, the complaint accuses the department of several violations and demands that DHS stop the deportation of migrants who were either victimized by CBP or were witnesses of abuses at the border.

The organizations request “an immediate dialogue” with staff of the Office of Civil Rights and Civil Liberties “about a variety of serious violations” of migrants’ rights documented by advocates and attorneys on the ground in Del Rio.

TheGrio was present at Friday’s White House press briefing when Homeland Security Secretary Alejandro Mayorkas told the media that the investigation of Border Patrol is not yet complete but assured that it would “conclude quickly.” Secretary Mayorkas also announced that the migrant camp under the Del Rio International Bridge — which at one time reached approximately 15,000 — had been completely cleared. Migrants who were not expelled were moved to other Customs and Border Protection processing centers, he said.

Mayorkas claimed that migrants were provided with medical needs and basic services like drinking water, food, clothing and portable toilets, and took considerable time explaining the department’s operational response. Some migrants were expelled under Title 42 — a public health legal code that allows U.S. Border Patrol and U.S. Customs to deny entry of persons who potentially pose as health risks amid the pandemic.

Other migrants, Mayorkas said, were allowed to make a claim that they have a basis under law to remain in the United States until a judge hears their case. Some migrants, approximately 8,000, voluntarily opted to travel back to Mexico, Mayorkas said. Another 5,000 are still being processed.

But immigration advocates paint a different account of the conditions for Black migrants.

UndocuBlack Network Policy and Advocacy Director Breanne J. Palmer tells TheGrio that advocates on the ground attempting to assist migrants were unable to access camps where people were being detained. What’s more, Palmer says that the thousands of migrants who journeyed to the U.S.-Mexico border were not allowed access to legal assistance through attorneys — who printed “know your rights” materials in English, French and Haitian Creole to hand out to migrants — nor access to food and water.

Migrants from Haiti, Ethiopia and the Congo who were released had “next to nothing” with no instructions as to where to go, Palmer tells TheGrio. She said those who were processed and released into the U.S. were given documents “riddled with errors or don’t have a date or time.”

Advocates were able to speak with some migrants who were without shelter and camped out by a nearby gas station. “People are having to figure out what to do and how not to run afoul of the law,” says Palmer. “There’s just a lot of chaos and the advocates on the ground are just trying to make sense of it all and provide aid to folks who are basically left with nothing and without access to assistance.”

The collective of Black immigration advocacy groups in their complaint to DHS accused the department of denying migrants their statutory and international law rights to apply for asylum; having a lack of interpreters for communication with DHS officials; verbal abuse and physical violence/intimidation; and denying media outlets access to the border area, among other alleged violations. Due to these complaints, the coalition is demanding the stop of all deportations for those migrants whose rights were violated at the Del Rio border.

It is the hope of these advocacy groups that migrants can testify to the violations they endured or witnessed. As for those who have already been expelled from the country, Palmer says the DHS should bring back those who were “deported before they were able to speak to legal advocates or human rights advocates.”

Palmer added that if Black immigration advocacy groups do not have their asks met by the administration, they are considering legal recourse. “We are exploring our options,” she said.

TheGrio reached out to the Department of Homeland Security to ask them about the letter of complaint but did not receive comment by the time of publication. 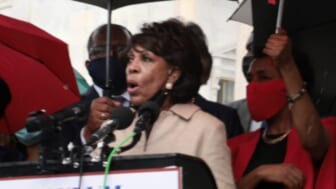 Advocates and civil rights leaders have accused the federal government of applying U.S. immigration policy differently toward Black immigrants versus others. Last Monday, White House Press Secretary Jen Psaki pushed back against those claims and argued that the Biden administration worked to change unjust policies applied by the Trump administration.

“Our immigration policy is not about one country or discriminating against one country over another. We want to put an end to that and what we saw over the last four years,” Psaki said in response to TheGrio‘s White House Correspondent April Ryan.

Palmer says that while “on paper” the United States may not be applying immigration policy differently for Black migrants, there are hidden variables that allow for discrimination.

‘What are you deporting them back to?’ — A reporter asked Jen Psaki about the reality for Haitian migrants if they were sent back to a nation experiencing political unrest and the aftermath of an earthquake pic.twitter.com/0KDaBOuI9o

“They are supposed to be applying the same set of legal frameworks and and burdens of proof and legal standards. But we know that anti-Black bias and prejudice lives within people,” says Palmer. “There are inconsistencies in how people are treated when in ICE custody. We know that there are discrepancies in which people get to actually complete credible fear interviews to express their desire to seek asylum or their fear of returning home.

She adds, “We also know that the idea of who is an asylum seeker [and] who is a refugee tends not to include Black people fleeing from climate change, fleeing from environmental racism, fleeing from discrimination in their own countries. So it’s a multifaceted issue.”

The groups who have issued the complaint to DHS say they are doing the best they can to help as many Black immigrants as possible and as soon as they can.

“This is a moment to hold DHS accountable for atrocities that have been happening for decades at this point … the photos that we are seeing are one example of the horrendous mistreatment that all immigrants face, but especially Black immigrants in custody,” says Palmer.

She says that she hopes the national attention brought on by the mistreatment of Haitian and Black migrants will lead to a “watershed moment” and finally result in an overhaul of immigration policy in the United States.

“Immigration is very much a Black issue,” Palmer says. “It has always been and will continue to be until many things change in the country.”

Sigma Gamma Rho Announces It’s New Class of Honorary Members
Cardi B Fires Back At Critics Who Say She’s Taking Too Long To Release An Album
Bernice King Talks Her Journey And How She Found Balance
Trevor Noah Explains The 1 Word The Royals Should Avoid After Racism Controversy
Kanye West Slams Obama In New Interview, Says ‘We Got To Stop Dissing The Nazis All The Time’