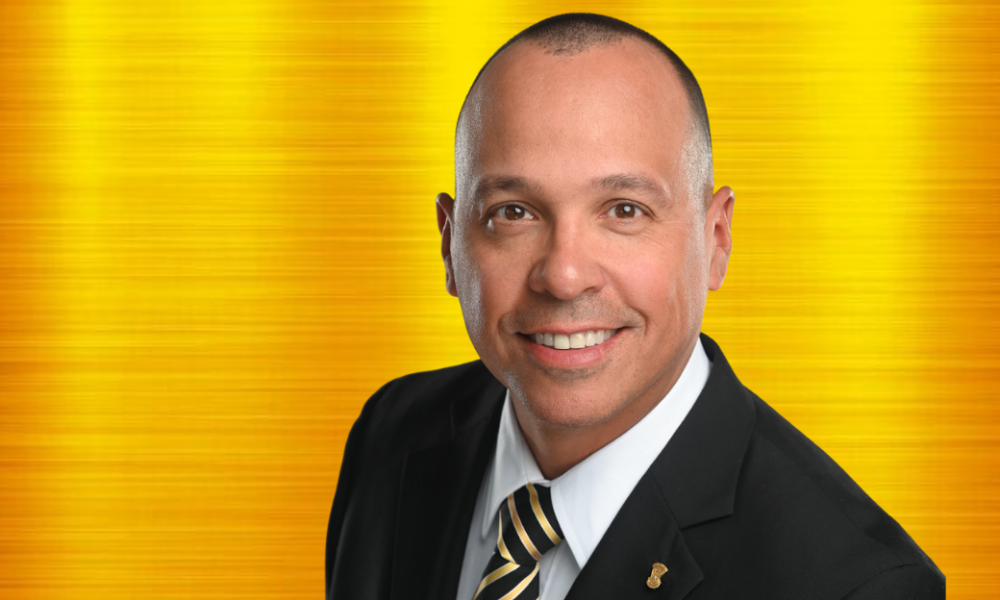 History has been made as the General President of the Alpha Phi Alpha Fraternity, Inc. has named Ramon E. Peralta, Jr. LHD, the fraternity’s first-ever chief creative advisor.

According to a press release issued by the fraternity, this is the first of such roles among National Pan-Hellenic Council fraternities and sororities.

Peralta is a 1989 Mu Phi Chapter initiate and a life member of the Fraternity. He currently serves as the fraternity’s chairman of the general publications committee which involves all international publications fraternity-wide. He has also served as the past New England district director and past director of communications for the Eastern Region, and is a current member of Zeta Phi Lambda Chapter in Fairfield County, CT.

“Throughout Brother Peralta’s 32 years of dedicated service in Alpha, he has been behind countless Alpha creative design and branding opportunities that have prepared him for this newly created chief creative advisor role,” said Alpha Phi Alpha Fraternity, Inc. General President Brother Dr. Willis L. Lonzer, III. “We know in Brother Peralta we have a creative professional who will ensure in his new role that Alpha will maintain only the highest design standards across all media: digital, brand, and print.”

Peralta, has had a long career in the creative industry. He served as senior art director on the original startup team behind priceline.com and for the last 13 years, he has led the award-winning team at the digital creative agency he founded, Peralta Design. According to Alpha Phi Alpha’s press release, Peralta Design clients include: The SIAC, Dr. Scholl’s Wellness, BiC, and United Way.

“As the Fraternity’s chief creative advisor, he will continue to serve in his role as chairman of the general publications committee working alongside Director of Communications and Editor-of-The Sphinx, Brother Eric Christopher Webb, DDiv., CPLC,” the fraternity stated.

“It’s an honor to serve as the Fraternity’s chief creative advisor as well as to continue in the historic role of chair of general publications – being personally responsible for the cover designs of The Sphinx – the nation’s second-oldest continuously-published African American magazine,” said Brother Peralta. “With General President Dr. Willis L. Lonzer’s vision, I hope to leverage all my abilities as chief creative advisor to strengthen and elevate the Fraternity’s design aesthetic beyond the platforms we have been accustomed to by maintaining greater design integrity, impact, and prominence.”