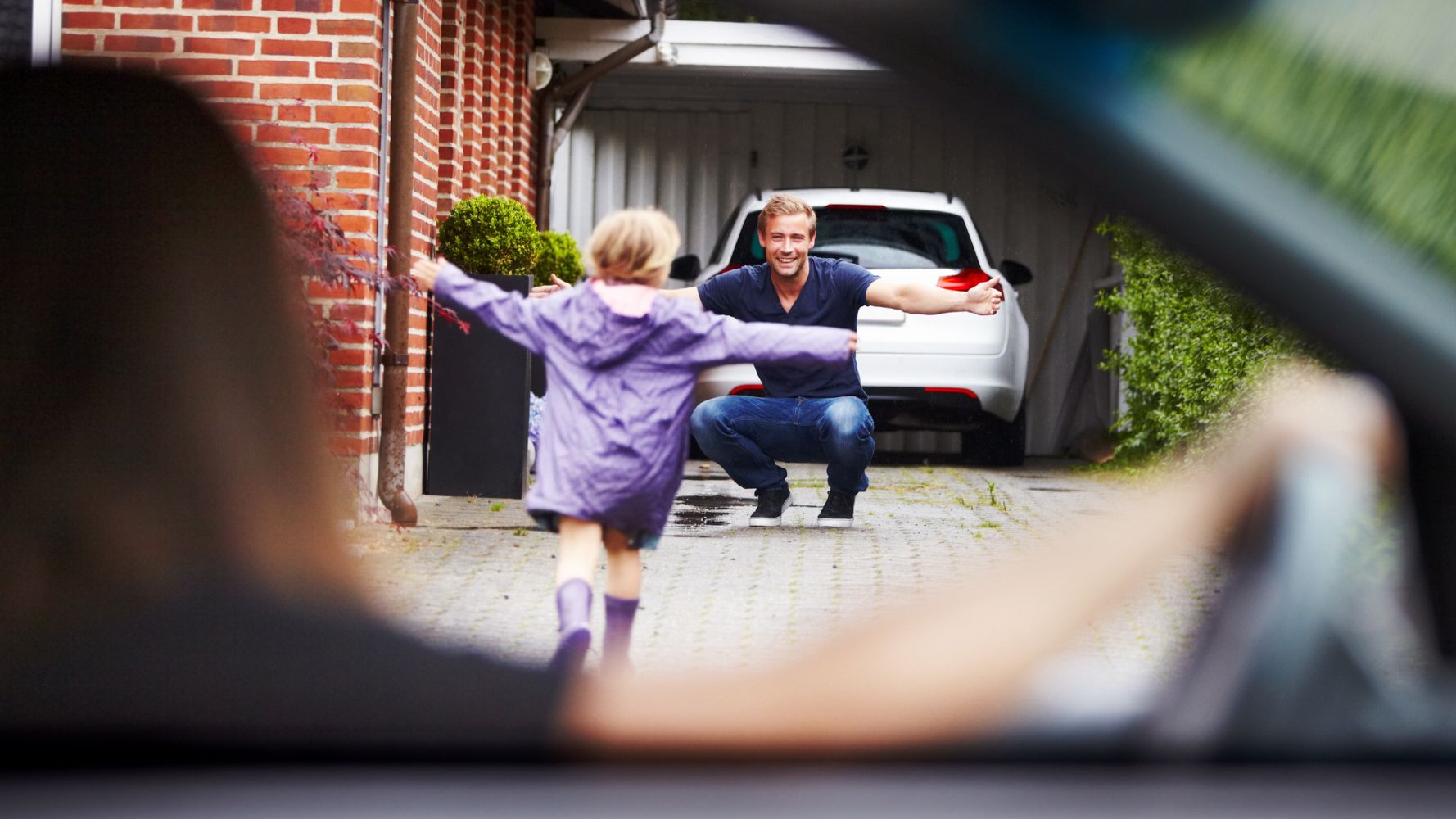 Earlier this week, Pfizer announced that its COVID-19 vaccine is safe and effective in kids ages 5 to 11 and that it will seek U.S. authorization for this age group soon.

This step toward COVID vaccinations for children was welcome news for Beth, a tech worker in Los Angeles, who’s eager to get her 10-year-old vaccinated. She felt equally heartened a few weeks earlier when the Los Angeles Unified School District said it would require COVID-19 vaccines for students 12 and older.

“The more my son is surrounded by vaccinated people, the better,” the mom told HuffPost.

Still, she has major doubts that the recent news will have any effect on her ex-husband, who is against getting their son vaccinated. Though Beth recalls her ex being concerned about vaccines when their son was a baby, their pediatrician was able to sway him. So far, he’s been far less persuadable with the coronavirus vaccine.

“I am honestly shocked that he has been so resistant,” said Beth, who, like others in this story, asked to use her first name only to avoid affecting her custody arrangement.

“He is not a Republican, so it’s not political,” she told HuffPost.

“I think his mom pushed him hard to get vaccinated, and he resisted that because I recall asking him when he was going to get vaccinated and he just snapped at me,” she said. “I was like, ‘Whoa, where did that come from?’ He told me I sounded just like his mom.”

The former couple’s custody arrangement is 55%-45%, with Beth getting slightly more time. It frustrates Beth when her son comes back from his time with his dad and shares stories of going to crowded movie theaters without a mask. And he recently made a casual remark about the vaccine that caught Beth off-guard.

“[My son] told me, ‘I don’t like the vaccine,’ so I asked, ‘Oh, why do you say that?’ and he responded ‘They kill people,’” she said. “I responded that, ‘No they don’t, and let’s look at the data together so you know that COVID is what is actually killing people, not the vaccine.’”

“I don’t want to ruin an otherwise great co-parenting relationship with any type of litigation that doesn’t even exist today. … I would welcome a mandate to reduce the friction between us.”

– Beth, a Southern California mom who’s trying to convince her ex to let their son get vaccinated

That conversation crystalized how much of a struggle it’s going to be to get her son vaccinated.

“If I get my son vaccinated once it’s available without my ex’s approval, it would be a violation to our divorce agreement regarding medical care,” she said. “I don’t want to ruin an otherwise great co-parenting relationship with any type of litigation that doesn’t even exist today.”

Beth knows her son benefits from having two parents who get along well. That’s exactly why she says she’d “welcome a mandate [to get kids vaccinated] to reduce the friction between us.”

As divorced parents like Beth stress and disagree over making the call to vaccinate their kids, divorce attorneys around the country are considering what it might be like to litigate COVID-19 vaccine issues between the ex-spouses.

“Lawyers on family law list-serves across the country are debating this exact question ― what if one parent is pro-COVID vaccine and the other is anti ― and the answers are all over the place,” said Randy Kessler, a divorce lawyer in Atlanta.

Generally speaking, if parents aren’t divorced or living under a custody order, either parent can give consent for a child to be vaccinated unilaterally, said Elizabeth Green Lindsey, an attorney in Atlanta and the president of the American Academy of Matrimonial Lawyers.

If there is a custody order in place, the party with final decision-making on medical decisions is going to have the right to make that decision, she said.

“If there continues to be disagreement, then the party with decision-making authority is able to make that decision absent a change of authority by the court,” Green Lindsey said. “That means if the other parent takes a child to be vaccinated without the approval of the parent who is authorized to make that decision, that parent could be held in contempt of court.”

They could incur fines, jail and attorney’s fees, she said, so ideally both parents reach a consensus and don’t take action behind each other’s back.

“Imagine the situation where the child gets one dose but the objecting parent is able to block the second dose,” Green Lindsey said.

That’s the exact situation D.B., a writer in New York, is trying to avoid with his soon-to-be ex-wife.

The couple still lives together with two kids: a teen daughter from his ex’s previous relation and the pair’s 6-year-old daughter. Conversations about getting the 6-year-old vaccinated have been ongoing and contentious; D.B.’s ex is deeply involved in the local anti-vax and autism parent communities, and D.B is not. (Both of their children have autism, but the older daughter’s symptoms are more severe.)

D.B.’s mother-in-law, who lives in an apartment attached to the couple’s house, has tried to persuade her daughter, too.

Throughout the pandemic, D.B.’s wife and her friends have flouted safety precautions, getting together at unmasked playdates and dance classes.

“She frequently took the kids down the street to visit a family we’re friendly with, but I didn’t go because I knew that family also didn’t take COVID seriously ― they are home-schoolers and anti-vaxxers.”

“My mother-in-law was sick for weeks,” he said. “Nobody got tested. My wife said, ‘I don’t want to be on some kind of government list.’”

Given her past behavior, D.B. said he has little hope he’ll convince his wife to get their youngest daughter vaccinated.

“She even thinks forcing children to wear a mask is child abuse.”

Carissa, an office administrator in southern Arizona, is fighting a similar fight with her ex. When he has their 8-year-old daughter, he refuses to put a mask on her and rolls his eyes if the girl puts one on.

“He’ll berate me if I suggest any sort of precautions,” Carissa told HuffPost. “He’s said he doesn’t want to look like a scared freak.’”

The 8-year-old is inherently put in the middle and is conflicted about what to do. She’s old enough to sense what’s going on, but it’s hard for her to have a voice at the other house, Carissa said.

“When she’s with us, she masks, she distances, she carries hand sanitizer with her, she’s very safe,” the mom said.

“She knows the opinions from both sides, and I think she leans more towards us, especially after her grandma and grandpa got COVID,” she explained. “Her grandpa was sick for a while ― weeks ― and ended up getting secondary infections.”

Her ex remains adamant that their daughter not receive the vaccine because he feels its production was rushed.

“My ex will never, ever agree to having her vaccinated, despite never arguing about other vaccines that she’s received,” Carissa said.

The advice divorce attorneys and family therapists give to co-parents at odds.

If parents have shared custody, Virginia Gilbert, a high-conflict divorce therapist in Los Angeles, advises against getting your child vaccinated without consent from the other parent.

“This may be a violation of a custody agreement and cause for increased conflict and litigation,” she said.

“There are also parents who think it is better to ask forgiveness than permission with things like this,” he said. “I don’t typically subscribe to that notion as judges may very well react strongly to those who thumb their noses at the authority of the court in such matters.”

In high-conflict divorces ― or if parents have fiercely argued about safety precautions throughout the pandemic ― Gilbert even cautions against attempting to “convince” an ex to vaccinate a child.

“This move will likely inflame a power struggle and cause the anti-vaxxer parent to dig in their heels further,” she said.

Instead, she suggests seeing if the kid’s pediatrician might reach out to the other parent to recommend vaccination, since the parent may be more open to a doctor’s opinion over their ex’s.

If your child wants the vaccine, Gilbert said it might be worth encouraging them to voice their concerns directly to their other parent, without you around.

“This keeps kids out of dysfunctional triangle situations and teaches them how to self-advocate,” she said. “However, this could cause conflict between the child and the anti-vaxxer parent, so the pro-vax parent should help the child with strategies on standing firm in their beliefs while minimizing conflict with the anti-vax parent.”

Depending on state law, minors over a certain age may be able to get the vaccine without the consent of either parent, so it’s worth looking into that as well, she said.

In cases where there is a custody order in place and a parent with final decision-making authority is unwilling to allow the children to be vaccinated, you’ll want to seek modification of the custody order based on the best interests of the child, Green Lindsey said.

If the parties are in litigation but with no order yet, in most cases judges are going to give decision-making on this issue to the parent who favors vaccinations, Green Lindsey thinks. She said that’s what tended to happen in the pre-COVID world, when anti-vaccine and pro-vaccine parents were at odds.

“With COVID, given the potential severity of the illness in school-aged children, the general impact on schools, teachers and other children, and the approval of the vaccine by the FDA, it is likely that a judge would change the order to allow for the pro-vaccination parent to make that decision, absent a health-related issue that makes vaccinations unsafe for the child,” Green Lindsey said.

Kessler wasn’t so sure.

“Some judges will agree that a vaccine is vital while others may not. And, without much legal guidance, judges may side with the party they are more aligned personally with on this issue,” he said.

But generally, he said, judges will likely look at the evidence, including expert testimony if available, and combine it with common sense to determine what’s in the best interests of children.

“And almost always, judges will appreciate parents who do all they can to resolve matters cooperatively,” Kessler said. “If you are trying to protect your children and your actions are solely motivated by that desire, a good judge who can see that should be receptive to what you want for your child.”

When Can Kids Get The COVID-19 Vaccine — And What Should Parents Know Now?

These Are The Current Symptoms Of The Delta Variant In Kids

6 Ways To Maintain Your Sanity While Parenting With A Narcissist