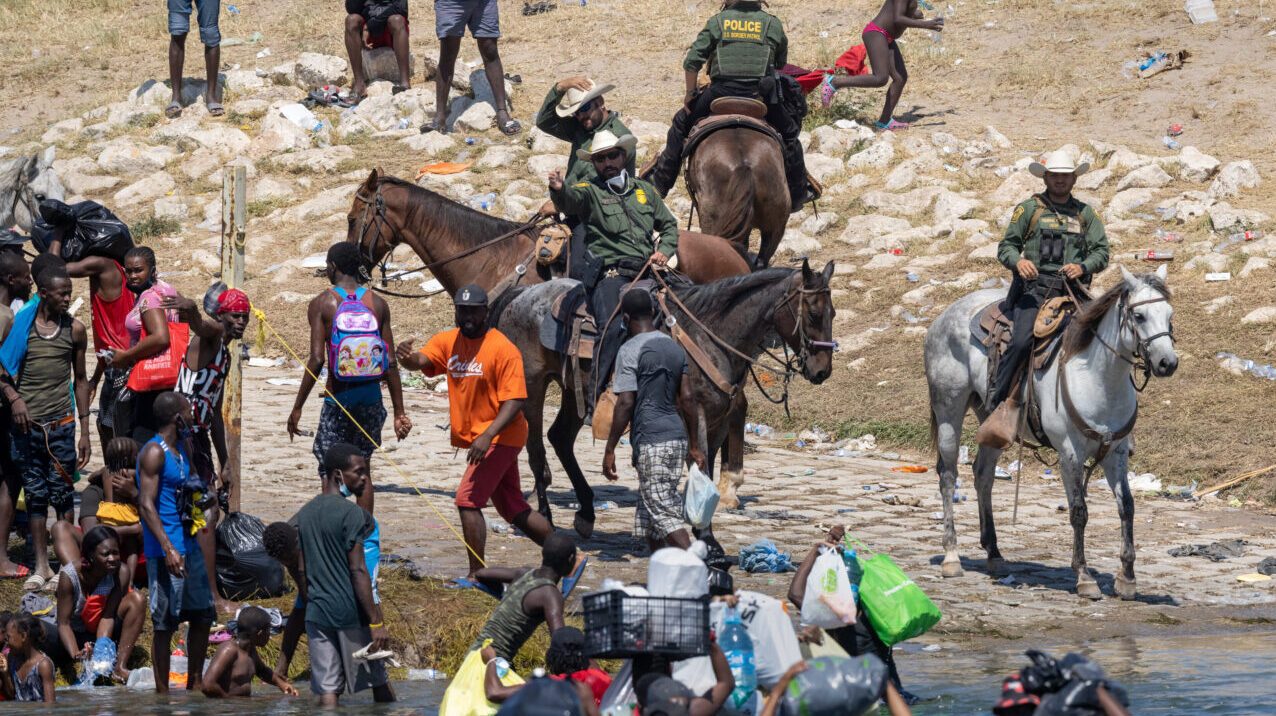 Vice President Kamala Harris told reporters on Tuesday that the now viral images of Haitian migrants being whipped and corralled at the border are “horrible.” As part of her White House portfolio work assigned by President Joe Biden, Harris was expected to meet with Homeland Security Secretary ​​Alejandro Mayorkas on Tuesday about the latest developments of the southern border crisis.

theGrio has learned that an investigation on what’s happening with Haitian migrants at the border is underway. U.S. Congressman Al Green, who represents Houston, Texas, says there are procedures that must take place before any disciplinary action is taken against the horseback riding, whip carrying patrol agents for their “inhumane” treatment of the Black migrants.

The optics of it all has been triggering for Black America as it quickly recalled the dark days of slavery and fierce brutality at the hands of white men on horseback as they oppressed and abused enslaved Black people on U.S. plantations.

Bernice King, the daughter of Martin Luther King Jr., compared the recent actions of border patrol to slave patrols in the Antebellum South using images that are near identical to those we are seeing today near the Del Rio, Texas bridge that is sheltering thousands of Haitian migrants who are seeking asylum in the United States.

Sherrilyn Ifill of the NAACP Legal Defense Fund told theGrio, “the images we saw of Border Patrol agents on horseback menacing and corralling Black migrants like cattle raises for so many of us — especially for Black people — the most painful, hideous images of slave patrols from the most ugly periods of this nation’s past.

She added, “It is unconscionable, as are the mass deportations of desperate migrants back to Haiti — a country ravaged by a catastrophic earthquake this summer and by the assassination of the country’s leader.” 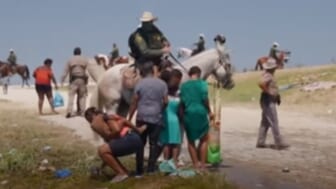 Congressman Green added that the images reminded him of the infamous Bloody Sunday in Selma, Alabama, over half a century ago, where horses, water hoses and dogs were the apparatus used to inflict hate on mostly Black people marching for voting rights.

This issue has multiple points that are confounding. Beyond the visuals, the policing of migrants is another piece of the Haitian migrant border puzzle.

The policing issue regarding the actions of Border Patrol agents has raised red flags with Civil Rights Attorney Ben Crump. Responding to my question posed to White House Press Secretary Jen Psaki as to whether the agents caught on tape mistreating Haitian migrants should be fired?

“No amount of context will make what’s happening at the border any more humane or acceptable. The officials need to take responsibility for the atrocities we’re seeing in these images and videos now,” Crump tells theGrio. “These refugees are seeking help and safety, but instead, we’re rounding them up with whips and horses like they’re livestock destined for slaughter. Unfortunately, this is not new. America treating Black people like animals is a stain on our nation’s past, present, and likely future.”

The Black Lives Matter attorney acknowledged, “We need answers now about how this is allowed to happen in the United States in the year 2021. Where has the soul of our nation gone? We have to be better than this.”

Since the explosion of public outrage over the images, Democratic Senate Majority Leader Chuck Schumer has called for a halt to the deportations of Haitians at the border. The Congressional Black Caucus is also calling for the deportations to cease.

Freshman Congressman Mondaire Jones of New York, who has been a vocal advocate in Congress for the rights of Black and Brown immigrants, tells theGrio the behavior displayed by border patrol officers is “horrifying.”

“The unfathomable cruelty that border patrol officers are inflicting on people attempting to exercise their legal right to seek asylum — the vast majority of whom are Black and brown — is horrifying and flies in the face of our values as Americans,” says Jones, who is the grandson of a Jamaican immigrant. “But the fact is that this crisis is indicative of the cruelty of our deeply broken immigration system — a system that rips families apart, terrorizes immigrant communities, and deports folks who have called our nation home for decades to countries they have never known — like my constituent Paul Pierrilus.”

Jones challenged President Biden to “return humanity, dignity, and respect for international law to our immigration system” after four years of “xenophobic rhetoric and policy” from former president Donald Trump.

“So far, his administration has failed to do so, and individuals fleeing war, civil unrest, and natural disaster are suffering the consequences,” says Jones. “As the proud representative of one of the largest Haitian-American communities in the nation, I reiterate my calls for the Biden Administration to immediately halt deportations to Haiti in the midst of an ongoing humanitarian and civic crisis, and return to America those individuals who have been unjustly deported there.”