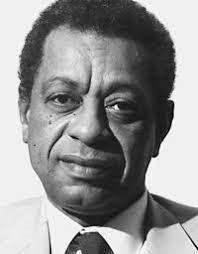 Political novelist Al-Tayyib Salih, whose family background was both Arab and Nubian, was one of Sudan’s most significant authors of the 20th century.  He was born on July 12, 1929, in Marawi, Sudan, to a poor Muslim farming family and was an only child. In 1939, Salih left Marawi to study in Khartoum to obtain his initial education at a qur’anic school and Gordon College. Salih attended the University of Khartoum, graduating with a bachelor of science degree in journalism in 1951. He continued his studies at the University of London in 1953. Salih also worked as a scriptwriter with the British Broadcasting Corp. (BBC). Later, he held office as director-general of the Ministry of Information in Doha, Qatar, and representative to the Gulf States for the United Nations Educational, Scientific, and Cultural Organization (UNESCO).

In 1965, Salih married Julia Maclean from Scotland. The parents of three daughters, Zainab, Sara, and Samira, they settled in southwest London.

Salih released the novel Mawsim al-Hijrah ilâ al-Shamâl (Season of Migration to the North), first published in his native Arabic, in 1966. His work reflects the clash of civilizations and how that clash impacted contemporary Sudanese society’s cultural and political development.

In English, other selected novels by Salih include Daw Al-Bayt, published in 1971 and followed by Maryud in 1976. That same year his book, The Wedding of Zein, became a Kuwaiti film, Urs Al-Zayn. This was followed in 1985 by the novel, Doumat Wad Hamid. His “A Handful of Dates,” published in 1964, is deemed one of Salih’s best-known short stories in which the author tried to make the reader realize that life is full of choices and opportunities rather than replete with mistakes and problems.

In 1992, the Sudanese government lambasted Salih’s most noted work, calling it a literary pornographic exhibit. The novel was banned in Sudan.

Salih embraced an active role in the world of letters, displaying a broad knowledge of fiction, travel writing, literary criticism, and political commentary.

In 2001, Salih was a Visiting Randolph Distinguished Professor at Vassar College in Poughkeepsie, New York. HisSeason of Migration to the North was named the most important Arabic novel of the 20th century by the Arab Literary Academy. The next year, 2002, Season of Migration to the North was selected as among the “100 Greatest Books in History” by authors from 54 nations in a writers’ poll.

Al-Tayyib Salih, Sudan’s most illustrious writer, died on February 18, 2009, in London, England, from kidney failure at the age of 79. He was buried in Sudan.