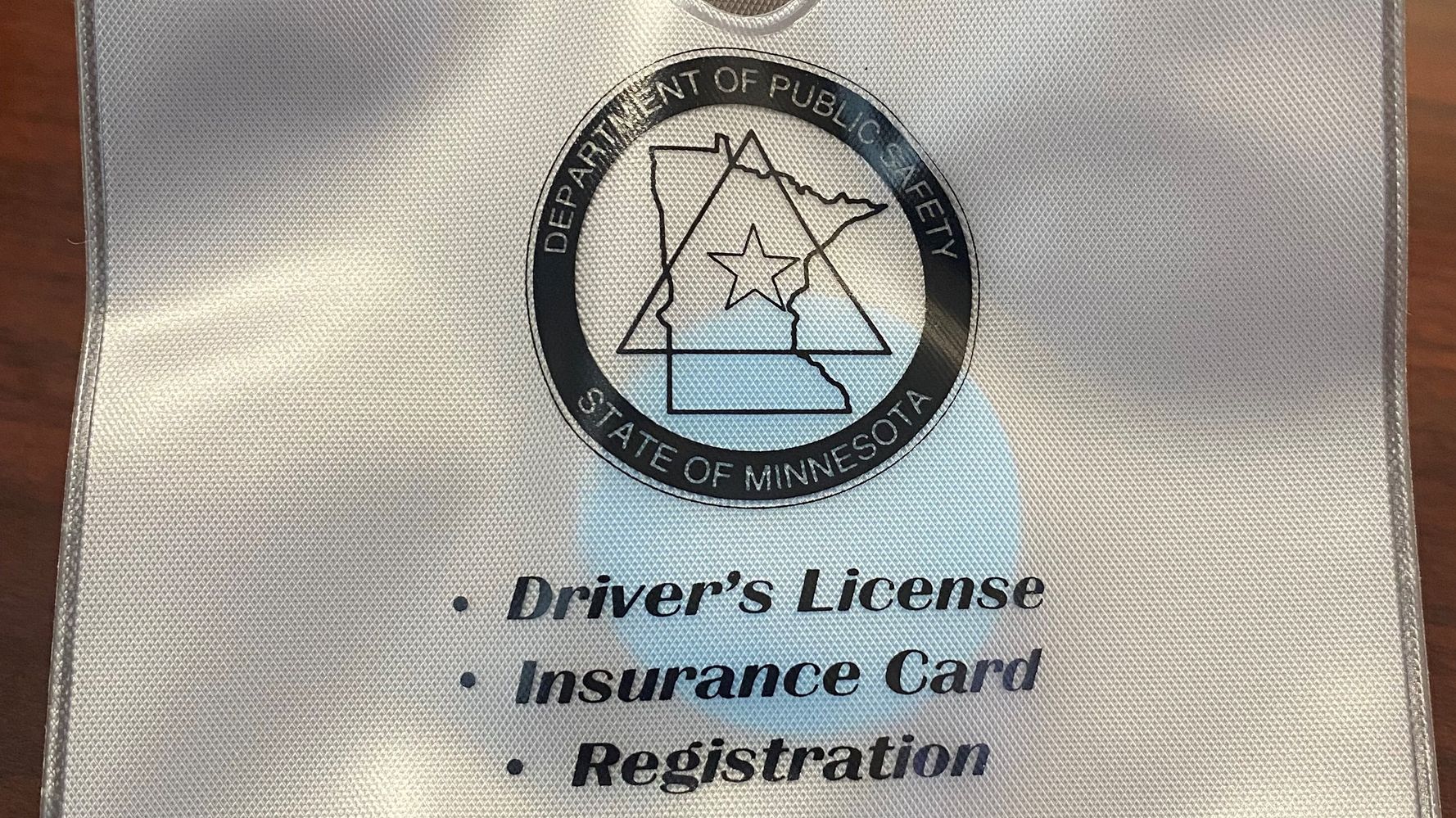 The Minnesota Department of Public Safety is getting mocked for a new method it claims may reduce the number of people shot by police during traffic encounters: pouches.

But these aren’t just any pouches. They are “not-reaching pouches,” and they are designed to be used by drivers, not police officers.

According to a press release, motorists are supposed to place their driver’s license, insurance card and registration in a pouch that is kept in plain sight in the vehicle.

The idea is that keeping everything in the pouch will make it easier for the stopped motorist to give their information to the traffic officer without having to reach into a glove box or other place.

Our troopers, along with several law enforcement agencies across the state, want to make it easier for drivers to store the information and for law enforcement to see when motorists are reaching for documents. pic.twitter.com/ZiCF4Ifzac

We recently purchased some Not-Reaching Pouches to help reduce deadly force encounters between law enforcement and citizens during traffic stops. The pouches store a driver’s license, and insurance card in plain sight in the vehicle on an air vent or other visible location. pic.twitter.com/GsJaAoY41V

.@MnDPS_MSP troopers and other agencies will hand out the pouches during community events and other contacts with people. pic.twitter.com/PvjAwUG6zP

The pouches were created by Valerie Castile, whose son Philando Castile, the release notes, was fatally shot by a Minnesota police officer during a traffic stop in July 2016.

Castile had been reaching for his wallet as requested when the police officer shot him.

Since then, Minnesota officers have shot others during traffic stops including Daunte Wright, an unarmed man killed in April by officer Kim Potter.

DPS Assistant Commissioner Booker Hodges said the department is “hoping these pouches help in some way reduce these instances, even if it’s just one.”

The department did not immediately respond to HuffPost’s request for comment.

However, many Twitter users suggested that the onus on reducing police shootings should be on the actual officers and not on motorists.

Or you could not shoot people. https://t.co/zUvBSNd61Y

Why spend money on training officers to be less reactionary, cowardly, and racist when you can just victim blame and print up some cheap-ass plastic pouches instead. https://t.co/VZsmgSzRGF

Love to have to never leave home without my Please Don’t Execute Me For Following Your Instructions Bag. https://t.co/EaoJv2Jmep

Ah yes, what’s been causing the police to kill about three (disproportionately Black, plurality white) people a day was *checks notes* a lack of the right bag https://t.co/oKJ0gz0IHJ

nothing says out of control like “put all your papers in this pouch and have it waiting for us whenever you drive somewhere or we will probably shoot you” https://t.co/xRxXzonxEK