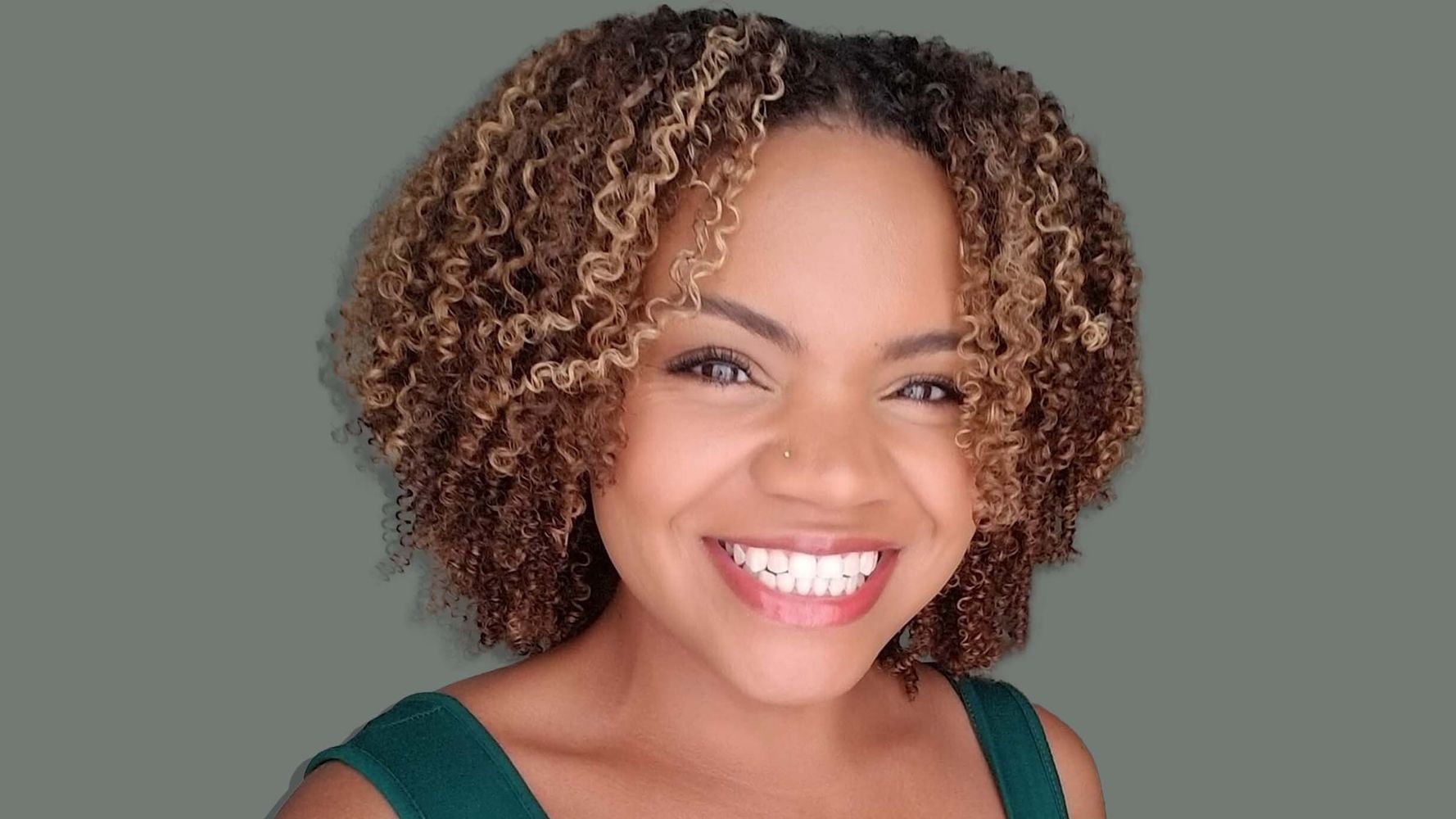 “I really like you, but my partner is struggling with us being lovers. I’m caught between a rock and a hard place,” his message read. “Is friendship still possible for us?”

Although I was disappointed, I wasn’t surprised by my friend’s message. The signs for it were there, even from the first time I met him two years ago. We tried a romantic connection then, with a sexy first date filled with engaging conversation. His soft-spoken demeanor and wide smile were charming, and I enjoyed connecting with someone who was also non-monogamous. But as he talked about his long-distance partner and I discussed my two local partners, I realized that our different approaches within the umbrella of ethical non-monogamy were incompatible.

My polyamory centered fully fledged relationships with multiple partners at the same time. I could introduce all my partners to my mom, go on vacation with any of them, post about them on my social media or have sleepovers. His open relationship, on the other hand, allowed only for short-term sexual and romantic connections that ended whenever his primary partner was in town. Not all ethical non-monogamy is created alike, I realized. The chasm between my polyamory and his open relationship felt too dangerous to traverse.

Things didn’t work out between us then, but we remained in touch over the years. We had a friendly dinner every few months, sent a text here or there to check in. He admired my boldness as a Black polyamorous woman, often remarking how he wished for a similar freedom to build concurrent romantic relationships. I enjoyed our shared music tastes and appreciated whenever he sent me updates on his artistic projects or his travels. In short, we settled into a casual friendship of light flirtation and platonic care.

When he asked to date again, I had doubts. But two years had passed. Within that time, his long-distance partner moved back to our city. They were also defining themselves as polyamorous, a change from the form of ethical non-monogamy he described when I first met him. Rather than seeking casual flings alongside a primary relationship, as they did within their “open relationship,” they were now entertaining engaging in deep romantic partnerships similar to their own.

Did our conversations about my polyamory sway him? As I explained to him over the years, the public visibility of both of my partnerships was central to my ethics and my politics. Having suffered in the past the indignity of being a “secondary” partner, I refused to reproduce an emotional hierarchy with my own partners. Dictating which of them had more or less value to me felt like a contradiction to my claims of loving them both.

His enthusiasm during those conversations encouraged me to try dating him again. The flirtation intensified via texts and memes until we finally met in person as new lovers instead of as friends.

Having suffered in the past the indignity of being a ‘secondary’ partner, I refused to reproduce an emotional hierarchy with my own partners.

“You’re like my poly idol; you show that it’s possible to actually have multiple long-term partnerships. I want that for myself one day,” he explained to me on our second first date.

I beamed at his compliment as we sipped the whiskey I brought to his place. The heat radiating off our bodies pulsed in anticipation of answering a two-year question in the making. The next few hours were a mix of laughter, passion and indulgence. I always enjoyed our easy yet biting banter. As lovers, that banter gave way to a new intimacy. The answer to the question of us seemed to be: potential. What would happen next? Would there be an “us”? As we kissed goodbye we made a plan to cook dinner together at my place the following week.

Unfortunately, our planned get-together never happened. The warning signs I had seen two years ago appeared once again. When I invited him to spend the night at my place, he explained that it was not yet something he was ready for since his partner was now in the same city. I bristled at the restriction. Neither of my partners ever had an issue with me having sleepovers with other lovers and vice versa. But I wanted to respect his decision while also gathering more information on any other looming restrictions.

We tabled that discussion for our pending dinner date. In the meantime, we talked about the fresh flowers he wanted to bring me. I knew something was amiss when his partner sent a series of long messages to a group chat we made a few weeks prior. She apologized for appearing finicky and controlling. But ultimately she was uncomfortable with my friend developing independent relationships while she was in the same city.

“I really thought things had changed and that she would be OK with dating separately,” he explained a few days later. “I’m sorry if I wasted your time.”

I had been “vetoed.”

In polyamorous circles, “veto power” occurs when someone demands that their partner end a relationship with someone else. It is the hallmark of the hierarchical style of polyamory, wherein a “primary” partnership takes precedence over all other relationships. Since hierarchical polyamory mirrors the structure of monogamy, plenty of so-called “polyam newbies” adopt this style as they are first transitioning away from monogamy. After all, it upholds the idea that there is one partner and one relationship that requires the most care and consideration. The preservation of the couple is considered the most important priority, sometimes at the expense of the individual desires of each partner.  Those outside of the “primary” relationship often become collateral damage.

The initial sting of the rejection lingered for a day or two. But the lesson here was not on managing heartbreak or jealousy, two issues that unfortunately saturate our stereotypes of polyamory. Neither was it to hold on to my own desirability and self-worth, despite feeling disposed of by my friend. I wasn’t even upset with my friend’s girlfriend. She advocated for her needs ― functionally a monogamous relationship with a “hall pass” arrangement — and no one should be shamed for that.

The lesson was instead to marvel at the contrast in how my friend and I showed up as partners in romantic relationships. Whereas my friend struggled with the cultural demands to sacrifice one’s desires for the sake of the couple ― to make smaller the “I” in favor of the “we” ― I looked to my current two partnerships as spaces to cultivate my independence and autonomy.

I didn’t always think about my relationships in this way. Although it had been a few years since I transitioned from hierarchical to non-hierarchical polyamory, I still assumed that healthy relationships required you to sacrifice a large degree of your autonomy. Why else do we champion the proverbial “two becoming one”?

As my friend lamented when breaking things off with me, “that’s compromise, right?” But as I’ve developed my practice of polyamory, I’ve discovered that sacrificing one’s autonomy at the behest of your partner can actually do more harm than good.

I learned this lesson the hard way when one of my partners entered another relationship. His infatuation with his new lover exacerbated the tiny, critical voice in my head that whispered I was not enough for my partner but this new woman might be. As their relationship grew, that voice began to shout. To drown it out, I highlighted at every turn what I perceived to be flaws in my partner’s new lover. I questioned why they were spending as much time together as my partner and I were; why our relationship of three years received the same treatment as theirs of three months. But this negative voice didn’t make me feel safer or more secure. It only made my partner resent me for stealing his joy and for subtly pushing us back to hierarchical polyamory.

I was using the mere fact of the length of our relationship to avoid my fears of inadequacy and of being replaced. After all, it’s easy to derive validation from the status of primary partner when others are at the bottom of the hierarchy, whether it be defined by time or anything else. Even if more sustainable, it’s much harder to take comfort in how your partner concretely expresses love for you or to work through your own fears in the search for emotional security in non-monogamy.

When my partner de-escalated his relationship because of personality clashes with his new lover, this, too, triggered my anxiety, despite the fact that I was getting what I thought I wanted. I finally asked him to stop seeing her completely even on a more casual basis, effectively exercising a “veto.” To my surprise, he told me no.

Rather than dump my insecurities or my perceived shortcomings with our relationship onto my partner’s lover, I accepted his invitation to work through, rather than around, these issues.

“We can talk about what reassurances I can give you, and I will show you in a thousand ways that I love you” he said softly, “but I cannot do what you’re asking. That’s not the kind of relationship we agreed to have, and, more importantly, that’s not the kind of person I know you want to be.”

I was immediately embarrassed that I made the request, and I knew he was right. The short-term satisfaction of my partner ending a relationship, especially because I asked him to, wouldn’t compare to the long-term shame over becoming the exact partner I promised not to be: controlling, afraid, demanding. It also wouldn’t hide my own glaring hypocrisy.

Just a few years prior, I struggled with the fate of my relationship resting in the hands of a “primary” partner I had never met. Was I now going to do the same thing to someone else? No. Rather than dump my insecurities or my perceived shortcomings with our relationship onto my partner’s lover, I accepted his invitation to work through, rather than around, these issues.

As he continued his other relationships, including our own, I unpacked in therapy some of the roots of my insecurities. My tendency to compare myself to other partners, especially female ones, was partly an expression of internalized misogyny and partly the lingering effects of my family’s evaluation of me as the “smarter one” and my younger sister as the “prettier one.” But beyond therapy, I also focused more on my desires, my passion projects and my other relationships. My partner’s “no” was the spark I needed to cultivate more spaces within my life that were entirely my own. It was the push to step into my autonomy and, in so doing, respect his.

I’m now grateful that my partners and I tell each other no. All too often our cultural scripts herald sacrifice as a definitive sign of a healthy romantic relationship. While flexibility, negotiation and give-and-take are important, so is the ability to say to someone you love: “No, I will not bend here. No, I don’t want that. No, I cannot give you what you’re asking of me.”

Unchecked fear and insecurity can prompt dangerous, unethical demands ―especially in polyamory. Loving yet firm refusal is paramount. In exercising it, we defend the space we need as individuals to be our full selves, without sacrifice. We also give our partners the opportunity to grow, to be a little more introspective and independent. To give them the chance to be their best selves.

Keyanah Nurse is a writer and historian by day, femme fatale by night. Her work on polyamory, race and gender has appeared in Honeysuckle Magazine. Follow her on Twitter at @KeyanahNurse.

Do you have a compelling personal story you’d like to see published on HuffPost? Find out what we’re looking for here and send us a pitch!