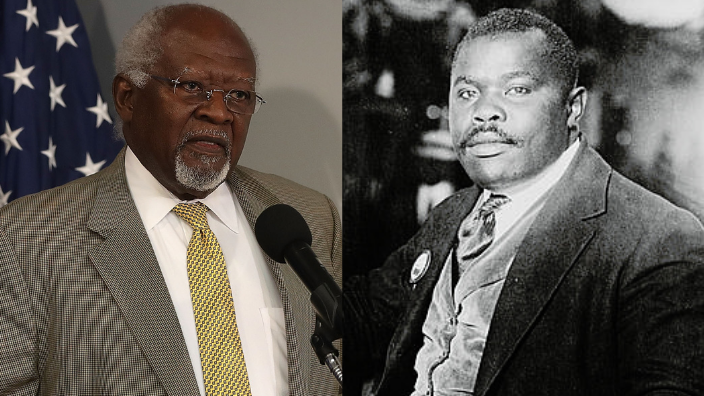 Marcus Garvey made an indubitable mark in the annals of history for establishing the first Black nationalist movement in the United States and instilling pride in all people of African descent across the globe.

The late leader’s son, Dr. Julius W. Garvey, has been leading the charge to have his father’s name cleared after the elder Garvey was convicted of crimes that the family solidly argues he did not commit.

In an exclusive interview with theGrio, Dr. Garvey explained the finer details of the Justice4Garvey movement, which has the stated goal of seeking exoneration for Marcus Garvey. The elder Garvey was born Aug. 17, 1887, in St. Ann’s Bay, Jamaica, and established the Universal Negro Improvement Association and African Communities League (UNIA-ACL) in 1914 in his home country before moving the headquarters to New York.

In 1923, Garvey was convicted of mail fraud in connection to the Black Star Line program he established as a pathway to economic equality for Black people. Garvey was imprisoned and later deported, and his surging movement in America was stalled as he never again returned to the states. The Garvey family maintains that the charges against the leader were trumped up in order to halt any momentum that Garvey gained in the fight for civil rights.

Dr. Garvey, a cardiothoracic and vascular surgeon, explained that the Justice4Garvey movement has been in motion for years and has been aimed at getting his father posthumously exonerated while also keeping intact the unwavering pride of the Garvey name. As momentum to clear his father’s name, Dr. Garvey points to House Resolution 148, which is sponsored by U.S. Rep. Yvette Clarke and was presented to the current body of the U.S. Congress in February of this year. 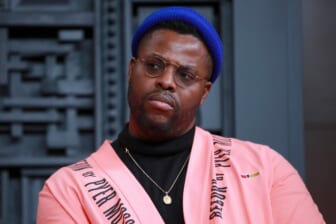 “House Resolution 148 is part of a number of other similar resolutions dating back to 1987 with Congressman [John] Conyers and Congressman [Charlie] Rangel. Each year, there has been a resolution drawn up in support of getting Marcus Garvey recognized as a human rights leader, and also to have his name cleared of the crime that he never committed,” Dr. Garvey tells theGrio.

“In 2016, we presented our side to President [Barack] Obama, and the law firm we worked alongside highlighted the lack of evidence and therefore, the conviction should be expunged. Congresswoman Clarke is leading the effort within the House and we on the Justice4Garvey side are doing our part to educate those who are uniformed or wish to support and fight back against this grave injustice.”

To go further back in history, Sen. Jesse Helms, a Republican representing North Carolina, sought an amendment to be added to the Martin Luther King Holiday Bill in 1983, citing that Garvey’s achievement as the “Father of Black Nationalism” should have granted Garvey a “full pardon of any crimes of which he may have been convicted.” It isn’t completely clear what Sen. Helms’ motivations were, but reports indicate it may have been an attempt to stop the holiday bill from going forward. Suffice it to say, the amendment had little chance of advancing.

In a statement coinciding with the most recent resolution to pardon Marcus Garvey, Rep. Clarke said, “I call for the President [Biden] to exonerate Mr. Garvey on the grounds that the case against him was politically motivated, unsubstantiated, and unjust.”

When theGrio asked how today’s activism climate has blossomed and how youth movements are forging ahead using the tools of social media and mass organizing, Dr. Garvey applauded their efforts while making sure to center his father’s ambitions and sacrifices.

“What young people should know is that they stand on the shoulders of the greats like Marcus Garvey, and even before him. Leaders like Booker T. Washington, and going all the way to Dr. Martin Luther King, who honored my father in his homeland where he is recognized as Jamaica’s first national hero,” Dr. Garvey says. 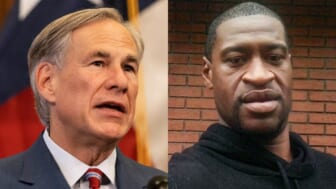 “Social media is a wonderful thing for this movement because it can sustain itself and gather those who want to support from all over the world. And yes, it would be right to say that honoring Marcus Garvey as a civil rights activist is key, but he ultimately stood for human rights and self-sufficiency. The young people of today are armed with tools we weren’t, but we hope they join this effort and continue to add to the legacy that my father laid before them.”

Justice4Garvey is asking the public to pledge their support by signing a petition that the organization hopes will go to President Joe Biden in hopes of seeking exoneration for Marcus Garvey.