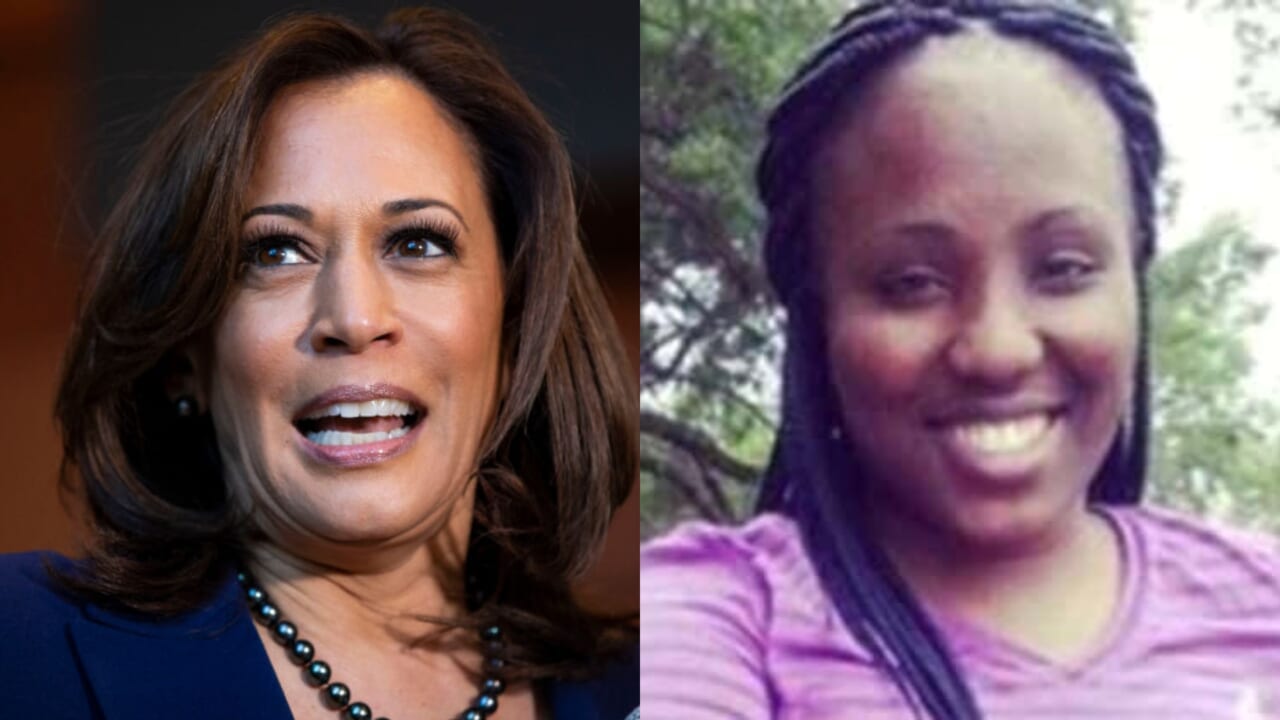 A Florida nurse is facing five years in prison after admitting she threatened to kill Vice President Kamala Harris.

Niviane Petit Phelps, 39, confessed in federal court that she filmed herself talking about being offered $53K to kill Harris within 50 days. According to a statement from the Department of Justice, she sent several of these video messages to her imprisoned husband, some of which her children filmed, PEOPLE reports.

“The videos show Phelps making the threats, screaming curse words, saying that she had accepted $53K, to carry out the ‘hit’ against Vice President Harris, and explaining that she would carry out the assassination within 50 days,” reads the statement.

“Some of the video clips she recorded herself; others, she had her children record,” the statement continues. “After sending these videos, Phelps sent a photograph of herself holding a firearm with a target sheet at a gun range.”

Days later, she “applied for a concealed weapon permit,” per the statement.

“Phelps also admitted to telling law enforcement officers who handled this case, that if they had not come to her house, she ‘doesn’t know’ what would have happened,” the statement explains.

Phelps told investigators that she threatened Harris because she believes the vice president isn’t Black. Harris is Indian and Jamaican.

In a video dated Feb. 13, Heavy reports that Phelps says, “Kamala Harris you are going to die. Your days are numbered already. Someone paid me $53K just to f*** you up and I’m gonna take the, I’m gonna do the job, okay.”

In separate videos, she issued more threats: “If I see you in the street, I’m gonna kill your ass, Kamala Harris.” Phelps also said she was going to the gun range until Harris “leaves the chair.”

Phelps was arrested over the threatening videos she sent to her husband, Joseph, who is locked up in state prison after being convicted of a 1996 armed robbery and murder of a Miami grocery store owner, per Heavy. Phelps reportedly told investigators she didn’t care that prison officials had access to the videos she sent him.

Phelps’ defense attorney, Scott Saul said she, “was just venting as she was going through a tumultuous time in her life and never had any intent to carry out her threats … threats limited to discussions with her incarcerated husband.”

Her attorney also noted that, “it has been important for Ms. Phelps to demonstrate her acceptance of responsibility as she begins to atone for her aberrant actions.”

The six-count indictment charges Phelps with making threats against the former California senator. Phelps, a nurse for over 20 years, reportedly lost her longtime job at Jackson Health System due to the charges.

Don’t punish her … ’cause she listened to what people tell her,” Petit pleaded when speaking to the media. ” … She’s desperate. She don’t got nothing to do. Her husband’s been in jail 10 years, two children. The house, she lost everything.”

She has asked for Biden and Harris to forgive Phelps. “My daughter didn’t mean it,” she said.

Phelps pleaded guilty Friday. If convicted, she faces a maximum sentence of five years in prison.

A judge ordered she be held without bond “based on danger to the community,” according to a federal court document.

Phelps is scheduled to be sentenced on Nov. 19.

GMA’s T.J. Holmes Praised Wife’s ‘Built-In Black Woman Superpower’ For Not Leaving Him Two Years Before Cheating Scandal With Amy Robach
Kanye West Posts Half-Naked Elon Musk And Accuses Chris Paul Of Sleeping With His Wife Before Another Twitter Suspension
Netflix And Tim Burton Called Out For Racist Portrayals Of Black Characters In ‘Wednesday’
A Buckingham Palace Aide Resigns After She Allegedly Harassed Black Woman With Racist Questions
Do I, Or Don’t I Go Home For The Holidays?