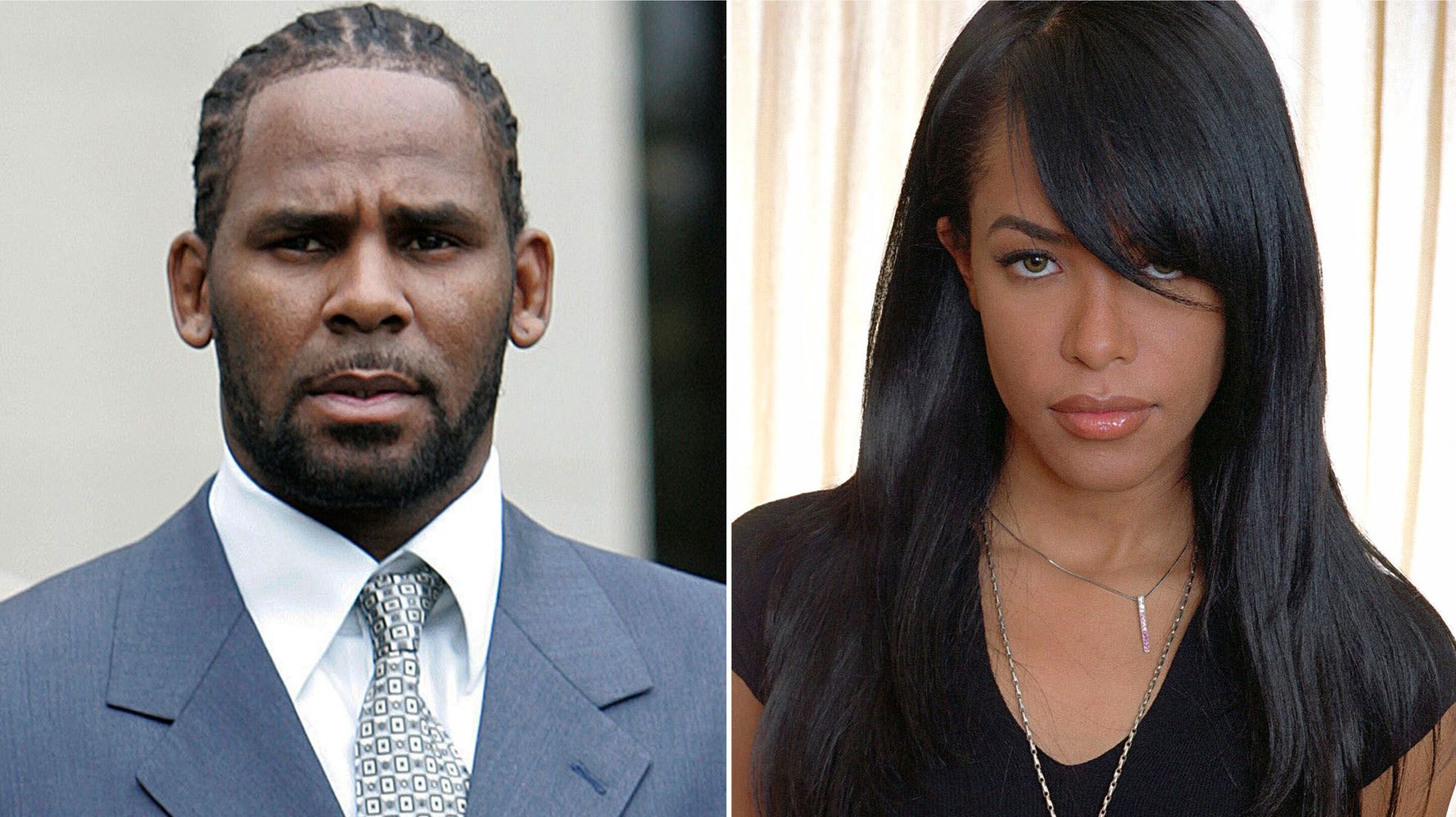 NEW YORK ― A Jane Doe who was R. Kelly’s background dancer testified Monday that the singer started having sexual intercourse with her when she was 14 or 15 in the early 1990s.

The Jane Doe, who was introduced in the federal case against Kelly as “Angela,” also told the prosecution that she walked in on Kelly performing oral sex on the late singer Aaliyah Haughton, who died in a plane crash in 2001, when the latter was just 13 or 14 years old.

Angela, who is the 10th accuser in the trial taking place in Brooklyn, New York, said that she and one other woman were playing a pranking game they often played while on tour when they decided to prank Kelly, whose full name is Robert Sylvester Kelly. When they went to the back of the tour bus to pull the prank on Kelly, Angela said she “slightly opened the door and saw Robert and Aaliyah in a sexual situation.”

Angela testified that Kelly’s head was between the underaged singer’s legs while he was on his knees. She said she immediately closed the door behind her and never talked to Kelly about it.

Kelly is facing racketeering charges and eight counts of violating the Mann Act, which prohibits sex trafficking minors across state lines. Monday’s hearing was Angela’s first time speaking publicly about Kelly allegedly sexually assaulting her as a minor. Angela said she met Kelly through a person named Tiffany, whom she had met two days prior to meeting the singer. Tiffany took Angela, who was 14 or 15 at the time, to an apartment with two other young ladies, whose ages weren’t given. Kelly was there with a few other men.

Angela told Assistant U.S. Attorney Nadia Shihata that the group played a game called The Dozens and told “yo mama” jokes in the common area for about an hour before Kelly went into a bedroom and the women followed, while the other men stayed in the communal space. Angela said she was invited into the room and when she entered, she saw one woman disrobing and the other women at “stations” around the room.

“[Kelly] asked me to climb on top of him,” Angela said, adding that she paused initially because she was “startled” but did as she was told. She testified that Kelly “had intercourse with more than one of us and had sexual contact with all of us.”

She testified that she was invited back the following day and saw Kelly every day for “quite a few years” until she was at least 17.

Angela, who was an aspiring singer, said she spent a lot of time with Kelly, either at his apartment or at a studio in Chicago. She said she stopped going to school when Kelly gave her and a few other girls an ultimatum.

“We were given an option: We were either gonna sing or go to school,” she said.

She began touring with Kelly as a background dancer in 1992. She said that although she didn’t want to have sex with the singer, she felt like she had to.

“He told us we had to pay our dues. It was a requirement to come around,” Angela told the court, referring to sex as “dues.” She also said he told them to “recruit me some new talent,” referring to girls.

Angela said Kelly introduced her to Aaliyah in January 1992, on Aaliyah’s 13th birthday. He told her that Aaliyah was “the next hottest wave coming out of Detroit,” Angela said. Shortly thereafter, Tiffany and a third person became Aaliyah’s background singers in addition to Angela. The three of them were known as Second Chapter.

Kelly told the trio that they would “give [Aaliyah] her street vibe and that we were going to be there to be her friends as well,” Angela testified after wiping tears from her eyes.

In around 1993, Kelly went on tour with Gerald Levert and brought Aaliyah to experience what life on the road was like, according to Angela, who was also on the tour as a dancer. While on tour, Kelly didn’t allow the girls to fraternize with other artists.

“He didn’t like people looking at his girls,” Angela said.

At one point on the tour bus, Angela and others played a running pranking game that Kelly called “all out GD fucking,” according to the accuser. She said it was during the game, while attempting to prank Kelly, that she opened the door near the back of the tour bus and saw Kelly on his knees performing oral sex on Aaliyah.

In 1994, Kelly married Aaliyah when he was 27 and she was 15 in order for her to get an abortion. His former tour manager admitted to bribing someone he knew at the welfare office to obtain a fake ID for Aaliyah to marry Kelly. Aaliyah is one of the Jane Does in this federal case against Kelly.

Angela testified that prior to witnessing Kelly perform the sexual act on Aaliyah, she had no knowledge of the sexual nature of their relationship. She stopped working for Kelly in the mid-1990s. She said that she would still see him sometimes afterward when she started dancing for Sparkle, Kelly’s former protégé.

“I was embarrassed,” Angela told the prosecution about why she had never said anything about her own alleged assault. “I never wanted anyone to know I was in that situation at all.”

Does Stand-Up Comedy Still Have The ‘Right To Offend?’
Alex Isley | Identity Through Music
2 London Cops Fired After Racist Post About Meghan Markle
Trevor Noah Laments One Drastic Measure Women Have To Take After Roe Repeal
California Beach Returned To Family Nearly 100 Years After It Was Taken From Black Owners