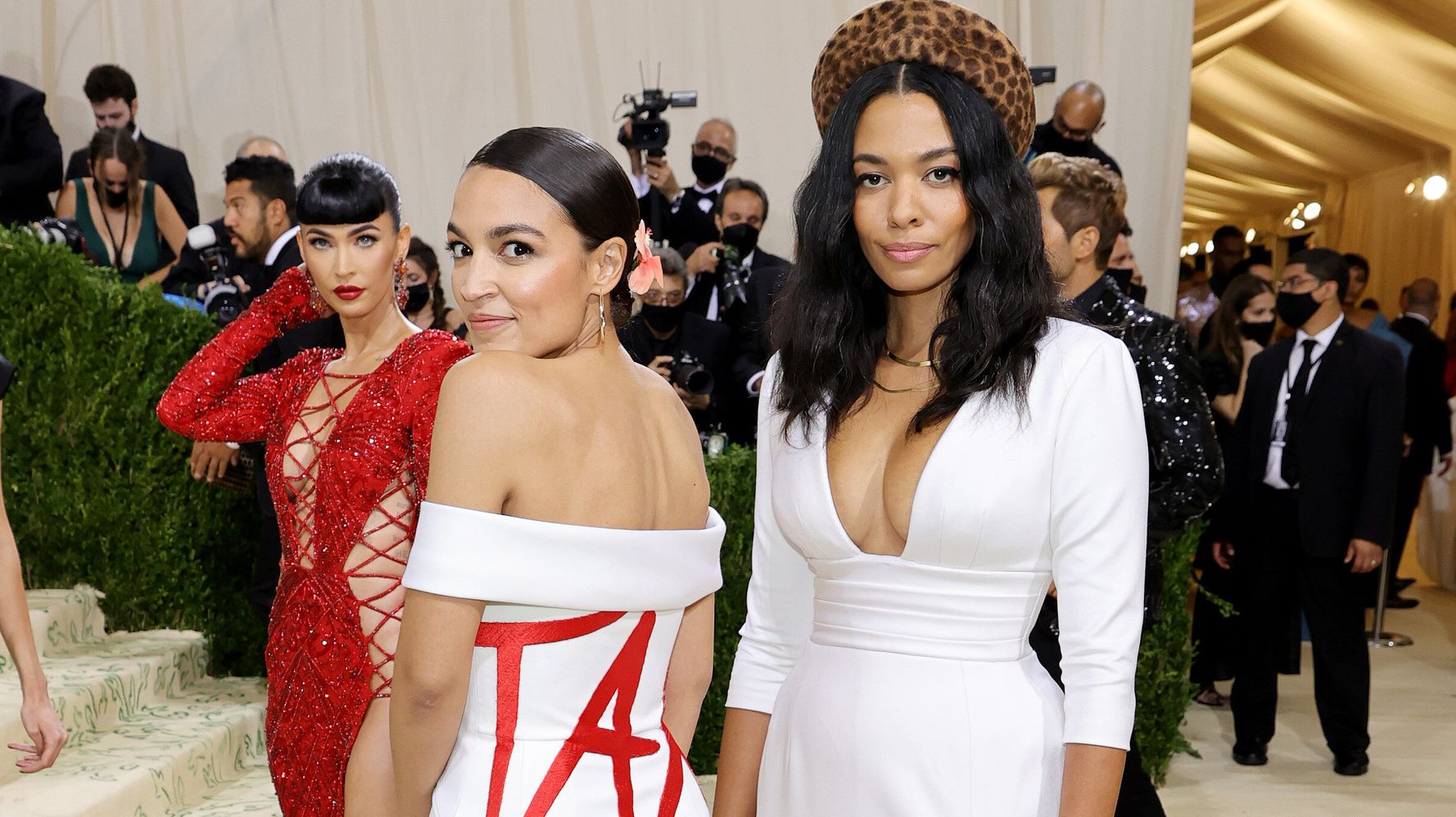 Democratic Reps. Alexandria Ocasio-Cortez and Carolyn Maloney of New York attended the Met Gala on Monday, and both wore their politics all over their dresses.

In a white gown by Brother Vellies, progressive stalwart Ocasio-Cortez had the words “Tax the rich” scrawled in bright red down the back of her dress.

AOC at the #MetGala  in a dress that reads “Tax The Rich.” pic.twitter.com/U26ZQb2Loi

AOC wearing this dress at an event full of rich people… this woman has more balls than any man in Congress.#MetGala #MetGala2021 pic.twitter.com/yoOPT6mk9y

Ocasio-Cortez has proposed raising the marginal tax rate to 70% for people who earn more than $10 million a year. The funds raised from such a tax increase on the very wealthy could fund public investments to combat the climate crisis, as the congresswoman has pushed.

Maloney’s dress at the invite-only charity event had “ERA” written on it — for the Equal Rights Amendment — along with “Equal rights for women” printed several times down her cape.

The Equal Rights Amendment would make discrimination based on one’s sex illegal. While it was introduced nearly 100 years ago, it has yet to make it into the Constitution. Lawmakers in Congress are pushing legislation to finalize ratification of the ERA.

Do you actually need life insurance? | ‘Maconomics’
Emani Corcran: Being Vegan Doesn’t Change Your Experience Of Blackness
Jury Rejects Lawsuit Filed By Family Of Tyre King, Ohio Teen Killed By Cop
Did SZA Just Tease A Miley Cyrus Collaboration As She Congratulates Singer For Landing No. 1 With ‘Flowers’?
Inside The Online Community Where Home-Schoolers Learn How To Turn Their Kids Into ‘Wonderful Nazis’