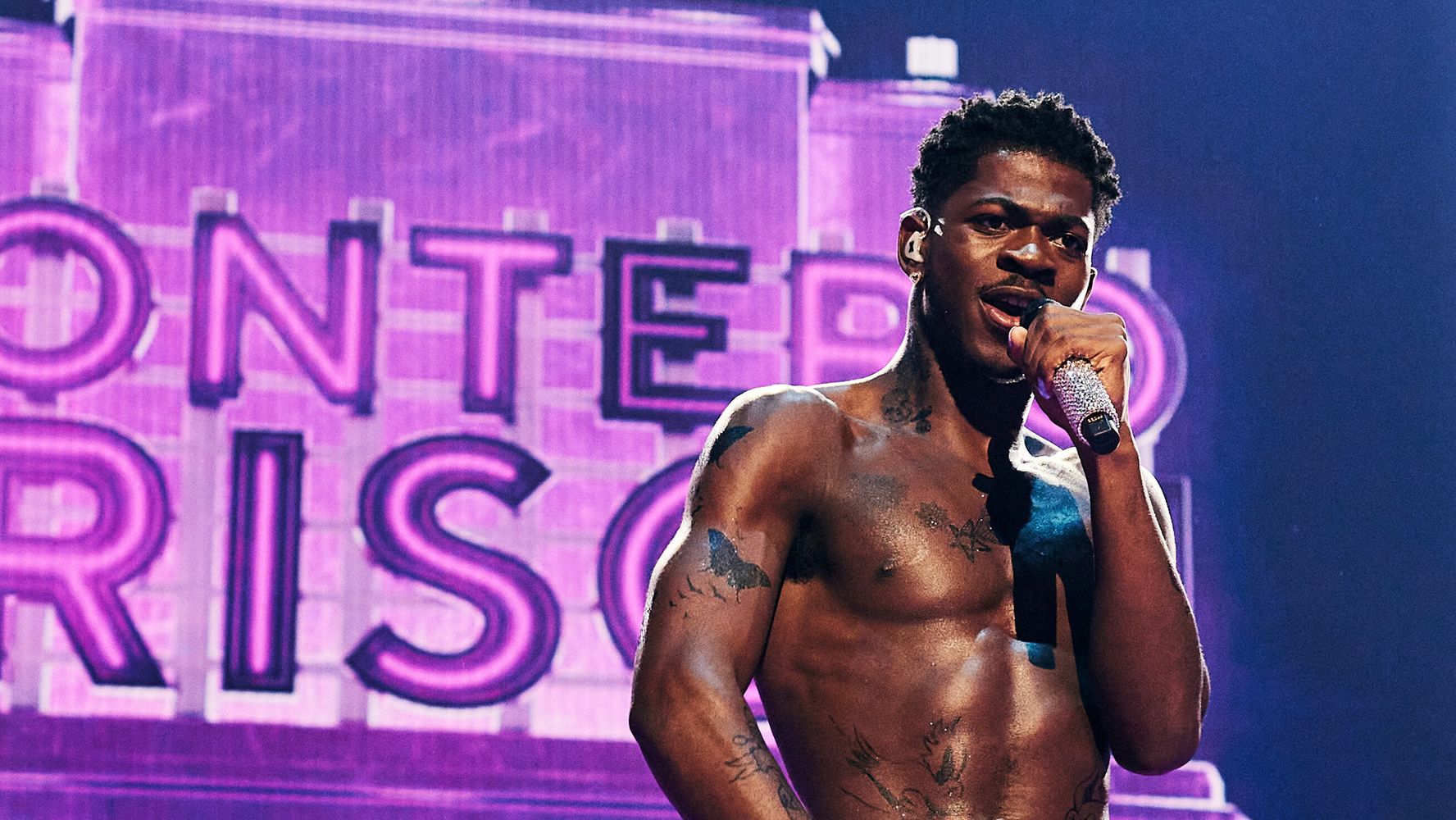 After a string of buzzy awards show performances over the past year — and ahead of the release of his debut album “Montero” later this month — the question wasn’t if, but how Lil Nas X  would raise the bar at the 2021 MTV Music Video Awards on Sunday.

The Grammy winner did that and then some with a recreation of his “Industry Baby” music video, including the now-infamous prison shower scene in which the nearly naked singer quite literally wipes the floor with the help of some fellow inmates.

A triumphant Lil Nas X — after an introduction from “Pose” star Billy Porter, who noted that the world wasn’t always welcoming to “Black boy joy” — appeared on stage at the head of a neon pink-hued drum line with his album’s name emblazoned across his chest.

Before long, he stripped off the uniform and marched into the “Montero State Prison,” which was modeled off the set of his music video, and was joined by a group of masked backup dancers.

After an assist from rapper Jack Harlowe, who appeared on stage in an all-leather outfit, it was time for a trip to the communal showers. There, Lil Nas X stripped down to pink boxer briefs before performing a snippet of his single “Montero (Call Me by Your Name).”

The VMAs performance is the latest in a long line of unapologetic displays from Lil Nas X in recent months.

At the BET Awards in June, he kissed one of his male backup dancers (rumored boyfriend Yai Ariza) on stage.

And then there was his stripper-pole routine during his “Saturday Night Live” debut, which resulted in the singer ripping his pants mid-song.

Leading up to the show, Lil Nas X even announced he was pregnant with the new album in a maternity-style photoshoot complete with an oversized belly and flower crown.

Predictably, the stunt fielded plenty of criticism, but the singer used the attention to create a “baby registry” that encourages fans to donate to social causes, including nonprofit organizations benefitting LGBTQ and Black communities.

“The pandemic helped me get out of the idea of trying to please everybody, and the idea of ‘He’s a cool gay person; he’s an acceptable gay person,’” the artist told Variety. “I used to see things like that as a compliment, but it’s not. It just means you’re a people pleaser, and they never become legends.”

“I wanted to be even more authentic in my music and let people into my life,” he added. “I’m much more confident now — in my music, myself, my sexuality, the things that I believe that I stand for.”

Michael Eric Dyson Recalls Meeting #NipseyHussle
Toya Addresses DJ Akademiks’ Comments About Her Daughter Reginae
What It’s Like, Feeling Out Of Place In College
DJ Khaled Receives Luxurious Toilets From Drake On His Birthday
After A Year, Miami Man Is Arrested For Murder Of Woman Who Attempted To Catch Him With Stripper