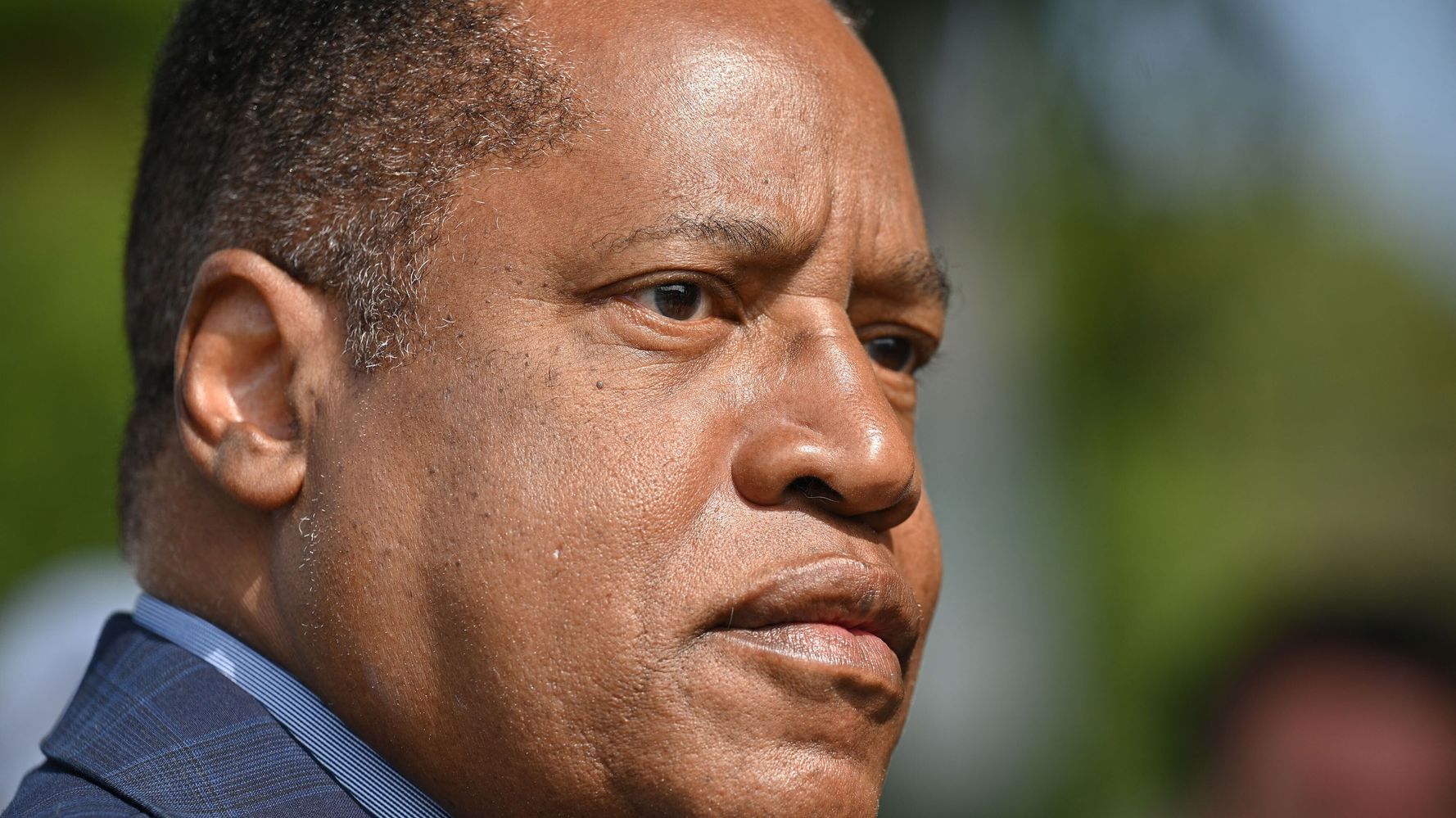 The candidate’s participation in the “Summer of Conservatism” conference hosted by pro-Donald Trump group Make Cali Great speaks to just how far Elder, a talk radio host, has journeyed from the fever swamps of conservative activism to the heart of California politics.

Both Chapman and Benitez invoked white nationalist themes in their remarks during the conference in Anaheim, California, according to footage of the event recorded by filmmaker Leighton Woodhouse, some of which he featured in a documentary for The Intercept.

Each of the speakers at the conference spoke on their own. Elder, who is Black and would be California’s first Black governor, was not in the room when Chapman and Benitez delivered their own remarks.

But after the speeches, he joined Chapman and other speakers for a panel discussion that involved answering questions from the audience. HuffPost has reviewed previously unpublished footage of the panel and other parts of the event.

During the panel discussion, Chapman spoke about his hardline immigration views, including his support for a 10-year moratorium on all immigration. He did not reiterate any white nationalist ideas in Elder’s presence.

HuffPost reached out to the Elder campaign to ask if the candidate was aware of the nature of the remarks either Chapman or Benitez had made at the conference and if so, whether he had made an effort to speak up against them. HuffPost also asked whether Elder now regretted speaking at the conference.

The campaign did not respond to HuffPost’s questions, choosing instead to issue an indignant statement about this line of inquiry.

“We regret that media outlets like yours spend an endless amount of time trying to malign and slander Larry Elder,” the campaign’s communications director, Ying Ma, said in a statement.

“He is a black man from South Central who doesn’t subscribe to the mainstream media’s narrative of racial grievance or your misguided notions of systemic racism,” Ma said. “Instead of examining your own delusions, you look for every opportunity possible to paint him as a white nationalist sympathizer. It’s absurd.”

Elder’s presence at the conference does not imply sympathy for white nationalism, but it does show he has a history of associating with fringe right-wing figures.

In Chapman’s remarks that day, he painted a picture of a “war” between white people and liberal proponents of multiculturalism. His comments resembled traditional white nationalist warnings of impending “white genocide.”

“I believe these people have targeted whites specifically,” Chapman said at the event. “The very progenitors of Western civilization are white people. And we have been targeted for destruction.”

Benitez was more explicit: “White genocide is happening in our fertility rates ― and actively, the genocide of people in South Africa,” he said.

At the time of the Anaheim conference, Chapman — a leader of the Fraternal Order of Alt-Knights, the “tactical defense arm” of the right-wing hate group the Proud Boys — had just earned the nickname “Based Stick Man” for beating a liberal demonstrator with a club at a Trump rally in Berkeley in March 2017.

In the intervening years, Chapman has only grown more extreme. In 2020, he tried to transform the Proud Boys into an explicitly white nationalist organization, declaring to peers that “the West was built by the White Race alone and we owe nothing to any other race.”

Recent polls indicate Newsom has developed a double-digit lead in the referendum on whether he should stay in office. To remain in office, he needs a simple majority of voters to vote “no” on the question of whether to recall him.

If Newsom loses the recall vote, Elder is the most likely candidate to prevail on the second question, which is about who should replace him.

Many California Democrats, and even some Republicans, believe Elder’s emergence as the main alternative to Newsom has buoyed the governor’s fortune.

Newsom and the anti-recall umbrella group Stop the Republican Recall have mined Elder’s 30-year career as a conservative pundit to paint him as an extremist “to the right of Trump” who could jeopardize Democratic control of the Senate should one of California’s two seats suddenly open up.

Among other controversial stances, Elder has argued for abolishing Medicaid, opposed a federal mandate requiring health insurers to cover people with preexisting medical conditions, promoted a vaccine conspiracy theorist, defended workplace discrimination based on pregnancy and touted the endorsement of an accused Jan. 6 rioter.

DJ Khaled Receives Luxurious Toilets From Drake On His Birthday
There’s A Mental Health Crisis Among Black Students. What Are HBCUs Doing To Help?
Netflix And Tim Burton Called Out For Racist Portrayals Of Black Characters In ‘Wednesday’
A Buckingham Palace Aide Resigns After She Allegedly Harassed Black Woman With Racist Questions
What It’s Like, Feeling Out Of Place In College