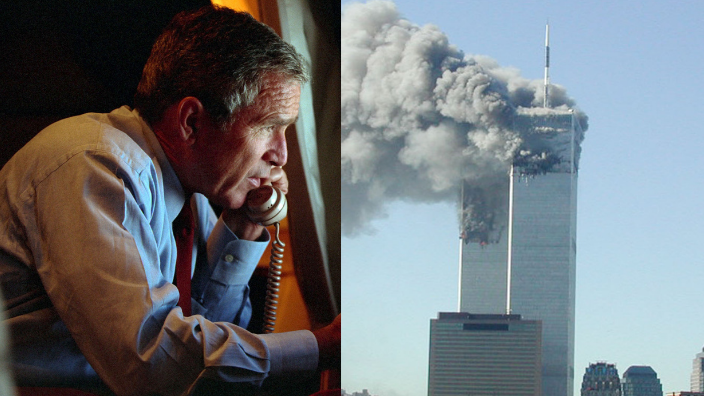 As a Black journalist with nearly 25 years at the White House, I’ve witnessed many national tragedies. But every year since Sept. 11, 2001, the anniversary always brought somber to my heart and a chilling thought of what it must have been like to be with the president as the attacks on our shores occurred.

Planes were used as missiles to take down symbols of the United States — the World Trade Center and the Pentagon. One plane was downed in Shanksville, Pennsylvania that was thought to have been on its way to the District of Columbia.

For those old enough to remember that day 20 years ago, it was a beautiful clear blue sky in the mid-Atlantic region. I remember being home and packing for the morning drive to the White House when the first plane hit the World Trade Center in New York. I felt instantly it was a terrorist attack, remembering years ago there was an attempt to take down the towers with a car bombing in the garage of one the buildings that towered more than 100 stories.

The second plane that flew into the World Trade Center was captured on television. I could not believe it. I hurried to work. Then President George W. Bush was in Florida and I wanted to go to the Center of Information and Decision Making. As I was trying to get into the White House, the Secret Service made my fellow reporters leave in case another attack was on its way, possibly intended for the White House.

I could not get into work as traffic was snarled and phones were jammed. I traveled back home. The only people who could communicate were those who had at time the newest technology, BlackBerry’s, that allowed for texting capabilities.

I got back home but reached out to find colleagues from other companies to see if they were safe. One of those I reached out to was then-Associated Press White House reporter Sonya Ross. She was in the presidential pool that day in Florida.

It was a historic day. What is not as generally known about that day is that there were four Black members of the White House Press Corps. traveling with the president.

“It’s very important for posterity, for people to understand who those four people were, who did that nuclear bunker duty like that, God forbid, if we ever have to have another president evacuated in that way. But the assumption would be that African-Americans were notoriously missing from something like that. And that’s just not true,” Ross tells theGrio. “Three of the four of the first ever nuclear bunker pool for the media in American history were Black people.”

Ross offered details of what she describes as a “rapid series of events.”

After the Florida school speech, Air Force One took off. Ross said, “we were circling for a while, eventually [White House Press Secretary] Ari [Fleischer] came back to talk to us … and told us things like what the president had been up to,” she added. The president had spoken to world leaders and his team back in Washington.

Every year after the attack, the nation has paid tribute to those who perished through retelling of memories of that day and checking in with family members and friends of the victims.

On Saturday, the 20th anniversary, President Joe Biden is visiting all three sites of the attack in memory of those who died on September 11, 2001 — the emergency responders, people on planes and those in buildings. 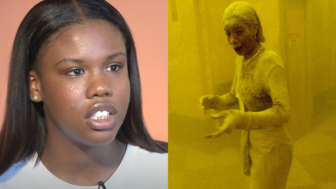 Since the attacks, the United States has put boots on the ground in Afghanistan and Iraq, and recently pulled troops out of Afghanistan. But during those 20 years, a new and closer threat has emerged to challenge our domestic security — our own countrymen. January 6, 2021 is another date like 9/11 that we shall never forget. It marks a shift in our focus abroad to our domestic threats.

Just a week from 9/11, insurrectionist sympathizers are planning to return to Washington, a city so strained with grief over the Pentagon deaths on the eleventh and policemen tortured on the Sixth. My years of political analysis and reporting tells me these dates will be intertwined in the years to come as bookends of terror to the nation.

They Already Have Enough Toys! Here’s What to Gift The Kid Who Has Everything!
Kanye West Slams Obama In New Interview, Says ‘We Got To Stop Dissing The Nazis All The Time’
A Dazzling, Life-Size Nipsey Hussle Wax Figure Was Created By An Ohio Artist
Kanye West Posts Half-Naked Elon Musk And Accuses Chris Paul Of Sleeping With His Wife Before Another Twitter Suspension
After A Year, Miami Man Is Arrested For Murder Of Woman Who Attempted To Catch Him With Stripper