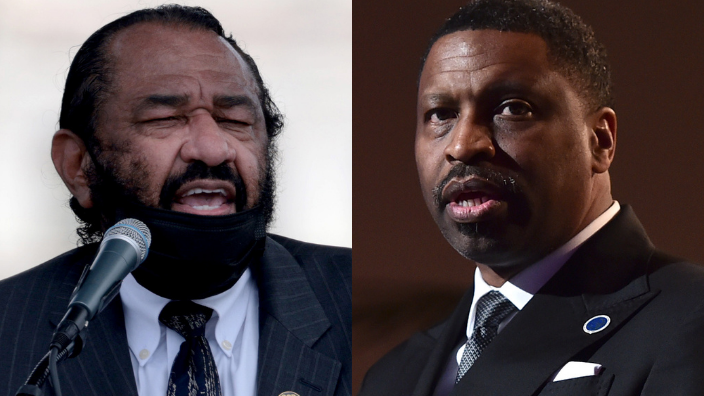 The new law places several hurdles in front of the ballot box and only scratches the surfaces of voting disparities on the horizon. More restrictions are underway as part of a series of legislative moves by the GOP to changing voting access in Texas. 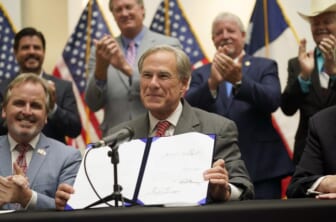 After weeks of resistance by Texas Democratic state lawmakers, members of Congress and civil rights activists, the new law serves as added coals to a fast-burning fire among legacy organizations.

“White Su·prem·a·cy / noun / Definition of white supremacy: the belief that the white race is inherently superior to other races and that white people should have control over people of other races,” tweeted NAACP President Derrick Johnson with a photo of Gov. Abbott signing the new voting law attached.

“Black votes were suppressed today. Texas Governor Greg Abbott has intentionally signed away democracy for so many. We are disgusted. This voter suppression bill is undemocratic, un-American and even violates core conservative principles,” Johnson added.

As the nation’s oldest civil rights group, NAACP has been on the frontlines of the push to lift the filibuster to secure passing votes for the John Lewis Voting Rights Act and For the People Act, which remain stalled in the Senate.

Since 2013, after the U.S. Supreme Court weakened Section 5 of the 1965 Voting Rights Act, which ended the requirement that states clear changes in voting laws with the federal government, over 750 polling places have closed in the United States.

Most recently, the Court decided to strike down voting restrictions only when they impose disproportionate burdens on minority voters.

“SB1 places restrictions on several methods of voting that were overwhelmingly used by voters of color,” wrote Jon Greenbaum, deputy director at the Lawyers’ Committee for Civil Rights Under Law.

The new laws in Texas also ban online voter registration and create a requirement that a person must be deputized to register voters. The new law mandates that a person can vote using a gun permit but not a student identification card.

“Texas has said no to 24-hour voting and drive-thru voting. But there is no reason to ban either. They weren’t creating a hardship for the people in the state of Texas. On the contrary, it was making it easier to vote,” Rep. Al Green (D-Texas) said in a statement to theGrio. “You can’t say you are making voting easier by making it more difficult. That’s an oxymoron”

“Voting should be free, fair, and accessible. We need to eliminate obstacles to voting and ensure people have access to the polls. We find that across this country there are many states that are doing whatever they can to throw up roadblocks to voting,” Rep. Green added.

Texas has now followed Georgia and Florida in passing restrictive voting laws. The legislative effort comes temporarily months after President Joseph Biden defeated former President Donald Trump last November by over 7 million votes. Trump and his supporters have continued to assert the 2020 election was stolen. There is no evidence that’s true.

“Texas Republicans continued their assault on democracy and made it harder for Texans to vote … motivated by the same Big Lie of widespread voter fraud that led to a deadly attack at the U.S. Capitol,” said Rep. Joaquin Castro in a blunt statement. 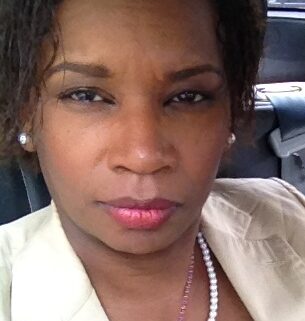 Lauren Victoria Burke is an independent journalist and the host of the podcast BURKEFILE. She may be contacted at LBurke007@gmail.com and on Twitter at @LVBurke.