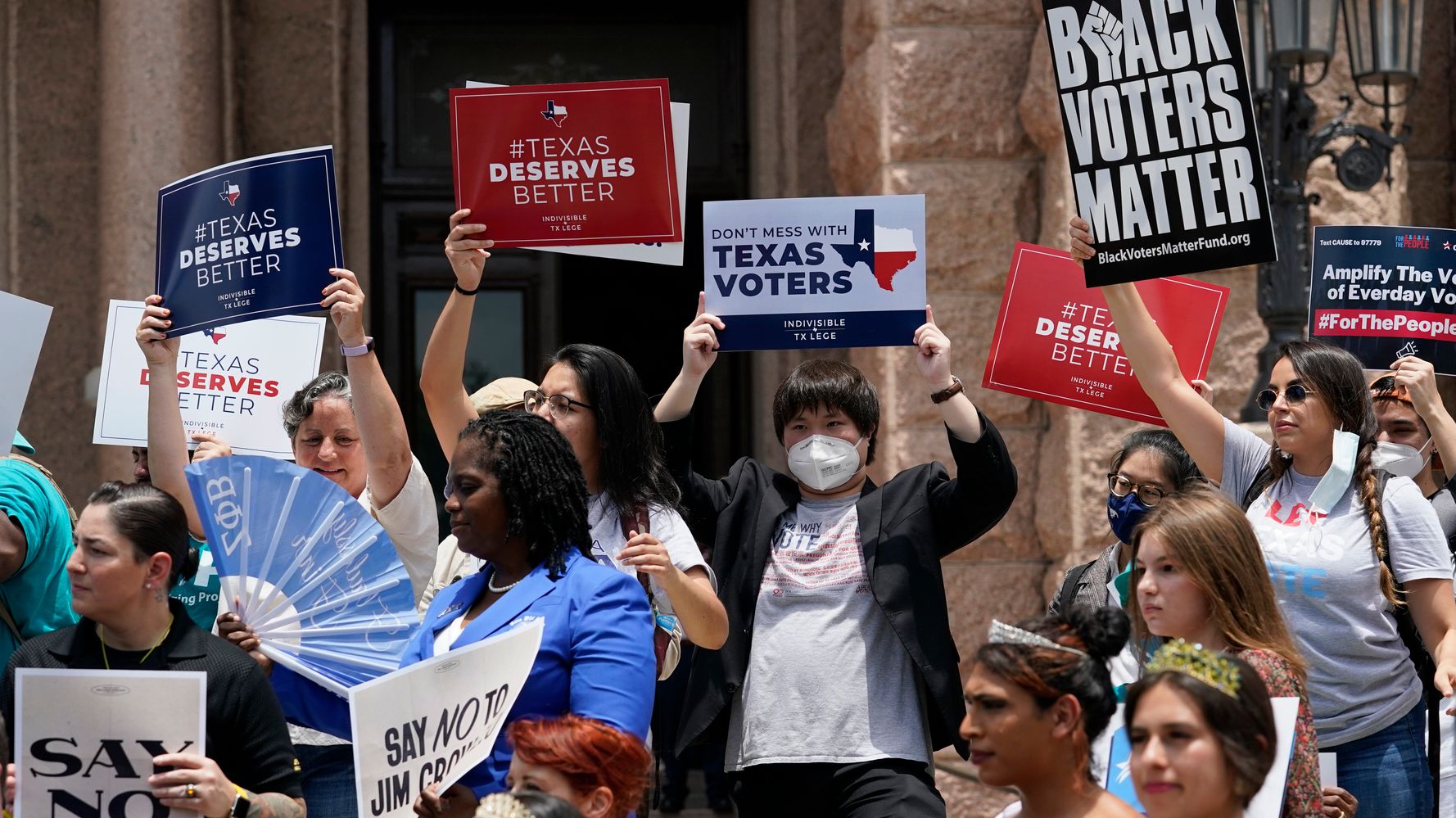 Lawsuits are pouring in to challenge a new law in Texas that voting rights advocates have slammed as “anti-voter,” “undemocratic” and a “dangerous voter suppression bill.”

Within hours of Abbott signing the bill, the NAACP Legal Defense Fund filed a federal lawsuit challenging the law. The group said it intentionally targets voting methods disproportionately used by voters of color.

Latino civil rights groups LULAC, Voto Latino and others also sued. They allege that the provisions in the new law “impose an undue burden on the right to vote,” including “purposely” intending to limit access for voters of color and disproportionately impacting disabled voters and those with limited English proficiency.

The American Civil Liberties Union brought its own lawsuit last week, after Republican lawmakers in Texas passed the bill despite Democrats’ repeated efforts to block it. The group said the law violates the Americans with Disabilities Act, the Voting Rights Act and the U.S. Constitution.

Voting rights groups have condemned the bill on every step of its way to becoming law.

Stephanie Young, executive director of When We All Vote, criticized the legislation as a “dangerous voter suppression bill,” noting it enshrines “some of the most restrictive voting laws in the country.”

Former Rep. Beto O’Rourke (D-Texas) called the new law “anti-voter” in a statement Tuesday and said it will limit Texans’ “voting rights to elect more responsible leaders.” He noted the law is part of a rash of legislation Abbott has signed in recent days — including the strictest anti-abortion law in the nation.

“Black votes were suppressed today,” NAACP President Derrick Johnson said in a statement. “We are disgusted. This voter suppression bill is undemocratic, un-American.”

Republicans in state legislatures across the country have been pushing hundreds of bills that would restrict voting. Such efforts have already become law in several states other than Texas, including Georgia, Arkansas and Arizona.

But two federal bills — the John Lewis Voting Rights Act and the For the People Act, which have passed in the Democratic-led U.S. House — face tough odds in the Senate, where Democrats have only a slim majority. Republicans oppose the bills, and key Senate Democrats have refused to back filibuster reform that would allow legislation to advance without meeting a 60-vote threshold.