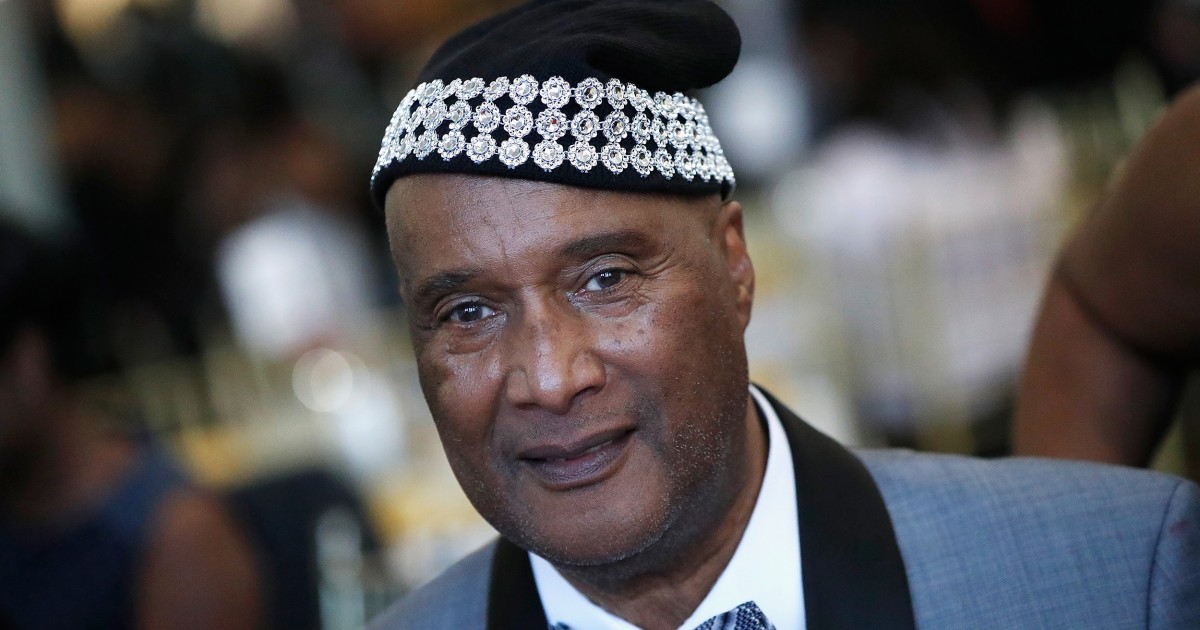 Paul Gladney was a dancer, comedian, writer, social critic and actor best known by his stage name Paul Mooney. Gladney was born on August 4, 1941, in Shreveport, Louisiana to teenage parents George Gladney and LaVoya Ealy. Along with his brother Rudy, mother and grandparents, Gladney moved to Oakland, California when he was seven years old, He was raised by his grandmother Aimay Ealy, who gave him his nickname “Mooney.” Gladney and his mother moved to Berkeley when he was fourteen, where he attended Berkeley High School alongside childhood friend Huey Newton, future co-founder of the Black Panther Party. His first public performance was at a local theater where Gladney performed a “Hambone” routine, and won, and he began regularly performing as a dancer on the television show, Dance Party, when he was eighteen.

Gladney was drafted in the U.S. Army around 1960 and was sent to Germany for two years before being discharged. He returned to California, and for a short time, was a ringmaster in the traveling Gatti-Charles Circus, where he began writing and telling jokes with a blunt and controversial style he kept throughout his career. Gladney met comedian Richard Pryor in 1968 and the two relocated to Hollywood together, joining the Second City comedy troupe. He made his debut as a standup comic in 1970, at a Beverly Hills club called Ye Little Club, owned by Joan Rivers, and he first appeared on screen in a film called Carter’s Army (1970).

Gladney became the head writer for television shows Sanford and Son and Good Times. He also co-wrote for Pryor for what is still known as the most controversial “Saturday Night Live” skit in 1975, as well as on The Richard Pryor Show and Pryor’s Place, a short-lived children’s show, and several of Pryor’s albums. He was responsible for giving Robin Williams, Sandra Bernhard, Tim Reid, John Witherspoon, and many others their first breaks as young comedians. Gladney played singer Sam Cooke in the film The Buddy Holly Story (1978), and also had a role in the films Bustin’ Loose (1981), and Hollywood Shuffle (1987). Gladney was head writer for the show In Living Color, and inspired the character “Homey D. Clown,” played by Damon Wayans.

As a writer and performer, Gladney played “Negrodamus” in the early 2000’s episodes of Chappelle’s Show, and starred as Junebug in the Spike Lee film Bamboozled (2000). After Pryor’s death in 2005, Mooney returned to performing standup comedy. In 2007, he released his memoir, Black Is The New White. Gladney continued to perform for a few years but in 2014, his brother, Rudy, revealed that Gladney was suffering from prostate cancer. He was later diagnosed with dementia and stopped performing.

Gladney married Yvonne Carothers in 1973, and the couple had one son, Shane. Mooney also had twin sons, Dwayne and Daryl, from a previous relationship. After the couple divorced, Gladney had a daughter, Spring, and a fifth child, Symeon, who was tragically killed in a car accident in 2001. Paul “Mooney” Gladney died of a heart attack at his home in Oakland, California on May 19, 2021, at the age of 79.