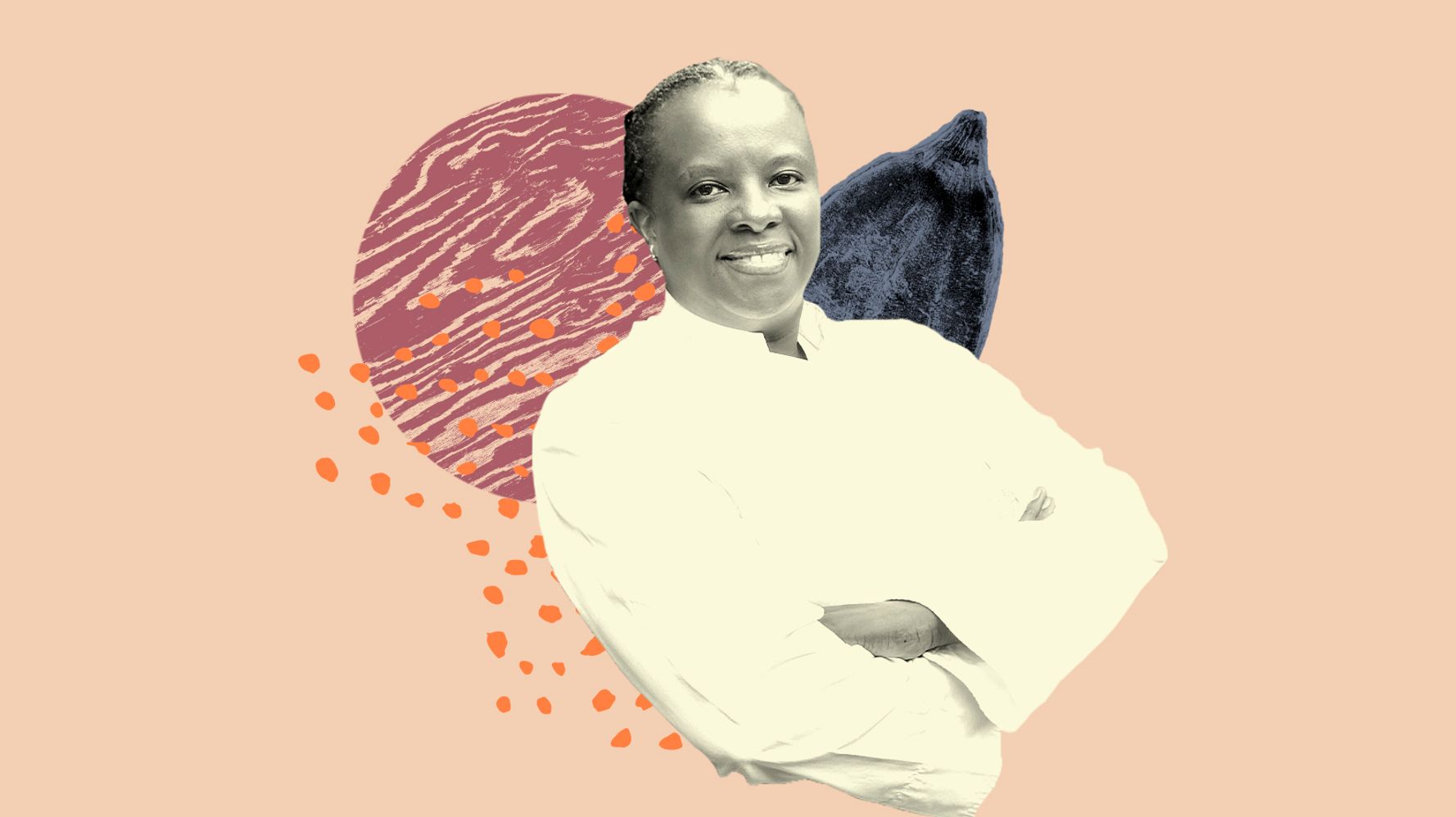 Veronica Wandui is the executive banquet chef at The St. Regis Atlanta, where she orchestrates weddings and conferences for up to 600 guests at a time. After graduating from culinary school in Nairobi, Wandui was demotivated, harassed and told to stay “in her place.” She migrated to the United States and restarted her career, earning business management and culinary degrees and making her way from an intern to executive banquet chef at one of the most opulent kitchens in Atlanta. In this Voices in Food story, Wandui talks about what it took for her to get ahead as a Black female chef in a male-dominated workplace.

As a child, I loved cooking and I enjoyed watching my mother in our home kitchen. She cooked like a chef. When I graduated from high school in Nairobi, my parents gave me three options for my career ― to be a secretary, nurse or chef. I opted for the latter because I knew my mother wanted to see me as a professional chef. She worked as a secretary herself and had been attending culinary school secretly during her free time. Even my father did not know about it.

Kenya is not an easy place for a woman to work. No one necessarily follows the sexual harassment laws, so you have to develop a tough skin. I worked at a hotel in Kenya for a year and a half, until it got to a point when I went to my executive chef and voiced to him that I wasn’t there to play around. He then told the other guys to stop messing with me and to leave me alone. But it was frustrating. They always wanted to put me back “in my place.” I started looking for other opportunities.

When I came to the U.S. on a green card lottery, employers did not accept my Kenyan degree and work experience, so I had to start all over again. I went to culinary school at The Art Institute of Atlanta where I learned knife skills, butchery and cooking the American way, things we weren’t taught in Kenya. Once I started working at the Georgia Dome and Starwood Hotels, I continued to seek opportunities to acquire other skills, like accounting, profit and loss, purchasing and ordering. This was above my pay grade, but I wanted to learn more so I could rise up. When you are organizing a dinner for 600 people, you have to know how many gallons of sauces to make and how many pounds of meat to order, because you don’t want to run out while plating, but you also don’t want to over order. I learned to do math in different ways I didn’t even know were possible!

“Sisterhood means that we, as women, need to support each other, because we are powerful. We can move the world, but only if we work together instead of going against each other.”

Coming from Africa, we are never taught how to advocate for ourselves. The managers see how you perform and then recommend you for a promotion. Here in the U.S., you seek out opportunities proactively and apply for the position you desire. I did not know that. I was fortunate that my mentors pushed me in the right direction and guided me to train more. Initially, the chef who endorsed me for the banquet sous chef position said, “I am sorry that I never saw you. Why didn’t you come to me and tell me that you were interested in the position?” Within six months, I showed him what I could do and got the job.

I still feel that we, as women, have to work two to three times harder than our male counterparts, because as a woman, it is harder to be seen and to be recognized. It doesn’t matter how much education you have. As women leaders, we are told we are too emotional. But I am very firm and stern in what I say and do. I make sure that I am kind, but won’t allow anyone to walk over me. My team likes it when I sit down and talk to them, but they don’t want to hear that I am disappointed in them. So they try as hard as possible to do things correctly the first time.

I am the first one in and last one out. I try to understand how everyone works, what their strengths and weaknesses are, because that helps me understand where to place people. I do get stressed because I work long hours, and I have to deal with my employees, vendors, bosses and guests. But if I yell or scream in the kitchen, which I have done once, I go back and apologize. We talk things out and earn each other’s respect.

The other challenge we face is not being heard. In the past, when I would be in meetings and had something important to contribute, I was brushed off quickly. I observed how the male chefs were asked their opinions while my suggestions were ignored. That hasn’t happened at The St. Regis. Here, I am very respected and I am heard, which I love.

It took me a while to get to be where I am now, but it was well worth it. Because by the time I got here, I was ready.

“I still feel that we, as women, have to work two to three times harder than our male counterparts, because as a woman, it is harder to be seen and to be recognized.”

Sisterhood means that we, as women, need to support each other, because we are powerful. We can move the world, but only if we work together instead of going against each other. That’s what I try to do. I try to push women to do things well and tell them to control their emotions at work so they are not left behind. I am big on females leading and I push hard for it. My team is around 80% female because I am insistent on growth for females in a male-dominated industry.

Before the pandemic, I was mentoring six young girls attending culinary school in Kenya. We talked every week on WhatsApp. I would send them pictures of my creations here, so they can have a wide range of ideas when it comes to cooking, plating and layouts. I advised them to get into the J-1 visa programs so they can come to the U.S. for additional training and international experience. I am also in collaboration with Kennesaw State University’s hospitality program and teach students there.

I tell my mentees that women can do as well as men, or even better, and they should not allow anyone to discourage them. My advice to women is to not box themselves, but be open to learning more, and explicitly ask people to teach you what you want to know. Be aware of the challenges you are facing but also know what your end goal is.

This interview has been edited for clarity and length.