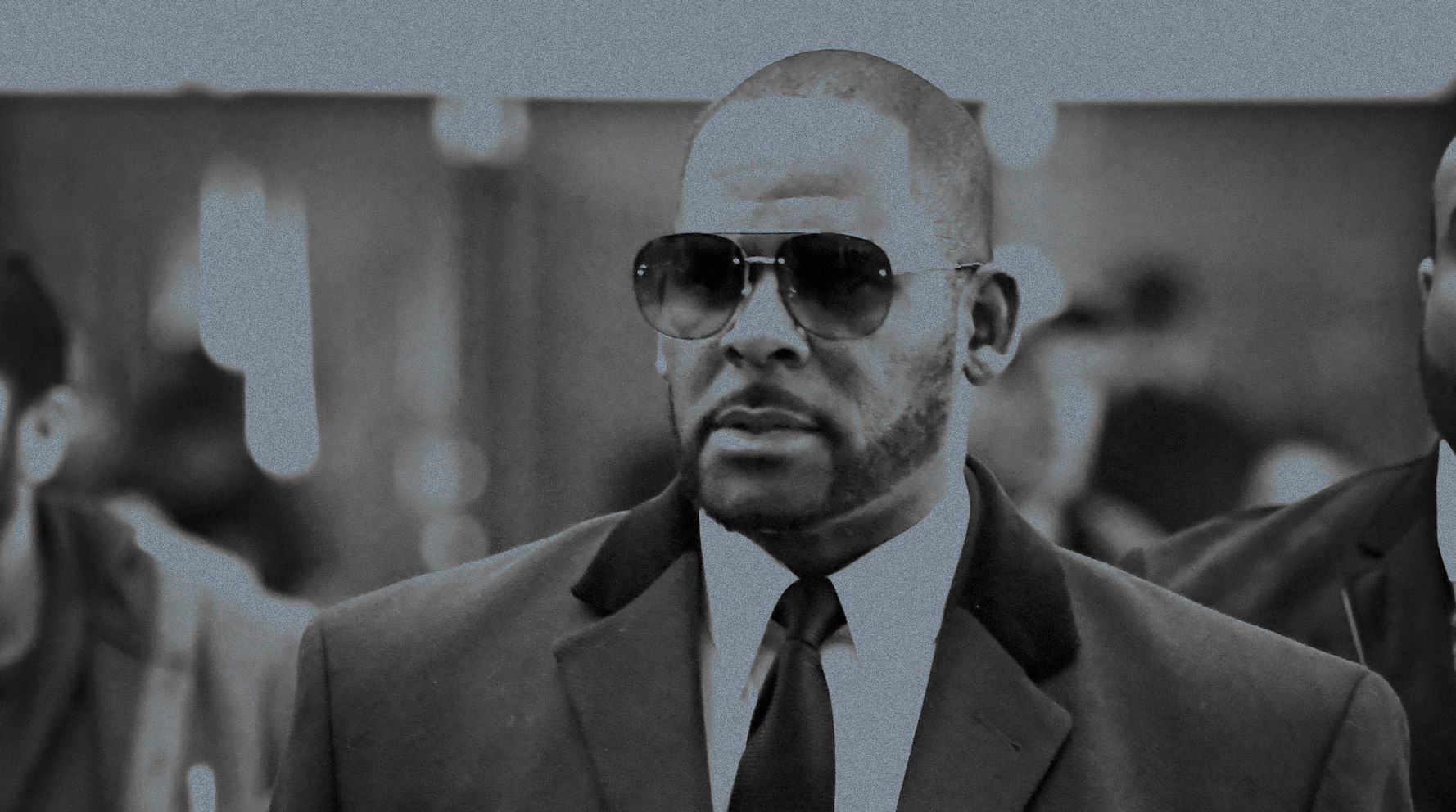 NEW YORK — A Jane Doe in R. Kelly’s criminal trial testified this week that the R&B singer knowingly gave her herpes during their yearlong relationship.

“He did it. I knew it was him,” Doe said, referring to an outbreak of herpes she had after her last sexual encounter with Kelly in February 2018.

Doe, who was referred to throughout her testimony as Faith, told jurors Tuesday afternoon that she met Kelly in 2017 at one of the singer’s concerts in her hometown of San Antonio, Texas. She was 19 years old and Kelly was 50 at the time.

Based on prior testimony, Kelly had been informed by his physician several years earlier that he had herpes. It’s illegal not to disclose you have herpes and still have sex with someone in both California and New York, two states in which Kelly had sexual encounters with Faith.

The now 24-year-old recounted the moment she found out she had herpes, alleging that she contracted the disease from her sexual interactions with Kelly. She said around the third day after she arrived home from visiting Kelly in New York she started coming down with a cold, and the day after her “mouth was inflamed with bumps.”

“I was freaking out. … It looked disgusting” Faith said. “I went to urgent care and they tested me for herpes and it came back positive.”

Prosecutors repeatedly asked Faith if Kelly had ever told her he had herpes or any other sexually transmitted diseases. Faith responded that the singer never informed her he had any STDs including herpes. The first time the two had sex, in May 2017, Faith asked if Kelly had a condom and she recalled him saying, “I don’t need a condom.”

Kelly seemed to become visibly frustrated throughout Faith’s testimony. He repeatedly shook his head while she was speaking and seemed to become the most aggravated when she spoke of a time he wasn’t able to perform sexually.

The R&B singer is facing five federal charges, including one count of racketeering and four counts of violating the Mann Act, which prohibits taking minors across state lines for the purpose of prostitution. Kelly’s criminal trial began two weeks ago at the Brooklyn federal court building.

Another Jane Doe who testified earlier in the trial alleged that Kelly gave her genital herpes when she was 17 years old. Doe said the pain was so bad from the first flare-up that she wasn’t able to walk. She said she continued to have “very intense” pain during sexual intercourse, which prevented her from having sex with Kelly sometimes. “I think your pussy is broken,” Doe said Kelly told her at the time.

Faith sued Kelly in May 2018 for allegedly giving her herpes. Prosecutors showed a letter from Kelly to Faith’s attorney threatening to publish nude photos of Faith if she continued with the lawsuit.

The victim’s relationship with Kelly was similar to those of other Jane Does who have taken the stand in the singer’s criminal trial. She said Kelly was controlling and made her abide by strict rules including calling him “Daddy” and informing him where she was at all times. She said he routinely video recorded their sexual interactions, took nude photos of her, and instructed her how to act in bed including what to say and how to moan.

“He said he likes a woman that reminds him of a puppy, his daughter or his mom,” Faith recalled.

Faith also testified that Kelly told her he loved her the first week they met — something other accusers have described Kelly doing as well.

He said he likes a woman that reminds him of a puppy, his daughter or his mom.
Faith, Jane Doe in R. Kelly trial

Faith traveled to five different cities to see Kelly over the course of their relationship, which lasted from March 2017 to February 2018. She testified that one of Kelly’s assistants booked her travel, and all expenses were paid by the R&B singer.

Unlike with past accusers, Faith did not say she was physically or sexually abused, but that she did have sexual interactions with the singer that made her feel uncomfortable. One specific sexual encounter in 2018 made her feel “intimidated,” she testified.

When Faith went to visit Kelly in Los Angeles in January 2018, she said he punished her for not standing up and greeting him with a kiss when he came into the studio. She testified that he left her in the studio for several hours, and when he came back he told her to take off all of her clothes and made her walk back and forth in front of him.

He then brought her into a smaller room that was the size of a walk-in closet, Faith testified.

“When I entered the room there was a gun right in the middle, on the ottoman, and I hesitated,” she recalled. She said she was “intimidated” by the gun Kelly had in the room. “At that point, I was like, he’s unpredictable … because how do you go from this to that?” she said, referencing his erratic demeanor.

Faith said Kelly told her to get on her knees and proceeded to put his hand on the back of her neck while she gave him oral sex. The entire time she was performing oral sex, Faith said, the gun was visibly near Kelly.

“I was under his rules and he had a weapon, so I wasn’t even going to step out of line,” Faith told jurors.

Prosecutors later showed a video of Faith and Kelly that Kelly took in the Los Angeles studio after the sexual interaction involving the gun. Although the video was not shown to the press, the audio was played. The video, which showed Kelly instructing Faith how to sit and how to speak to him, also had Kelly’s music playing in the background. While the courtroom was watching the video and listening to the music, Kelly started vibing to his own music: He began nodding his head and playing air piano with one hand while sitting next to his defense attorneys.

Faith also testified that a woman who worked for Kelly, Cash Jones, allegedly tried to blackmail her into not participating in “Surviving R. Kelly,” a documentary series about Kelly’s alleged abuse that aired on the Lifetime channel in January 2019.

During a trip to New York City to see a preview of the docuseries, Faith said Jones reached out to her to meet up because she wanted to “discuss some files.” The files included nude photos that Kelly had taken of Faith when they were in a relationship. “She said this is what he had planned to put out if we went forward with the documentary,” Faith recalled Jones telling her.

Faith did end up participating in the “Surviving R. Kelly” series. Days after the premiere, the same photos Jones had of Faith were published to a Facebook account called “Surviving Lies.”

Defense attorneys will continue Faith’s cross-examination likely for the rest of Wednesday. Kelly’s criminal trial is expected to continue through September.

Samuel L. Jackson Blasts Clarence Thomas After The Justice Calls To Overturn Ruling For Same-Sex Marriage
Twitter Is Blasting Kimberly Elise For Celebrating The Overturning Of Roe V. Wade
‘It Can Kill Us’: Protester On The Dire Cost Of Forced Birth For People With Disabilities
James Pickens Jr. (1954- )
Idris bids to takeover Channel 4