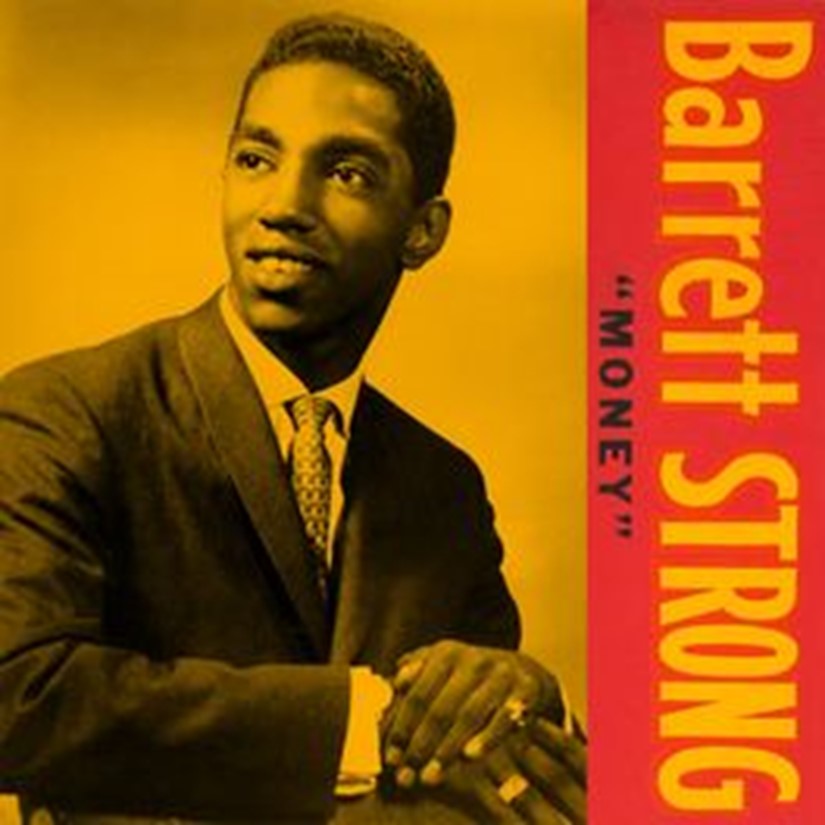 Legendary composer Barrett Strong, Jr. was born on February 5, 1941, in West Point, Mississippi, to Barrett Strong Sr. and Cloteal Gladney Strong. He grew up in Detroit, Michigan after his parents moved to the city. His siblings were Vera Mar Cole, Carolyn Ward, Lessie Perry, and Ester Tyson. Strong began piano studies as a teenager and graduated from Central High School in Detroit in 1959.

Barrett Strong was the singer to record a hit for Motown Records. In 1960, his single, “Money That’s What I Want,” was released on Tamla Records, a division of the Motown label, and peaked at no. 2 on Billboard R&B chart and no. 23 on the pop chart. It was the first million selling record for Motown. Strong, 19 at the time, was first listed as a joint author of the tune but his name was later removed, leaving Motown executives Berry Gordy and Janie Bradford as the writers of record. They claimed his initial listing as the song’s composer had been a clerical error.

In 1961, Strong left Motown and Detroit to freelance in New York, Philadelphia, and Chicago. During that year, Strong released a single for Atco Records, “Seven Sins.” It did not chart. Strong co-produced the single “Stay in My Corner” that the Dells performed in 1965. It peaked at no. 23 on the Billboard R&B Singles Chart. By 1968, Strong had returned to Motown and co-authored numerous songs for the label including “I Wish It Would Rain,” for the Temptations, and “I Heard It Through the Grapevine” first performed by Gladys Knight and the Pips and later by Marvin Gaye. In 1969 he wrote “Too Busy Thinking About My Baby” for Gaye.

With demonstrations against the ongoing Vietnam War as a backdrop, Strong co-authored Motown’s most successful the protest song, “War,” which Edwin Starr released in 1970. The single reached no. 1 hit on the Billboard Hot 100 chart and sold over a million records. The following year (1971) he produced with Norman Whitfield the single, “Just My Imagination Running Away With Me” released by the Temptations.  It peaked at no. 1 on Billboard Hot 100. In addition, he received the NAACP Image Award for Outstanding Composer.

In 1972 at the 14th Annual Grammy Awards, Strong received an award for Best R&B Song for his composition, “Papa Was a Rollin’ Stone.” Strong left Motown again and signed with Capitol Records. In 1975 he returned to the studio as a singer and released the album, Stronghold, which reached no. 47 on the Billboard Black Albums chart, He continued composing until 1988 when he wrote the song “You Can Depend on Me” featured in the Dells’ album, The Second Time.

In 2004, Barrett Strong was inducted into the Songwriters Hall of Fame. While his performing career never progressed beyond the success of the hit “Money That’s What I Want,” he became a sought-after composer and lyricist who helped make Motown the leading black-owned record label of the 20th century.