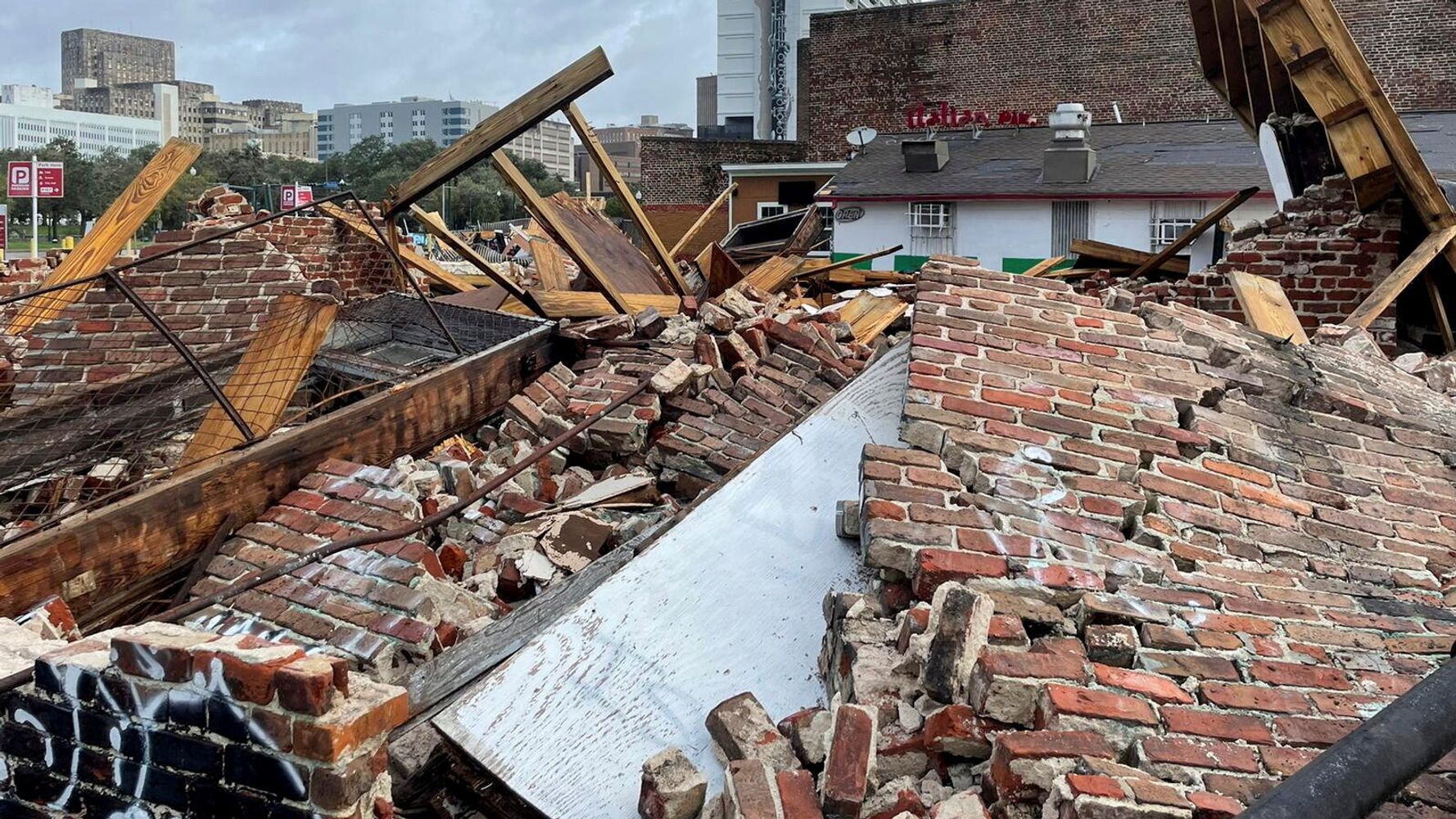 In video filmed Monday and shared on social media by CBS42 reporter Jack Royer, a collapsed mound of rubble can be seen where the store once stood. Armstrong lived in the building as a young boy alongside the Karnofskys, a Jewish family that took him in, fed him and hired him to work on their coal and junk wagons.

Armstrong credited the family for instilling a love of singing in him, John McCusker, a retired journalist and jazz researcher who guides a “cradle of jazz” tour in the city, told WWL-TV.

The Karnofskys loaned Armstrong the money for his first cornet after he graduated from a small tin horn he liked to play. Armstrong recalled the purchase in an interview documented by WWOZ, a jazz station run by the New Orleans Jazz & Heritage Foundation.

“After blowing the tin horn ― so long ― I wondered how would I do blowing a real horn ― a cornet was what I had in mind,” Armstrong said in that interview. “Sure enough, I saw a little cornet in a pawn shop window ― five dollars ― my luck was just right. With the Karnofskies loaning me on my salary ― I saved 50 cents a week, and bought the horn. All dirty ― but was soon pretty to me.”

The building was one of three significant early jazz landmarks on the 400 block of South Rampart Street. All three were designated historic landmarks in 2009, opening the door for a preservation effort aimed at goading their private owners into restoring the structures.

“There is probably no other block in America with buildings bearing so much significance to the history of our country’s great art form, jazz,” John Hasse, curator of American Music at the Smithsonian Institution, told The Times-Picayune at the time.

“It would be a terrible shame if these structures were allowed to disintegrate,” Hasse told the paper. “They hold the potential to tell remarkable stories about the culture of New Orleans and the music of America.”

Offset Performs For The First Time Since Death Of Takeoff
Black Fireman finds a noose left in his locker
After A Year, Miami Man Is Arrested For Murder Of Woman Who Attempted To Catch Him With Stripper
Bling Bling: 5 Songs From Cash Money’s B.G. That Every Gen-Zer Should Get Familiar With
Audie Cornish On Leaving ‘All Things Considered,’ Her New Podcast And The Art Of Interviewing