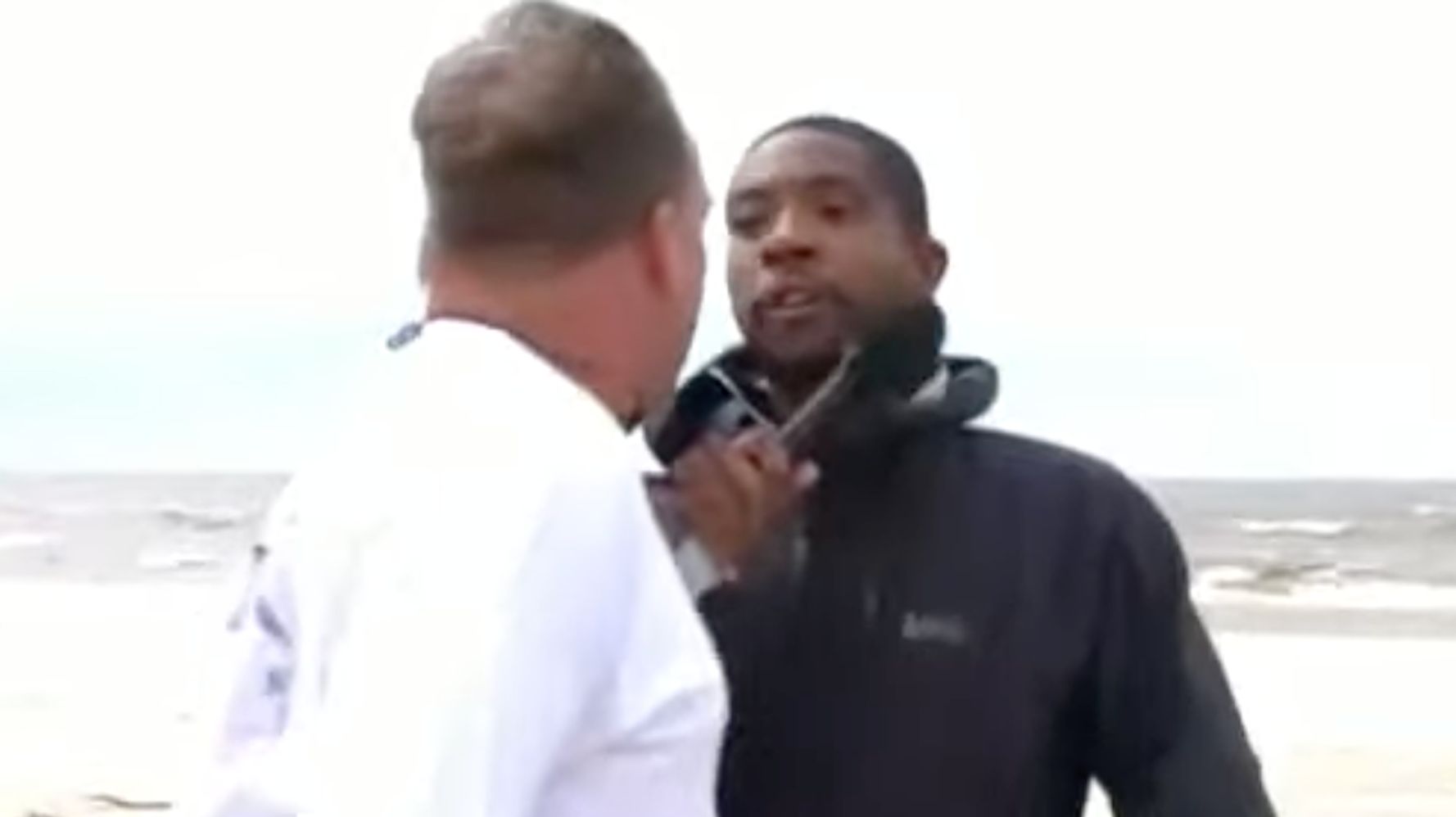 MSNBC correspondent Shaquille Brewster was reporting on Hurricane Ida Monday morning when an angry white guy stormed in to object.

Brewster was doing a segment on conditions in Gulfport, Mississippi, when a truck pulled up behind him on camera.

A middle-aged white man ran up to the news crew and started yelling about reporting the news “accurately.”

Brewster, who is Black, calmly moved away while continuing the report, but the uninvited guest kept yelling at him and the camera operator. It got so bad that Brewster tossed the feed back to the newsroom, “because we have a person who needs a little help right now.”

At that point, the intruder ran toward Brewster and got within inches of his face.

A Mississippi man just drove up to Shaquille Brewster’s live shot and started screaming about covering the hurricane accurately pic.twitter.com/kHG0omBVSJ

MSNBC anchor Craig Melvin was shocked by the encounter.

Melvin later told viewers that “one of our correspondents was disrupted by some wacky guy during his live shot there in Mississippi,” but that he was “pleased to report that Shaquille Brewster is just fine. Shaq is OK.”

No further details about the confrontation ― or the man who initiated it ― have been released, but Melvin later called the man’s behavior “unacceptable and disgusting” on Twitter.

This is beyond unacceptable and disgusting. @shaqbrewster was trying to do his job on a beach in Gulfport, MS. Shaq is ok. This guy who nearly attacked him clearly is not. https://t.co/tMNFVhvTf1

Brewster himself chimed in on Twitter to say that “the team and I are all good.”

Appreciate the concern guys. The team and I are all good!

Still, many Twitter users found the video disturbing on a number of levels.

Here’s a white dude after a hurricane with nothing better to do than yell at a black man doing his job. https://t.co/2LP1Oy7Hpc

This fool was shouting anti-media epithets and telling @shaqbrewster to “report accurately,” which is what Shaq was doing. All is well now. https://t.co/LboYHqDD8K

Reporters doing the hard work of reporting live from a hurricane to give the pubic needed information are getting this? Insane https://t.co/wHkQlWEeXo

Another day of being Black in America. https://t.co/yz26eigud3