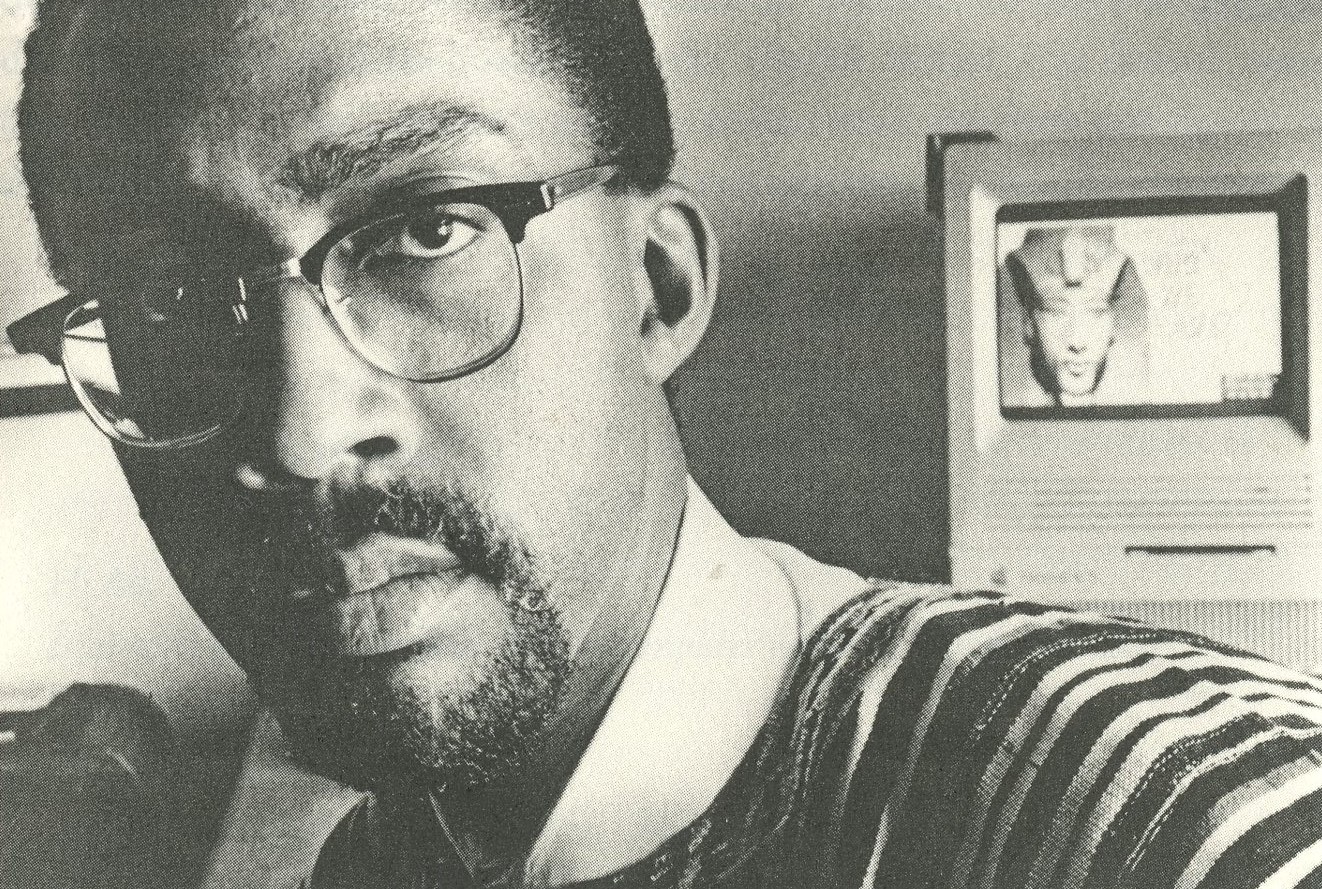 Kamal Al Mansour is an African American artist and inventor who graduated from University of California Los Angeles in 1981 with a degree in Political science. He then attended law school and earned a Juris Doctorate degree from the University of California, Hastings College of the Law in San Francisco in 1984. Al Mansour started his career at NASA Jet Propulsion Laboratory (JPL)in 1985 by working as a contract negotiator for Caltech and the Department of Energy (DOE). He worked with GTE Government Systems Division, which turned Air Force technology into what is now known as GPS navigation system.

Al Mansour founded CPTimeOnline and developed AfroLink Software in 1988 after realizing that there was no Black representation in Software. These software programs included educational, historical, political, technical, and other information about African, Caribbean, and African American history and culture. Al Mansour became the face of Black software entrepreneurship in the 1990s, appearing in EMERGE, Black Enterprise, Seattle Times, Wall Street Journal, Windows magazine, MacWeek magazine, and a variety of other publications. He also made appearances on CNN, Headline News, and various local news organizations.

AfroLink was marketed to K-12 schools, colleges, and universities, and clients throughout the United States, the Caribbean, Canada, Africa, and Europe for four years. Despite its initial success and numerous buyout offers to its founder, the software had a loyal but dwindling following as it competed with the competitors on the emerging Internet such as Netscape whose browser made information including data on Black history and culture freely accessible.

Commercially sold software such as AfroLink became increasingly obsolete due to the web’s accessibility.

Al Mansour returned to corporate America in 1998 and then transitioned from corporate law to IT. In 1998 he launched unVOZ.com in an attempt to repurpose AfroLink content. The site’s Afrocentric art, tee shirts, hoodies, and clip art were instant popular to a segment of the African American community.

In 2003, Al Mansour decided to return to art after experiencing several life-changing events, including the death of close relatives. Between 2005 and 2007 he displayed his art in the Los Angeles Municipal Art Gallery, Brand 35: Borders, the 35th Annual National Juried Exhibition of Works on Paper, the Brand Library Art Gallery (where he was awarded the Peggy Lund Hayek Donor Award), and other venues. With work on display at the 11th Annual Art of Living Black Exhibit co-sponsored by San Francisco Bay Area venues including the San Pablo Art Gallery, Richmond Art Center, and Prescott-Joseph Center, the Joyce Gordon Gallery in downtown Oakland, the Esteban Sabar Gallery in Oakland, and Stanford University. By the end of the first decade of the 21st century, Al Mansour had established himself as a notable Bay Area artist.

In 2020, Al Mansour published his first book Divine Consciousness: From a Dystopian Diaspora to Afrofuturism. His artwork work was featured in the Storied References exhibition at the Northern Illinois University Art Museum in 2021. Al Mansour’s early career as the founder and president of AfroLink Software continues to influence his work, he continues centers his art on uplifting Black culture and history.